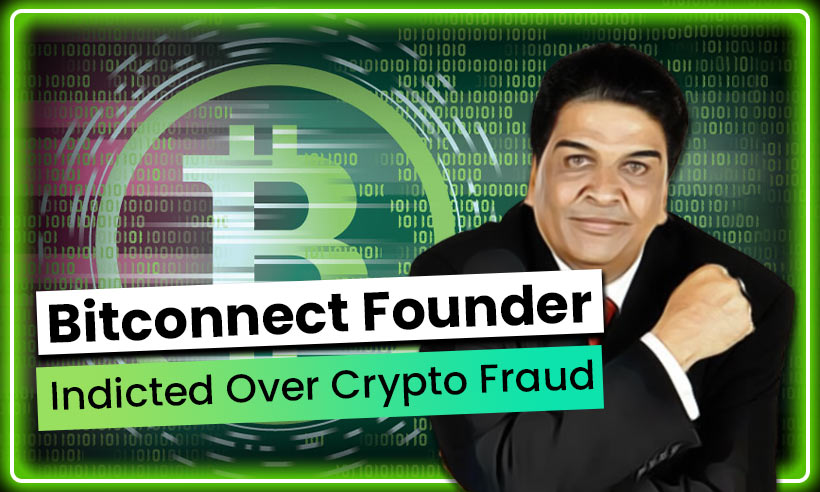 It will just be a matter of time until authorities catch up on BitConnect founder Satish Kumbhani and face the charges against him.

Kumbhani was accused by a US federal grand jury for orchestrating a $2.4 billion bitcoin Ponzi scam.

The 36-year-old Kumbhani, of Hemal, India, is still on the run following his 2018 abandonment of the program. If convicted of all charges, he faces up to 70 years behind bars.

Kumbhani is charged with scamming investors over BitConnect’s cryptocurrency “loan program,” in which he claimed the company’s patented technology would create big rewards for investors by watching crypto exchange markets.

Kumbhani and his co-conspirators promoted the cryptocurrency investing platform’s “BitConnect Trading Bot” and “Volatility Software” as being capable of generating guaranteed returns by trading on the cryptocurrency exchange market’s volatility.

BitConnect was a phony bitcoin investment platform that began in 2016 and had a peak market valuation of $3.5 billion, according to the DOJ.

After a year, the BitConnect founder terminated the lending program, but managed to manipulate the price of BitConnect Coin (BCC) in such a way that it appeared to be still profitable. BitConnect Coin peaked at $463.31.

Additionally, Kumbhani and his co-conspirators hid the whereabouts and ownership of the scam proceeds collected from investors by commingling, cycling, and trading the funds via BitConnect’s cluster of cryptocurrency wallets and several foreign related exchanges.

Based on the indictment, Kumbhani circumvented US financial sector standards, including those administered by the Financial Crimes Enforcement Network, in order to escape regulatory monitoring and control of BitConnect’s bitcoin offering.

The US Securities and Exchange Commission charged Kumbhani in September for his role in the $2 billion scheme. He and BitConnect’s main promoter, Glenn Aracro, pleaded guilty.

Arcaro received a portion of each investment made through BitConnect’s lending programs as a director. He pocketed up to 15% on each trade, amassing a total of nearly $24 million.

The DOJ announced last November that it would sell $56 million in cryptocurrency confiscated from BitConnect’s top marketer in “the biggest single recovery of a cryptocurrency scam by the US to date.”