Today, the days of hobbyist crypto miners are long gone, and thanks to the growth of larger miners (namely Bitmain) we can enjoy a more reliable, stable and faster network. However, this comes at a price. More than 90% of the overall Bitcoin hash power is owned by less than 20 companies.

Satoshi designed a near perfectly balanced, trustless system to prevent rogue actors from taking control. The proof-of-work (PoW) mechanism sits at the core of this system and drives the growth of the decentralized network by rewarding participants who provide computing power. This makes the network more stable and secure and is also known as “mining.”

But the creator of Bitcoin underestimated the implications of PoW and that the development of ASIC hardware could result in the centralization of power in hands of a few players, ultimately posing a significant threat to the decentralized networks.

As the Bitcoin network began to grow rapidly, so did the increase in demand for computing power, and finally, PoW led to fierce competition between participants, subsequently making it harder and harder for smaller miners to stay relevant and profitable. This trend was further exacerbated by the increasing prices of cryptocurrencies. As more and more serious companies became involved, the competition became a race to create better, faster and more efficient mining equipment.

Bitmain: Monopoly and Risk of a 51% Attack

Bitmain is the clear winner of the mining race, the Chinese company earned $2.5 billion in revenue in 2017. Bitmain’s products are superior, their ASIC miners require less power and achieve greater hash rates, ultimately resulting in higher profits. It’s not a surprise that savvy miners, mostly motivated by profit, have opted for the equipment that achieves the highest return on investment. Bitmain’s hardware business combined with their ownership of the largest mining pools in the world has given Bitmain the power to influence and effectively control the Bitcoin network. 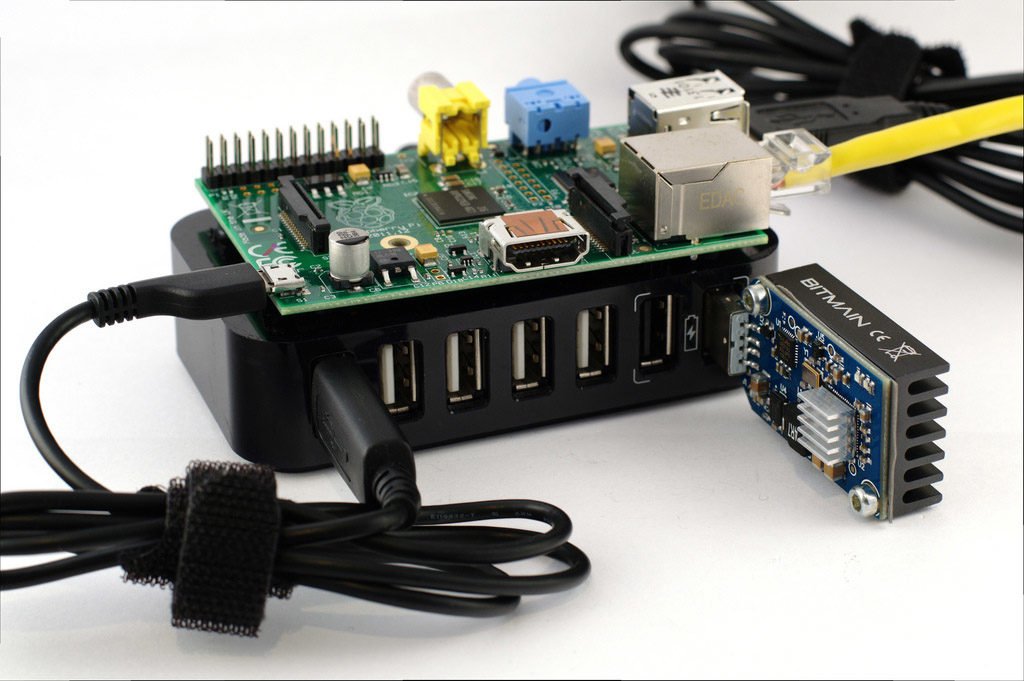 One of the consequences of such dominance is the centralization of the network, which makes Bitmain’s business itself the largest threat to the network. As recently pointed out by Vitalik at a conference in Zug, Bitmain controls close to 53% of the hashrate, which poses a serious risk of a 51% attack. Although it is unlikely that such an attack would come from Bitmain as it would destroy their business model, it is nevertheless an unacceptable situation if Bitcoin is to win the trust of the broader community.

The Bitcoin network experienced a similar situation in 2014 when the Ghash.IO mining pool reached a hashrate close to 51%. Ghash.IO then made a voluntary statement, promising that it will not exceed 39.99% of the overall Bitcoin hashrate. The team also encouraged other pools to follow the example for the benefit of the whole community.

Although Bitmain is likely to continue to dominate, we have already observed strong moves from competitors gearing up to challenge Bitmain’s position. The Innosilicon A9 ZMaster has a hashrate of 50ksol/s, beating out the Bitmain Antminer Z9 at 50 ksol/s and achieving profitability of $83.10/day verses Bitmain Antminer Z9’s $65.47/day (at the time of writing this article).

Selecting smaller mining pools, outside of Bitmain’s influence can be another way to fight off centralization and potentially mal intentions. In order for this to happen, miners will need to work together to establish alliances and move their hashing power to alternative mining pools or start their own pools. This is in line with the spirit of the values of the decentralized world, which hopefully are deeply rooted, at least among some crypto miners.

Potentially considered idealistic or old-school, GPU mining is still a valid option and can be profitable with the right setup. Creating mining rigs that can mine any cryptocurrency, including ASIC-resistant coins is generally good practice.

The Future is Decentralized

Bitmain has indeed helped to create a stable and more secure blockchain that delivers with determination and speed. However, what once meant security is now turning into the biggest threat to the Bitcoin network thus far. It’s now paramount for the community to work together to diminish Bitmain’s position in an effort to create a fair, decentralized system that benefits the community as a whole, without the risk of centralization.

[Note: This article was written by guest author, Luke Szkudlarek, Digital Strategy Lead and Founding Partner, What.Digital. Luke has over ten years of international experience in the digital sector, having worked in companies and marketing agencies across the UK, Poland and Zurich. Now Luke leads growth hacking strategies for ICO projects at What.digital, Luke has helped to raise more than $50m through a number of ICO projects. Luke is active on the Swiss startup scene, board member at the Swiss Finance + Technology Association.]