Bitcoin prices gained $300 in less than one minute August 22 in a leap the cryptocurrency community is broadly attributing to Hong Kong trading platform BitMEX going offline.

On Twitter, BitMEX said it had encountered additional problems with its login process, as well as a DDoS attack which had delayed the full restoration of its platform’s functionality.

Major trading platforms have been indirectly at the heart of the controversy over sudden Bitcoin price moves before.

Earlier this month, settling of futures contracts on Chinese exchange OKEx sparked alarm after executives reported manipulative behavior close to the settlement date. A forced liquidation of contracts worth around $416 million at the time coincided with Bitcoin losing $500 in a matter of hours. 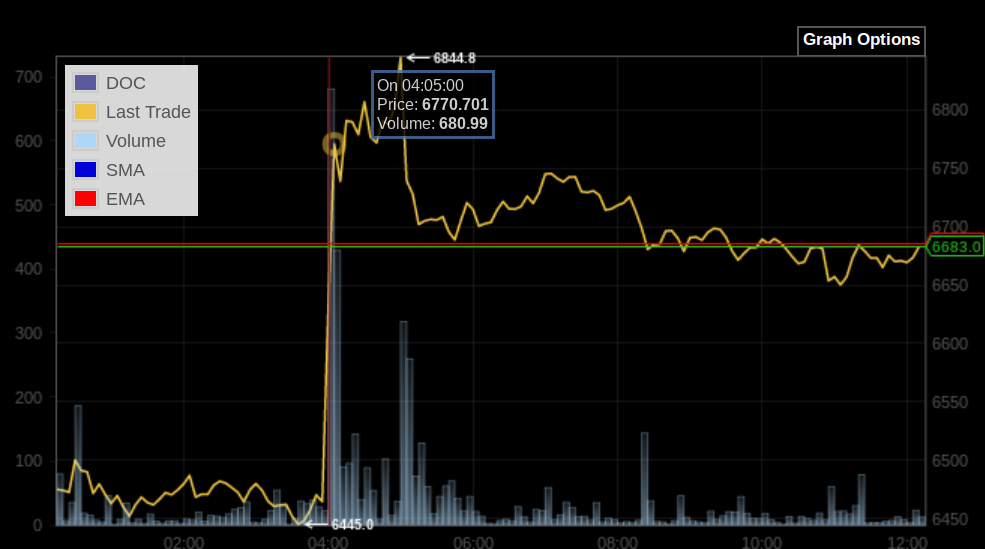 “The (Bitcoin) lightning +7% breakout during Bitmex’s downtime shows why odds of SEC approving the CBOE bitcoin ETF proposal should be close to zero,” he wrote on Twitter.

Even if no manipulation (that’s debatable) this stresses the importance of Bitmex, a fully unregulated market with 40% market share.

While it remains to be seen if the somewhat inorganic uptick will last, the event had the knock-on effect of lifting Bitcoin out of a sideways trading pattern which had lasted over a week.

Prior to that, a larger green candle in mid-July produced a full two weeks of enthusiastic price growth for Bitcoin before sentiment waned, dragging BTC/USD back from highs around $8500 to its starting position closer to $6400.

What do you think about BitMEX’s effect on Bitcoin prices? Let us know in the comments below!