Halsey Minor, Founder & CEO of Bitreserve, has announced that his company will make holding, sending, and converting the world’s major currencies instant and free, without charging fees and commissions normally levied by banks, credit card companies, and money transfer businesses. 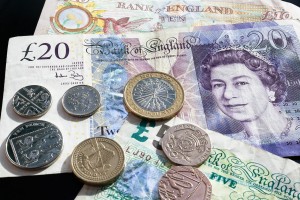 Minor says that Bitreserve is offering free transfer and conversion of the money for its members. According to him, his company is bringing the very same consumer-focused vision that drove the creation of CNET, Salesforce.com, OpenDNS, Google Voice, and the other cloud-based services that he founded or cofounded. He also claims that each of these companyies’ products and business models has demonstrated that fundamentally better products can be created at low-to-no cost to the consumer.

“Today I’m thrilled to announce that Bitreserve, the world’s first real-time transparent financial service, is also the world’s first zero-cost service. For the first time in history, the transfer, exchange and conversion of money can happen instantly, transparently and for free. The evolution of money has shaped and powered the economies of the world since its creation in the 7th century BC. Today it has taken its most important step in its long journey. We let our members convert and exchange money (excluding precious metals) for zero cost, zero fees, and absolutely for free, forever.”

The company believes in digital currency, and the potential it has to create a global financial system that allows people to control their money independently of banks. In a very short amount of time, Bitreserve has created a place for itself in the market as the world’s first financial service to publish a real-time, verifiable, proof of solvency. The company hopes to set a new standard for transparency and consumer protection that will define the future of the financial services industry.

Anyone can use Bitreserve’s services by creating a free account and enrolling in its new membership program. However, only verified members will gain access to Bitreserve’s growing list of new features, such as the free currency conversion and money transfers.

Bitreserve seems to understand the world-changing potential of digital money, showing its commitment by helping people take advantage of Bitcoin. The firm believes that by helping to remove billions of dollars in fees and commissions charged by financial institutions, it is creating a more fair and equitable world.

What do you think about Bitreserve’s new features? Let us know in the comments below!

Disclaimer: the writer of the story is neither associated with Bitreserve nor has any vested interest in the firm.