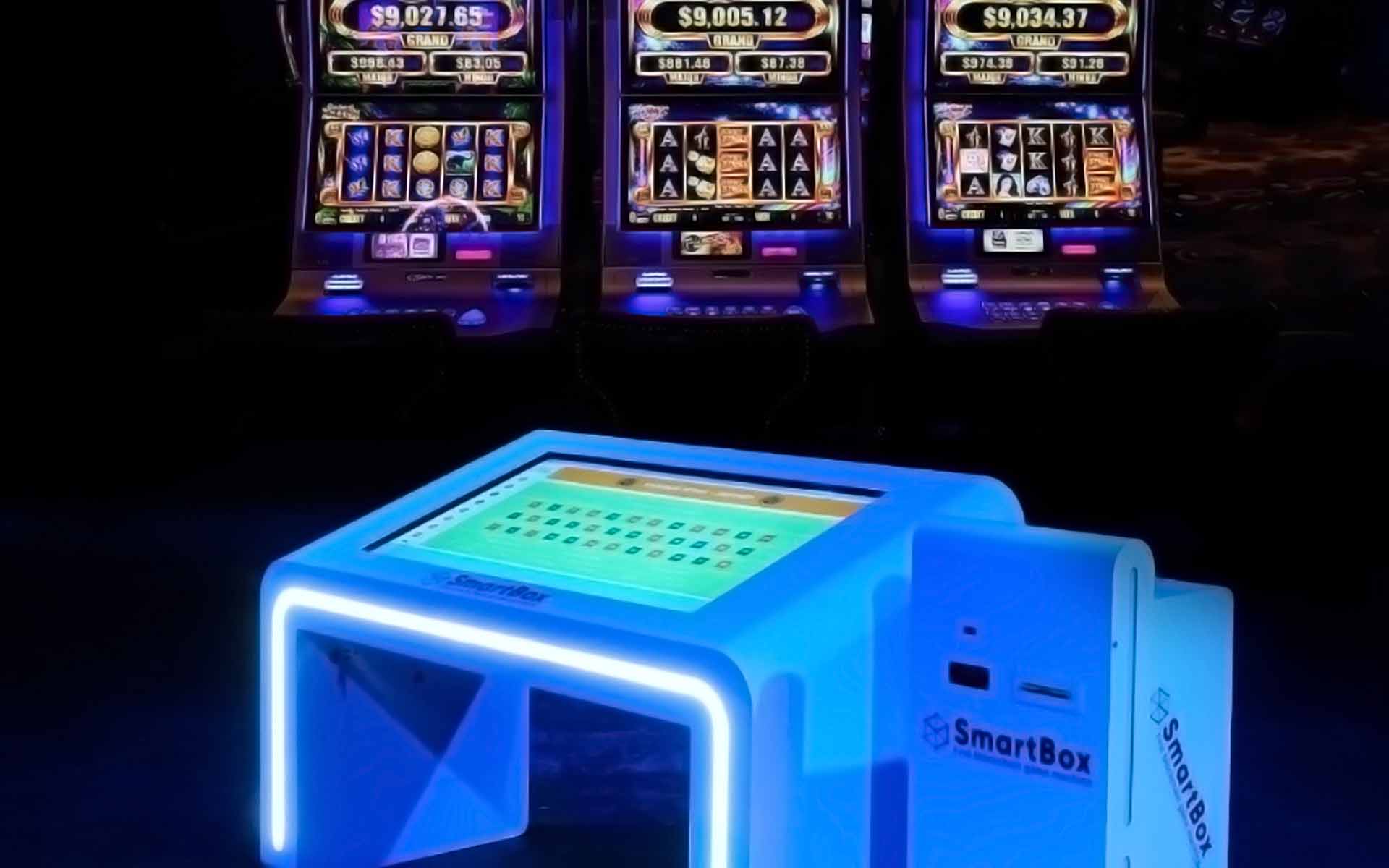 In the network appeared news that one of the offline casinos has placed a test model of the world’s first slot machine, fully working on blockchain technology. The futuristic style terminal developed by SmartPlay.tech represents the hardware realization of classical European roulette table.

Many online casinos have already switched to cryptocurrencies and invest millions of euros in the rapidly developing bitcoin market. For example, the PlayAmo platform spent $ 2.5 million to expand its services to include bitcoin payments offering attractive promotions and bonuses to its customers.

According to the international analytical resource TheBitcoinStrip, about 60% of the current transactions in the Bitcoin network are occupied by gambling bets, and the number of transactions made by gamblers per second has exceeded the mark of 337.

Such popularity of the cryptocurrency in gambling is caused by the absence of additional commissions, security of funds and unlimited withdrawals. But can the appearance of bitcoin completely reverse the view of how we used to see the casino?

The SmartPlay.tech company answered this question, challenging the traditional gambling. “In order to completely revolutionize the gambling industry, it is necessary to integrate new generation technologies such as Blockchain and Lightning Network, which will make casino activities more profitable for the operator and attractive to the player. We have a technical solution based on the ready-made software, which we can offer to big players in the offline market in the form of full-fledged equipment. ”

The project team has already announced its intention to launch a full line of new SmartBox machines, to which other games can be connected, for example, online slots, blackjack, bingo or poker. Now the company is at the stage of negotiations with the game design studios and slot machines developers. For the purpose of expanding the presence in the market is undergoing the process of legal registration of project activities.

The basic configuration of SmartBox machine includes a touch screen gaming table, a terminal for depositing fiat money, and a QR scanner for connecting cryptocurrency wallets. The gambling software is developed on the technology of blockchain, which has been successfully tested in SmartPlay.tech products. In particular, a model of operational efficiency which ensures that casino profits are always higher than its costs by optimizing transaction commissions to a minimum market price of a few cents was proved in practice.

The first sample of the machine has already been put on closed testing in a land-based casino in order to measure the performance indicators of blockchain technology in the real economy of a gambling establishment. Within the testing, it is planned to obtain actual data, including game time, average spending, turnover, number of players, and also make a portrait of the target consumer. In the case of a successful experiment, mass production of the full-fledged SmartBox machine will be launched.

“SmartBox looks pretty reliable and I can see the technology is going forward, so I give my thumbs up and hope everybody can join as well,” says Philipe Comini, CEO of the Gimmer project, an algorithmic trading platform for Bitcoin and other cryptocurrencies, “it’s a very revolutionary technology introducing the blockchain on gambling, and I’m really watching for SmartBox.”

The preliminary success of the decision is conditioned, among other things, by the doubtless benefits for the casino. After all, the gambling establishment significantly reduces the cost of maintaining staff, automating the processes with the help of smart contracts. SmartBox does not need an accountant, a cashier, or a croupier, which saves large structures at least $ 200,000 a year. By saving money, the casino will be able to pay higher winnings, attracting a greater flow of visitors.

Now in the course of closed testing, players do not spend real money and do not receive real rewards. However, after the full-scale launch of SmartBox, bets, and winnings will be available not only in cryptocurrencies but also in shares of SmartPlay.tech in the form of RLT tokens.

By the way, RLT is automatically added as a bonus to each bet made regardless of the outcome of the game. Thus, each player becomes a partner and gains profit from the growth of the company’s capitalization and the cryptocurrency rate.  At the moment, SmartPlay.tech has already paid more than $ 300,000 to players, and the rate of the RLT token, which is traded on the LiveCoin exchange, just the day after the announcement of the SmartBox launch increased by 7 times.

As for the market share claimed by SmartPlay.tech, the game market volume is 88% in land-based casino versus 12% for online platforms. This means that the launch of the world’s first slot cryptomachine and RLT tokens have great prospects compared to analogues on the online casino market.