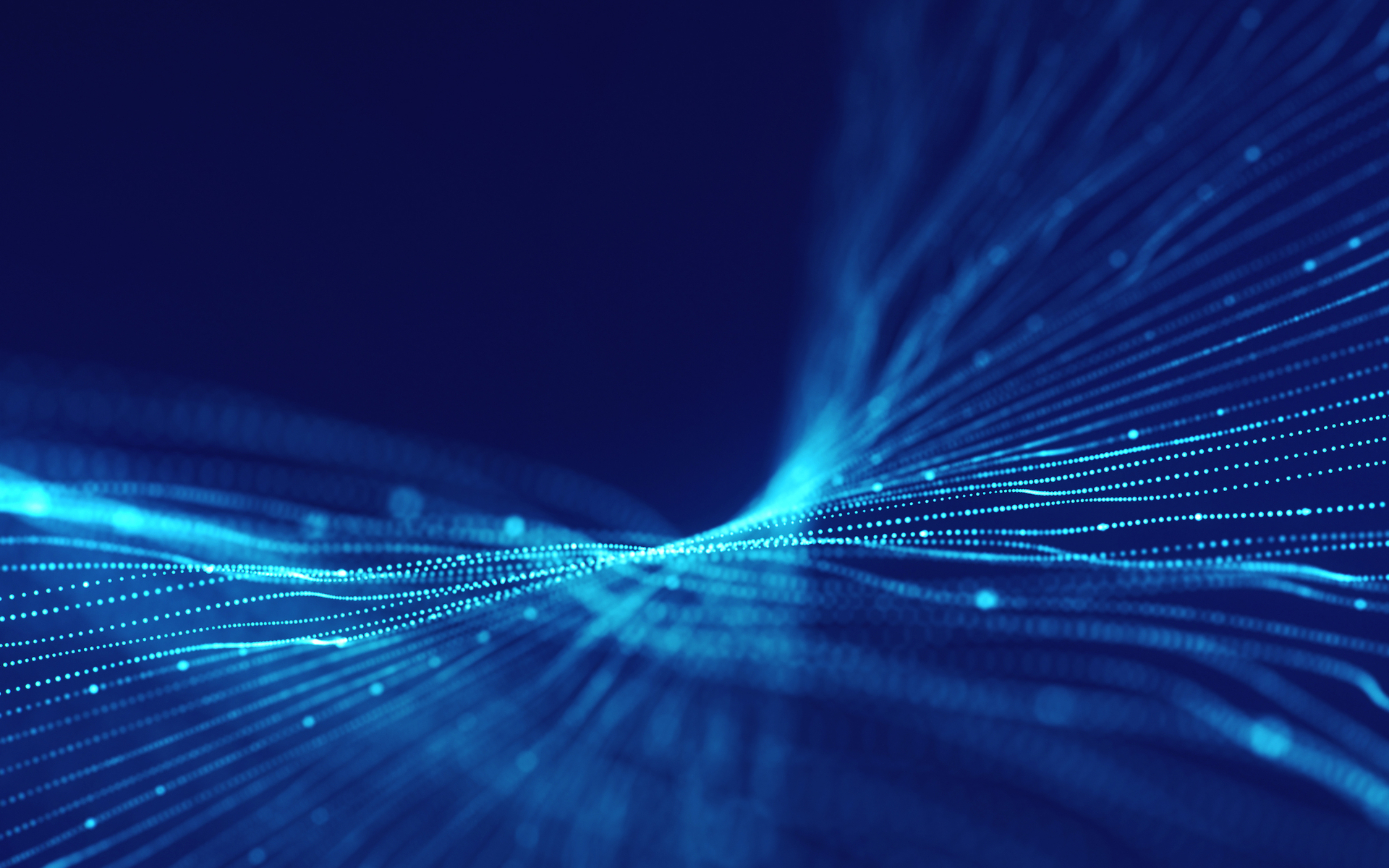 Blockchain Trends to Lookout for in 2020

2020 had a rocky start. US airstrikes in Iraq that killed Iranian major general Qasem Soleimani, protests across India against the Citizenship Amendment Act, Australian bushfires that have already led to the death of nearly half a billion animals and burnt ~15 million acres of land, continuing Hong Kong protests in opposition to the Fugitive Offenders amendment bill, Indonesian floods with a death toll of 66 and counting, etc.

Geopolitical brinkmanship has been worsened by climate calamities and this is reflecting in market sentiments with money moving to safe-haven assets – including bitcoin. Galaxy Digital CEO Mike Novogratz acknowledged the same.

To add to this political uncertainty, over the last few years, we have seen nations adopting protectionist policies that deter free trade and movement of goods, services and people thereby affecting free markets adversely. Moreover, with deepfakes and fake news on the rise, authoritarian administrations have clamped down on freedoms through mass surveillance and shutdowns.

Even widely used tech platforms are massively censoring content without checks and balances. As the trust deficit decreases across quarters, 2020 will see the rise of technologies that counter the ills of centralization while fighting misinformation. Consequently, authoritarian regimes will focus on consolidating control through permissioned protocols.

Traditional internet communication protocols and centralized control over web accessibility have led to the rise of privacy violations, frequent takedown requests, and unchecked internet censorship across the globe. For example, by October 2019, various countries had sent close to 400k content takedown requests to different platforms.

This has led to the popularity of Virtual Private Network services (or VPNs) which allow users to transact data over public networks privately. VPN applications have seen over 480M downloads in 2019 which is a 54% rise compared to last year as per a latest report. However, traditional VPN services are centralized and usually proprietary and closed-source.

Technically, centralized VPNs can keep logs of traffic (though many claims to have a no-logs policy) which are traceable and hence not private. There is also a possibility of a data breach in such cases. Decentralized VPN services which are blockchain-based are a solution to this problem and will see more adoption this year. These do not have a singular point of control and depend on multiple parties (nodes) to run the system.

Two major companies that are working in this space are Orchid and Tachyon Protocol each with their own approach to the issue. White Orchid is building an open-source internet protocol on top of the traditional internet stack, Tachyon is building an alternate stack to disrupt traditional communication protocols over the internet. 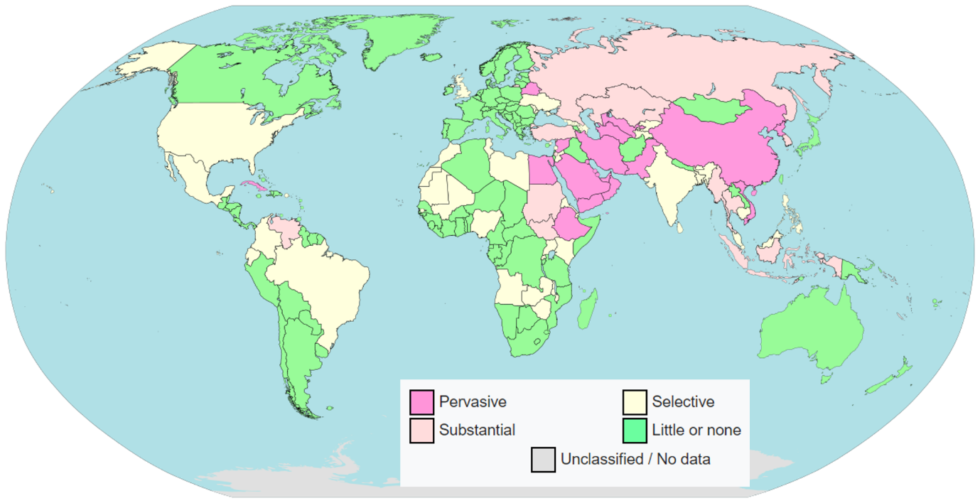 Towards the end of 2019, we witnessed YouTube abruptly removing hundreds of crypto-related videos without any explanation. Creators received a message that said the removal was triggered by a “harmful or dangerous content” flag with no recourse to recovering the content.

Subsequently, YouTube accepted that there was an “error” and reinstated the purged content. Following closely after, Google banned Ethereum wallet Metamask from its Play Store citing its policy to ban mobile mining apps even though Metamask provides no such services. Their appeals for a review were rejected by Google as well.

The ban was reversed later without an explanation. These incidents have made it amply clear how helpless creators are in the face of unchecked censorship from centralized platforms. A platform where censorship-resistance is inbuilt into the code and runs in a trustless manner would be ideal to counter this problem.

Just as censorship-resistance and decentralization will be some of the user-focused tech themes this year, software giants and governments will push for consolidation. Enterprise-grade permissioned blockchain frameworks are already operational in IBM (Hyperledger), Amazon (Amazon Managed Blockchain) and Microsoft (Azure Blockchain Service).

Regional giants are getting into the game too with India’s Reliance announcing plans to launch one of the world’s largest blockchain networks and Baidu launching its Xuperchain project. It is expected that some of these companies will adopt a federated blockchain approach so that the network is not purely centralized and shares nodes among a consortium of pre-approved players (Eg. Facebook’s Libra consortium). A federated blockchain is a hybrid between private and public chains. Blockchain-as-a-Service (BaaS) will also be an offering that will find takers in smaller companies looking for blockchain services.

2019 saw central banks of different countries exploring the possibility of CBDCs i.e. Central Bank Digital Currencies (digital versions of sovereign fiat) and multilateral discussions on Facebook’s Libra in this context at IMF and World Bank meetings. These discussions will start to materialize from this year. China has already announced plans to release its state-backed stablecoin, a digital yuan through the PBoC (People’s Bank of China) built on a permissioned blockchain. Some countries that have already issued their own cryptocurrencies are Venezuela (Petro) and Barbados (Barbadian Dollar). Other nations are expected to follow suit as well. 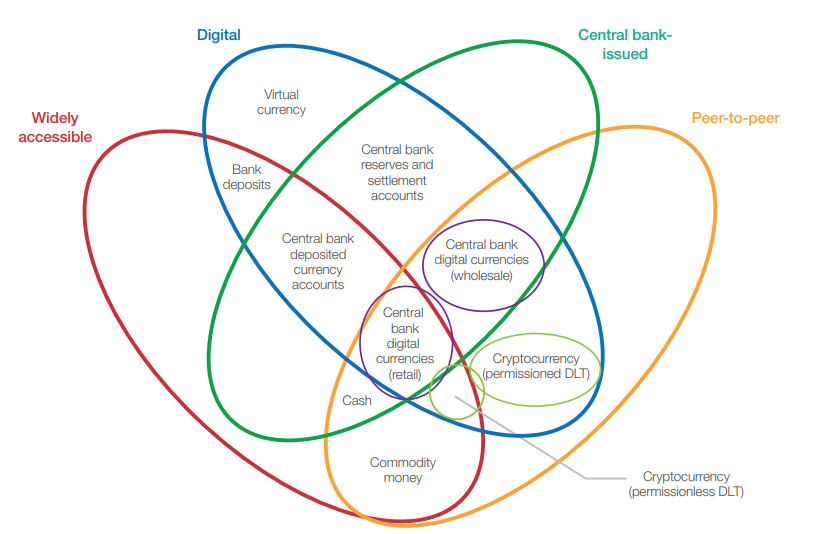 With more and more people going online to look for news, fake news and deepfakes have proliferated on different platforms, especially when it relates to politics. Evidence of it affecting opinions prior to major elections have also come to light. This has made it necessary to look for solutions that can spot misinformation without bias. With data integrity being one of the foremost features of blockchains, they are ideal to prove news provenance while staying neutral to the content being verified. The New York Times is already using IBM’s Hyperledger blockchain framework to authenticate news photos on an experimental basis. As the results of this experiment (named The News Provenance Project) are released, we will start to see more publications adopt blockchains to fight fake news. Some platforms that have built similar solutions are Civil and Amber.

As the development and spread of decentralized versions of traditional platforms catches speed, we will be seeing the foundations of the decentralized web being built in 2020 – a trustless, censorship-resistant internet that computers can understand, otherwise known as Web 3.0. The term essentially refers to a new generation of internet services and applications that can be read and interpreted by machines. But unlike the internet we have been used to, many Web 3.0 services won’t be free. While there will be pushback from conglomerates and nation-states, this new internet will be powered by publicly hosted hotspots (Eg. Helium), uncensorable websites (Eg. Unstoppable Domains), alternatives to TCP/IP (Eg. Tachyon) and other hybrid solutions (Eg. Sentivate) – all on public distributed blockchains.