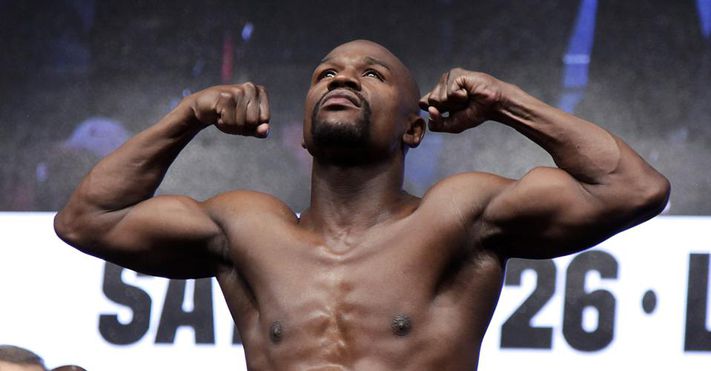 Boxing legend Floyd Mayweather plans to join the NFT craze by launching his digital collection on May 26th ahead of his fight with Logan Paul.

The NFTs Will Drop On May 26

Before his upcoming fight with Youtuber Logan Paul, boxing legend Floyd Mayweather will issue his own NFTs. With one-of-a-kind pieces, the exclusive collection honors Mayweather’s legacy in life and sport. After winning major titles in various weight classes, Floyd remained unbeaten throughout his professional career.

The NFTs will be a collection of artwork, videos, and rare memorabilia available to boxing enthusiasts and NFT collectors all over the world. IronBend combined forces with Reality Gaming Group and Zytara Labs in order to release the non-fungible tokens. “There will be a digital collection of 5 NFT pieces, including a rare 1 of 1,” Al Burgio, founder and CEO of Zytara Labs said.

Mayweather, the self-proclaimed TBE (”The Best Ever”), speaking on the initiative said:

”I started from nothing and beat all the odds to achieve what I did in my career and I think that’s the American dream. I don’t look at myself as a celebrity – I look at myself as an icon, one who made it. My name will always live on for the things that I did and the mark that I left in sports. These digital collectibles give everyone a chance to be part of the Mayweather Legacy.”

“Right now, my career is over, but my name will always live on for the things that I did and for the legacy that I left and the mark that I left in sports,” Mayweather added.

Although it is unclear which blockchain network the NFTs would be built on or on the marketplace they will be sold, Burgio said that those information will be revealed before the sale on May 26.

Related article | NFT Sales Volume Plummets From Recent Highs: Is the Hype Over?

Crypto Companies Will Facilitate The NFTs

The NFT will be released on May 26th, one day before Mayweather’s fight with Paul on June 6th. Floyd “Money” Mayweather returns from retirement with a career record of 50 wins to face the young Youtube influencer who has over 20 million subscribers but has only competed in one professional boxing match, losing to British Youtuber and rapper KSI.

“As anticipation of the event builds, this NFT drop will offer rare, must-have digital collectibles for both NFT collectors as well as die-hard Floyd Mayweather fans from around the world,” a press release detailed. “The officially licensed content will be of the highest quality and fans can start collecting the limited-edition items secure in the knowledge that they will own a unique piece of Floyd Mayweather’s legacy,” said Reality Gaming CEO Morten Rongaard.

Mayweather’s NFT initiative comes more than two years after he reached a settlement with the Securities and Exchange Commission (SEC) over ICO promotions. Mayweather had to pay a fine of more than $600,000 because he failed to reveal that he was paying to promote ICOs.

Related article | Why Bitcoin Is The Solution To The “Powell Problem”