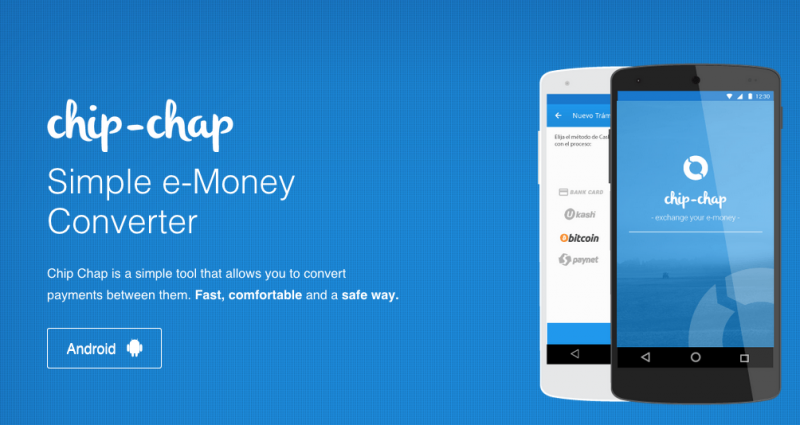 Buy and Sell Bitcoin At 4,000 Polish ATMs With Chip Chap

In order to bring Bitcoin to as many everyday people as possible, we need to make it more accessible to both buy and sell BTC in exchange for fiat currency. Even though most Bitcoin enthusiasts would like to see the world transition to a cashless system where all goods and services are priced in BTC instead of relying on a fiat currency value, which will not happen anytime soon. But it has to be said that Chip Chap is making a strong effort to push Bitcoin adoption.

Bitcoin and the Western World

Spreading Bitcoin in the Western world is not as easy as most companies originally assumed. If you take a closer look at the financial infrastructure we have in North America and Europe, Bitcoin is trying to solve a problem a lot of people don’t even know there. We are quite spoiled with the range of payment methods we can use in both the online and offline space, ranging from bank cards to credit cards, Paypal to SOFORT and so on.

However, all of that does not mean the current financial system is perfect, as there is a lot of room for various areas of improvement. If there is anything the most recent financial crisis learned the population, it is that people are looking differently at banks and other institutions compared to a decade ago. The trust between customer and central banks is all but gone, and people are slowly starting to explore alternative options.

Whether or not that will pave the way for new and disruptive technologies such as Bitcoin, remains to be seen. But there are quite a few companies in the Western world trying to push Bitcoin adoption to new heights, by merging it with existing infrastructure. Chip Chap is one of those companies, as they have added 4,000 Polish bank ATM’s to their global ATM network. 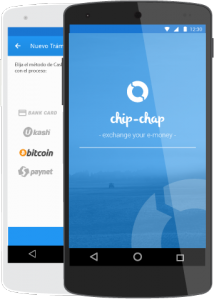 Chip Chap is an interesting company, as they have come up with a way to combine existing Bank ATMs and Bitcoin in Spain and Poland. In order to use the services provided by Chip Chap, users need to download the mobile application [currently only available for the Android operating system], which lets you convert payments into cash.

Even though Chip Chap also operates in France, England and Mexico, the Bitcoin voucher functionality is only available in Poland and Spain. At the time of publication, we have not received an official confirmation on whether or not the other countries will make use of this feature in the future. Other supported payment methods include popular services such as Ukash, NetPay, Paysafecard and Halcash, among a few others.

The way the Chip Chap service works is that it will generate a voucher that does not require you to own a bank account or a credit card in order to redeem. Vouchers are generated by trading your currency – in the form of Paysafecard or Ukash for example – and convert those to Bitcoin. In turn, your Bitcoin amount is converted into a voucher, which can then be redeemed at any of the supported ATMs in Spain or Poland. 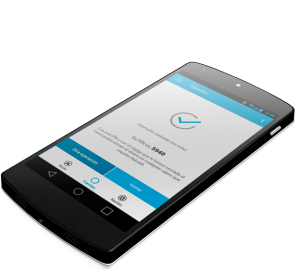 One of the key areas about Chip Chap’s mobile application is the level of ease-of-use. Buying and selling Bitcoin is far from user-friendly at this point in time, yet Chip Chap has managed to make it very easy to do via their mobile app. Users just need to select their country, enter their phone number and the amount they would like to withdraw, and then send the corresponding amount of BTC to a generated Bitcoin address.

As soon as the Bitcoin transaction has completed, a voucher code will be generated in the Chip Chap app that can then be redeemed at any of the participating ATMs. Users can redeem these vouchers at ATMs from banks such as ING Direct, HalCash, Banco Popular, and many others. It is also important to note it takes just two confirmation on the Bitcoin transaction before the voucher will be generated.

Offering such a service could prove to quite risky given the pending regulation on digital currency in the European Union. But Chip Chap app users need not worry, as the company is compliant with PCI-DSS, AML and CFT requirements. Do keep in mind that Chip Chap does not store user funds, but the service makes it easier to exchange between digital payments and physical currency.

All images courtesy of Chip Chap