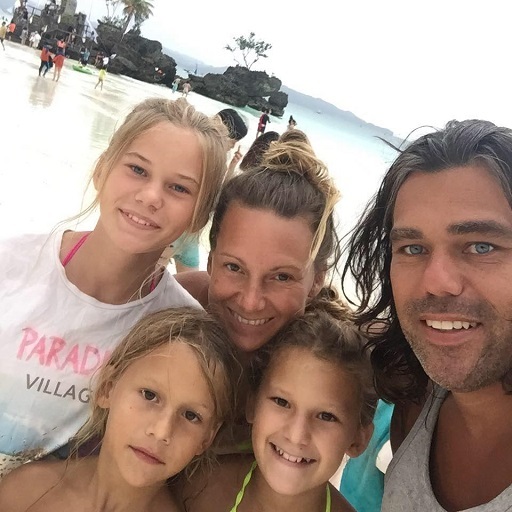 Do you ever wonder what happened to that Dutch family who sold all its possessions for bitcoin two years ago? Spanish language website, DiarioBitcoin recently caught up with the ‘Bitcoin Family’ for an interview. And the first big change would seem to be the family’s nationality… to German.

You Say Potato, We Say Bitcoin

Easy mistake-a to make-a, you might say; after all, Dutch sounds very like Deutsch. Although, not in Spanish, where it is Holandesa and Alemana… But never mind that.

In September 2017 Didi Taihuttu and his (Dutch) family sold everything they owned to invest in bitcoin and travel the world. The family had actually already been travelling for six months at this point, but selling all of its possessions for BTC brought with it new challenges.

Well, the good news is that Didi, his wife, and three daughters are still doing it. And documenting the experience through a YouTube channel and blog.

The past two years have seen the expected multitude of posts from various beaches. But the family is also trying to spread the word about bitcoin, currently focussing on its ‘Sharing is Caring’ tour. One aspect of this is educating NGOs and charities on how to accept BTC and cryptocurrency donations.

In the interview, Taihuttu says that of the 35 countries visited so far, two cities really stand out. These being Rovereto in Italy, and Ljubljana in Slovenia, where the family was able to cover 80% of its needs directly in Bitcoin.

And let’s not forget Turkey. It was Taihuttu who drew our attention to BTC exchange rates being listed right alongside other Forex rates on an electronic billboard in the country.

Other places have been more challenging, especially for the three daughters who receive a regular BTC allowance. Being under 18 they are unable to obtain Bitcoin debit cards, so have to get creative when they want to spend some of it.

Bitcoin price was around $4k at the time the family bought in, so even at today’s rates, the investment has still approximately doubled. But this was not a journey about making money quickly, rather an adventure funded by gradual gains. According to Taihuttu, the greatest benefit the family has experienced has been freedom, saying:

What do you think about his bitcoin family? Let us know your thoughts in the comments below!