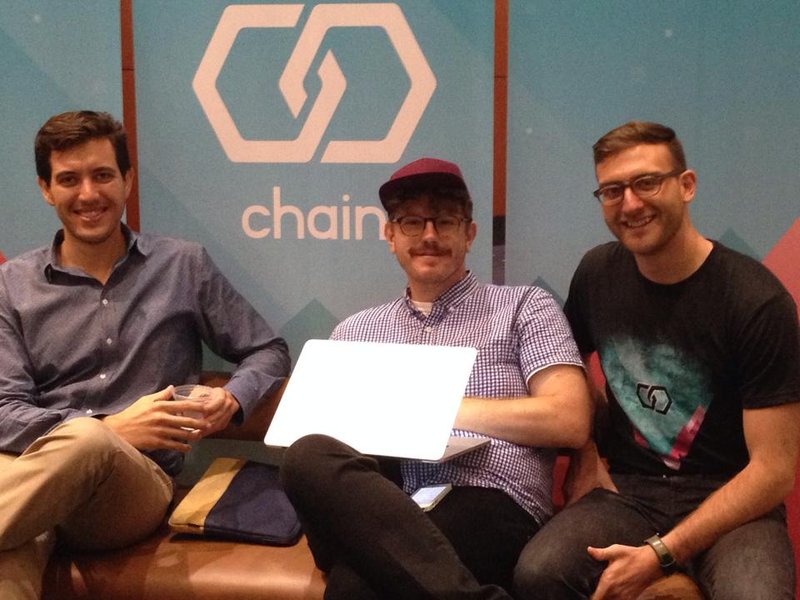 Chain.com is providing the best experience for developers, and venture capitalists are taking notice. Chain just raised 9.5 million dollars in a new round of funding led by Khosla Ventures, RRE Ventures, Thrive Capital, and SV Angel.

Chain may only be a few months old, but it grew out of another company that had previous funding. Before, there were two groups working on making a bitcoin programming interface for developers. One of the groups was in San Francisco and the other one in Los Angeles, but when they found each other… Chain formed.

Chain has been enabling programmers to build applications with their blockchain API  (Application Programming Interface) they provide. The API gives developers the tools they need to incorporate Bitcoin data into a range of applications.

Already Chain has developed a Bitcoin Wallet for iOS 8 that requires fingerprint authentication, the first of its kind; although, you are going to have to wait for Apple’s update.

When I talked to Chain they were really excited about the fact that they had a testnet for their API, something many competitors don’t. The testnet allows Chain to essentially test their API’s features and it’s proof that Chain can build things to scale across multiple blockchains.

Chain provides their API in a variety of different coding languages, so, bitcoin can scale across platforms too.

In addition, Chain is building apps for merchants, when I talked to Matt Matteson he was particularly excited about one new feature that they had developed called webhooks.

“Webhooks, it’s a callback functionality for developers where let’s say you generate an address for an order.  Order number one has this address and you want to know when your customers had paid that address to the required balance and then you can continue your fulfillment pipeline.  So you can generate the address, tell us you care about that address and we’ll let you know immediately when we see a transaction regarding it.  And as it confirms we’ll, callback your service and say, ‘That address you care about, here’s the transaction you care about, here’s the balance of the transaction.’” – Matt Matteson

This has wide sweeping applications, including merchants no longer having to refresh their wallet balances, they can simply be alerted when anything happens to the accounts they care about.

Chain is also dedicated to serving their customers, there is always a developer on call if any issue arises.

“We’re watching these systems.  We’re looking to provide SLAs and phone support for our customers because we want them to be confident in building a company around us. We’re the team that they want on their team.” – Matt Matteson

I guess that’s why Chain was able to raise so much, they care about what they do and the people they serve.