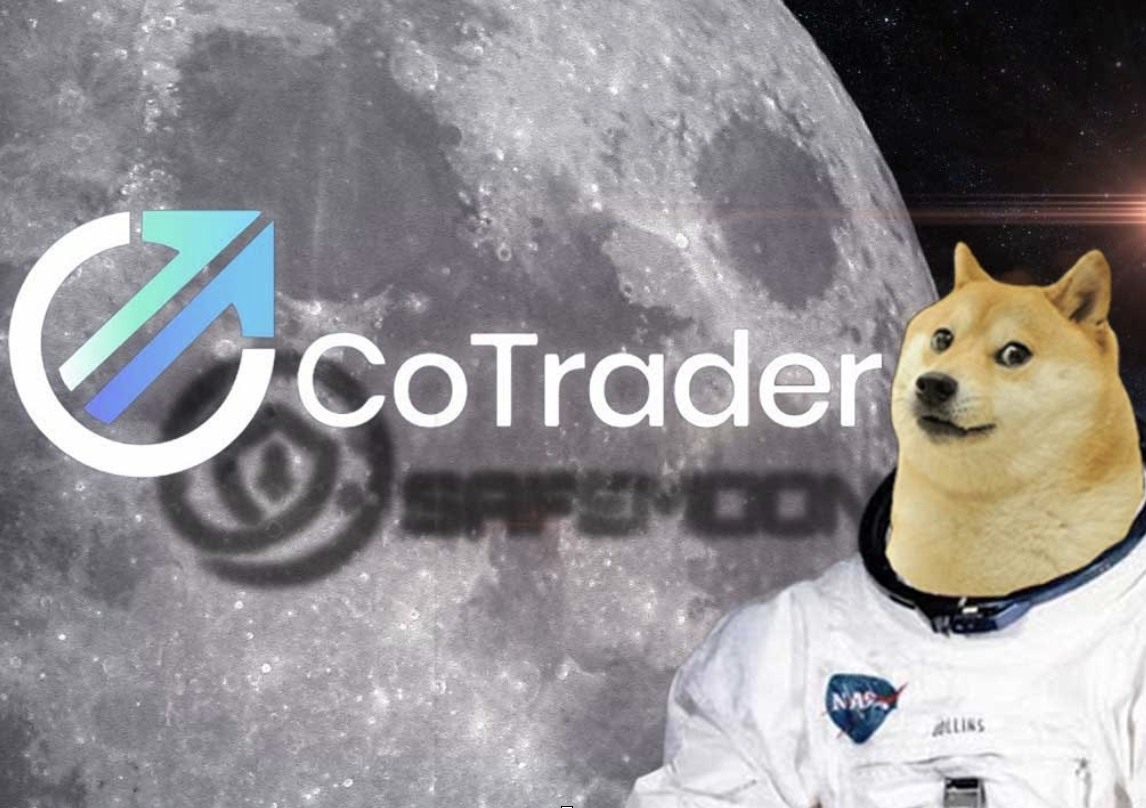 The recent meteoric rise of Safemoon turned many heads in the DeFi space over the last weeks. Safemoon climbed over 10,000x from its lowest to highest price in just 40 days according to CoinMarketCap, reaching over $7B Fully-Diluted (FD) Market Capitalization (MC) at its peak, before correcting down to $2B. This immediately prompted many clones attempting to ride coattails to the top. However, while Safemoon skyrocketed due to great token mechanics cloned from reflect.finance (RFI), it lacked substance from any underlying DeFi platform like swap, vaults, lending, funds, and so on. Therefore, the clones are running into the same issue and are quickly becoming nothing more than meme coins.

CoTrader is also making waves with its recent growth, provides the foundation Safemoon lacks and is solving the issue above by integrating Safemoon’s great token mechanics into a complete DeFi suite of products across multiple chains. With its proven track record in DeFi since 2017, CoTrader has already grown over 100x from its low, but is still very low-priced in terms of its MC, and has almost another 1000x room to grow to reach projects offering less.

Safemoon, similar to the original RFI, essentially sends 5% of every token transaction into every holder’s wallet via “Reflection” Burns (RB), and another 5% of every transaction accrues in Decentralized Exchange (DEX) liquidity pools via Liquidity Locking (LL). These pools have grown to over $200M in 1 month for Safemoon, and provide significant Liquidity Depth (LD) against which holders can feel confident that they may still sell, without anyone able to “rug pull” that 5% of LD away.

The popular Safemoon tokenonics of RB + LL is being added to CoTrader with twice the LL power — with 10% of all COT deposited into the upcoming COT Liquidity Mining (LM) program. LM is when tokens such as COT and e.g. BNB are deposited together into DEX pools, in return for COT token rewards. This LM program on BSC begins early May 2021.

CoTrader is an innovative total DeFi-stack project live on multiple blockchains and makes it simple for both mainstream and institutions to onboard and earn from all of DeFi in 1 click via its 1 token — COT. CoTrader originally launched the world’s first DeFi investment funds live on Ethereum in July 2018, and world’s first fully-onchain funds on BSC in March 2021.

CoTrader is now launching its own audited-code Swap DEX, perpetual swaps, vaults, lending, launchpads, and virtually all the proven successful DeFi legos, to onboard both mainstream and institutions in one simple platform, while providing opportunities to acquire tokens for each lego piece, all through the COT token.

COT holders may be able to claim over 72 new partner tokens across 4 EVM chains launching on its new DEX with double APR — from both COT and the new tokens. Such tokens include elastic stable units-of-accounts like COTUSD and a Safemoon type token, which will also share earnings in the CoTrader total DeFi ecosystem, along with several other tokens specifically engineered to provide optimal DeFi. At 5–50% claimable rewards for COT holders for each partner token, a minimum of 72 tokens * 5% claims = 360% bonus planned from partner airdrops alone.

CoTrader already burns 50% of all platform fees, and will add 100% burns for claiming some tokens in its partner network, such as COTUSD, slated for May.

CoTrader and its partner tokens will share ownership in a novel decentralized network of Swap DEXs that offer unrivaled liquidity by expanding on current DEX aggregation systems such as 1inch and Paraswap. CoTrader partners will benefit from impermanent loss protection for one-sided DEX pools similar to Bancor, but not only for buy-and-sell pools. DEX aggregation will include novel buy-only and sell-only pools. These single-sided & single-*direction* pools allow, for example, founding teams and strategic partners to forego large token holding and instead better align interests with the community as they earn from volume using sell-only pools. Founding teams are incentivized to maintain elevated prices over time, in a novel type of ongoing Liquidity Generation Event (LGE). This further protects the market. Conversely, buyers looking to continuously accumulate tokens at the best DEX prices could deposit e.g. BNB into buy-only pools to acquire COT & partner tokens.

SafemoonSwap (not associated with the Safemoon project) will be one of many new tokens airdropped to COT holders, slated for May.

The SafemoonSwap + COT and all its other partner tokens will work together to provide all of the most coveted functions and properties in DeFi: swap, vaults, funds, lending, launchpads, deflation, automatic earnings, rug-proof liquidity locking, stable units-of-account, impermanent loss protection, deeper DEX aggregation, and both institutional and mainstream DeFi onboarding.

Doge has been pumping hard simply for its meme power, behind which. the likes of Elon Musk can feel at easy pumping without spouting coin-ideology. One of the tokens in the CoTrader network takes dog coins & meme humor to “11″ in their popular videos, while offering real innovation like “Rover Fetch”

Rover.Capital is gearing up for its own private sale.

COT holders are slated to receive these airdrops & additional EVM cross-chain support in May.

CoTrader.com will officially list these partner tokens along with COT & existing Staking options.

Buy COT on INCH now to get all other tokens mentioned in this article before the price changes.