The year has just started, but sports engagement in crypto didn’t take a moment to pause. In this week’s Sports Slice, we have an update from last week’s briefing on a controversial NASCAR deal, sports gambling goes live in New York, there’s a new sports trading card shop opening it’s doors in the metaverse, and Algorand and the Drone Racing League are taking things up a notch.

It’s just another busy week in crypto and sports – let’s dive in on all of last week’s action.

Sports Gambling Goes Legal In New York, But Crypto Is Left Out

New York City Mayor Eric Adams has been a vocal proponent of Bitcoin, and online betting and gambling has been a natural hand-in-glove fit as black market options become legal and institutionalized throughout U.S. states recently. However, neither of these facts are driving impact in New York’s sports betting legalization, as products from DraftKings, Caesars, BetRivers and FanDuel go live throughout the state this weekend.

While offshore and black market betting sites lean into crypto heavily, mainstream sports gambling leaders have, for the most part, started with the foundational issues – hopefully crypto integration is on the horizon for these platforms in New York, and beyond.

A New Trading Card Shop In The Metaverse

Due Dilly is a new sports card shop that you won’t find cooped up in your local strip mall. Instead, the startup is headed straight to the metaverse, opening their doors on The Sandbox – the first of it’s kind to do so.

Sports trading cards have found a natural fit in online communities, so it’s a logical connection to make on The Sandbox – let’s see how it plays out.

Algorand and the Drone Racing League first teamed up back in September, and now just a few short months later, the two have shared some brief plans around ramping their partnership up substantially. The league will be working with partner Playground Labs to bring a new play-to-earn drone game, the first of it’s kind, to the metaverse – powered of course, by Algorand.

While details are limited, the partners are working on a title that allows gamers to race DRL drones, and will also introduce sports betting on the platform. In an interview, DRL president Rachel Jacobson stated “We’re building a roadmap of so many different things in the next several years,” adding “we have to know blockchain because we always want to be 10 steps ahead and first to market.” Kudos to the DRL for their willingness to stay aggressive in a world often mired by the ‘safe option.’

In last week’s Sports Slice, we covered the latest NASCAR ‘sticky situation’ with LGBcoin and driver Brandon Brown. Given NASCAR president Steve Phelps’ previous comments around political messaging, and the league’s desire to steer clear of anything associated with either side of the political aisle, we carried a healthy skepticism about the deal coming to life.

That deal has now had the door slammed completely shut, as NASCAR has denied the sponsorship request. The Athletic’s Auto reporter Jeff Gluck provides some great additional context:

Further context: NASCAR told Brandonbilt in November it wouldn't approve any Let's Go Brandon sponsorship. Team submitted request over Christmas w/o specifying it was a political thing (just listed as crypto). NASCAR initially missed that part, but was never going to be approved. https://t.co/4DEobLQusD 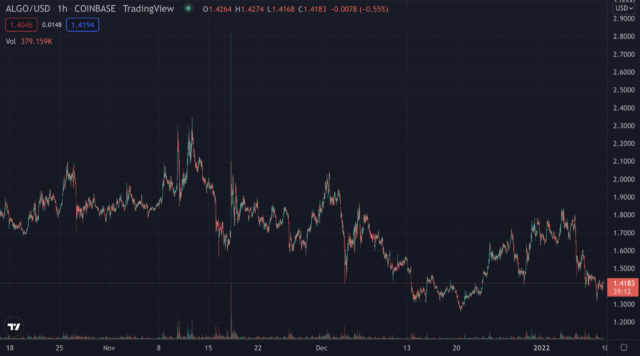 Tezos biggest sport sponsorship or partnership play to date is easily the blockchain platform’s relationship with Red Bull and their Formula 1 team. However, that’s up for debate after this week as Tezos announced another substantial partnership to their resume, European esports organization Team Vitality.

While financial details and full scope of the relationship have not been disclosed, the partnership is being described as “the biggest European Esports deal in history,” and Vitality very clearly described the deal as “the biggest partnership in Team Vitality history.” That’s not to be taken lightly considering Vitality’s other partnerships, including the likes of Adidas, Philips, Corsair, Scuf and more. We covered more details on the deal in our full report earlier this week.