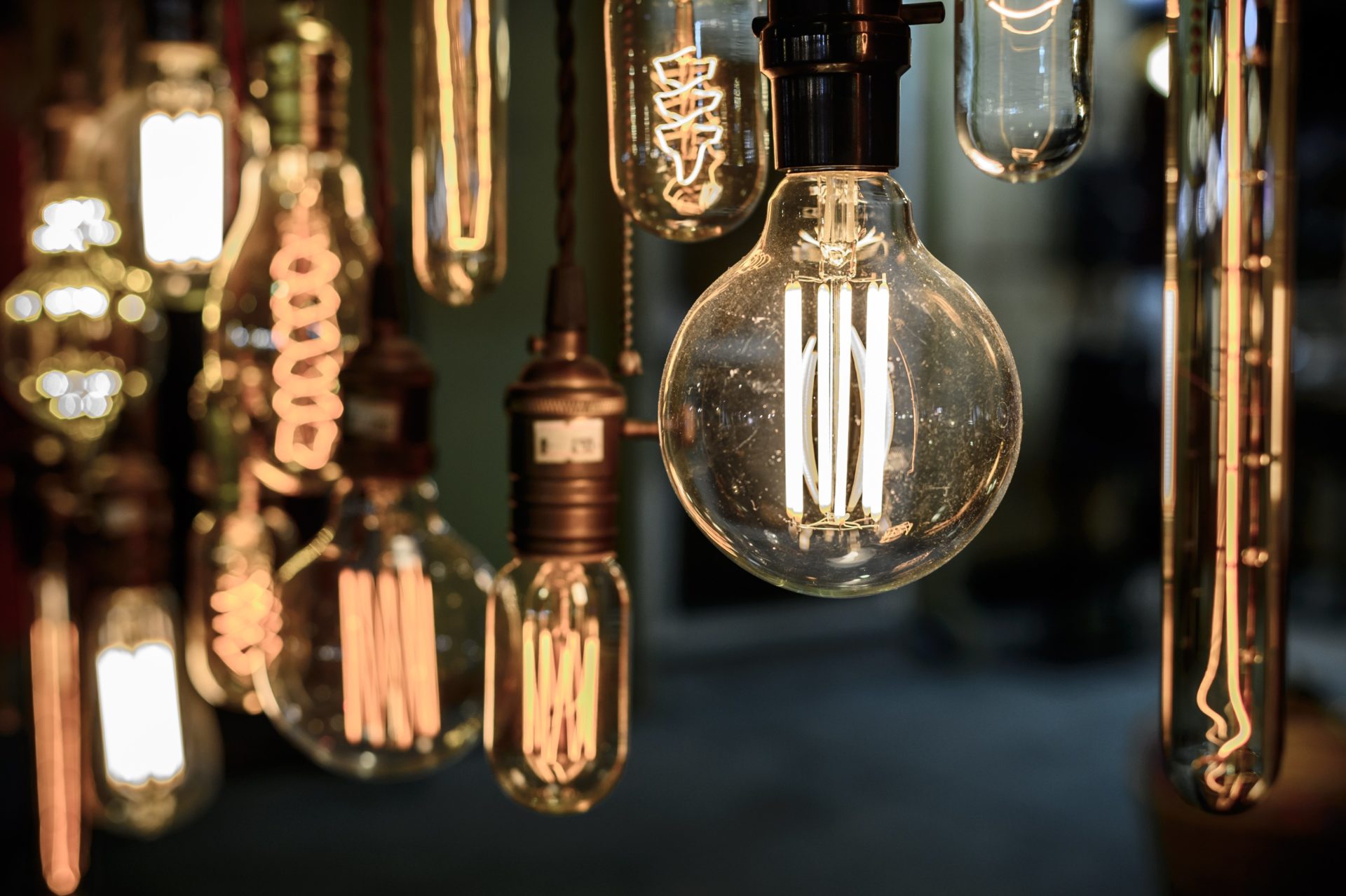 A recent survey of over 1,000 Americans hoped to glean more about attitudes toward crypto. According to Clovr, the vast majority of virtual currency investors are young, male, and relatively wealthy.

Clovr, a company focused on fostering mainstream adoption of blockchain, recently carried out a survey of 1,004 Americans vi the Amazon Mechanical Turk Platform. The survey focused on people’s thoughts about crypto and investing.

The company said more than 75% of respondents indicated they had an understanding of what cryptocurrency is. Clovr noted how the results seemed to suggest that:

Almost the entirety of America has at least some exposure to the concept of currency akin to bitcoins.

In turn, Clovr notes that roughly 60% of respondents said they would be comfortable “explaining cryptocurrency” to a novice. 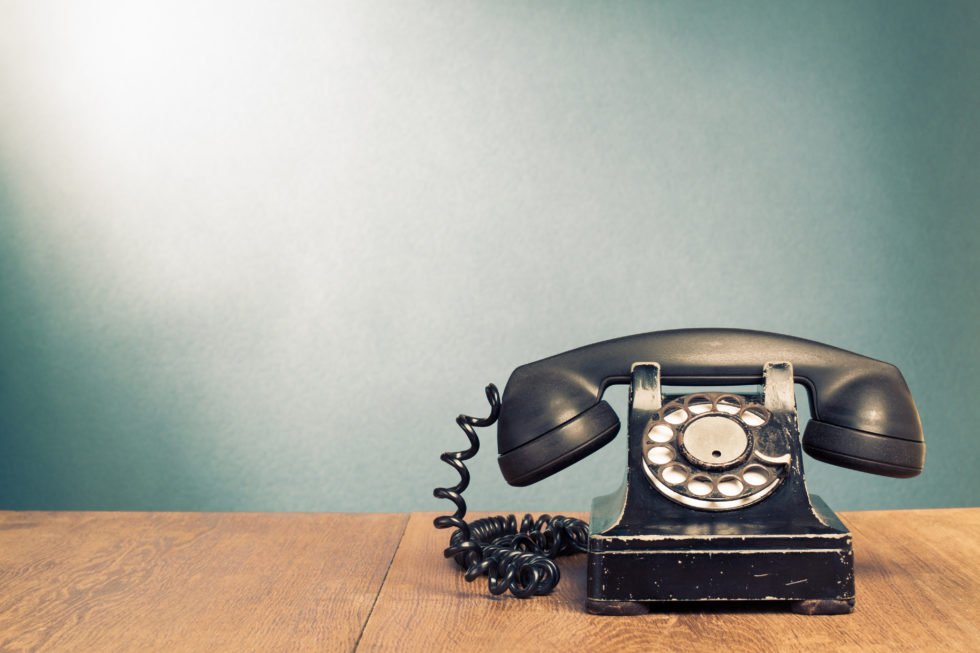 Fear of Missing out Is a Big Investment Draw

When asked about reasons for investment, the majority of respondents cited something akin to peer pressure, or “fear of missing out.”

About half of those surveyed say, “the possibility of huge return on investment” is a leading reason to invest. 43% think that virtual currency is the future of money.

Just around 17% said a reason to invest is that: 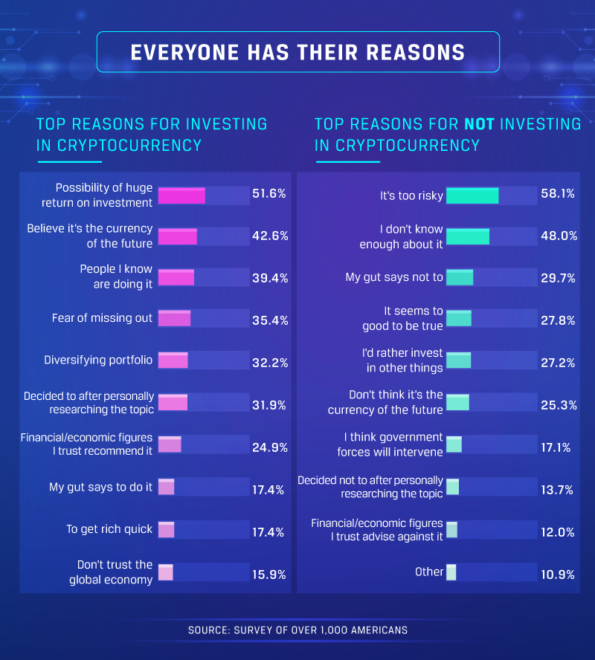 75% of those in the survey thought people who had not invested into virtual currency were playing it safe.

In contrast, about half said investors were forward thinking. About 36% characterized them as innovative. Just 22.3% regarded investors as reckless.

Clovr ruminated on the fact that, “Americans appear to be divided in opinion over cryptocurrency and its role moving forward,” explaining how uncertainty’ is the most common emotion associated with digital currency. 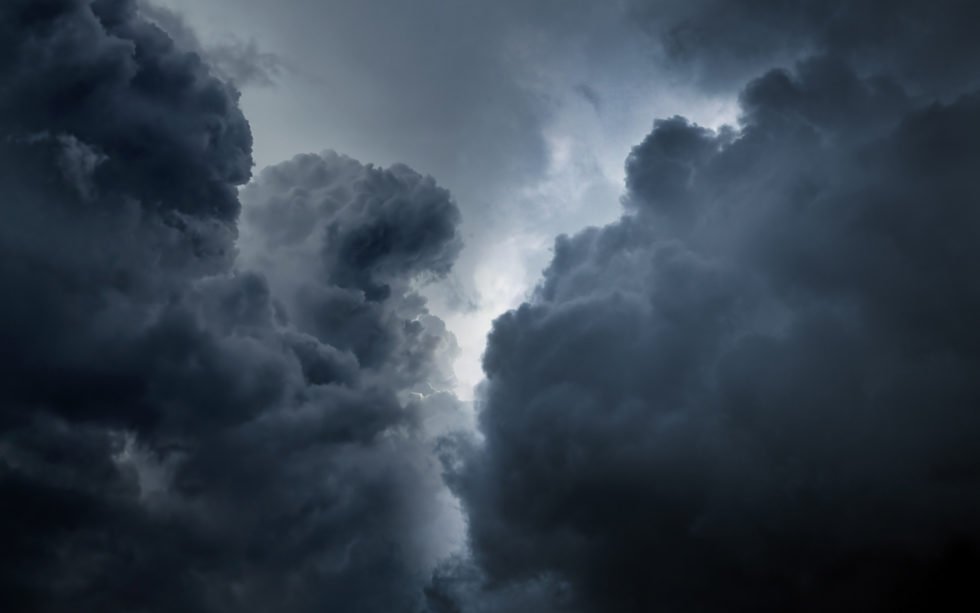 A number of recent surveys suggest that Bitcoin (BTC) [coin_price] is gaining mainstream credibility, despite turbulent crypto markets in 2018.

Law firm Foley & Lardner LLP carried out a cryptocurrency survey in the summer. Results indicate that the bulk of respondents believe Bitcoin has the best mainstream adoption potential.

A seperate poll conducted in August revealed that roughly 50% of the 2,000 respondents were open to trying Bitcoin.

The survey also suggested that Millennials are increasingly interested in the field. The generation is apt to invest in digital currencies.

What do you think about the latest survey results from Clovr? Don’t hesitate to let us know in the comments below!