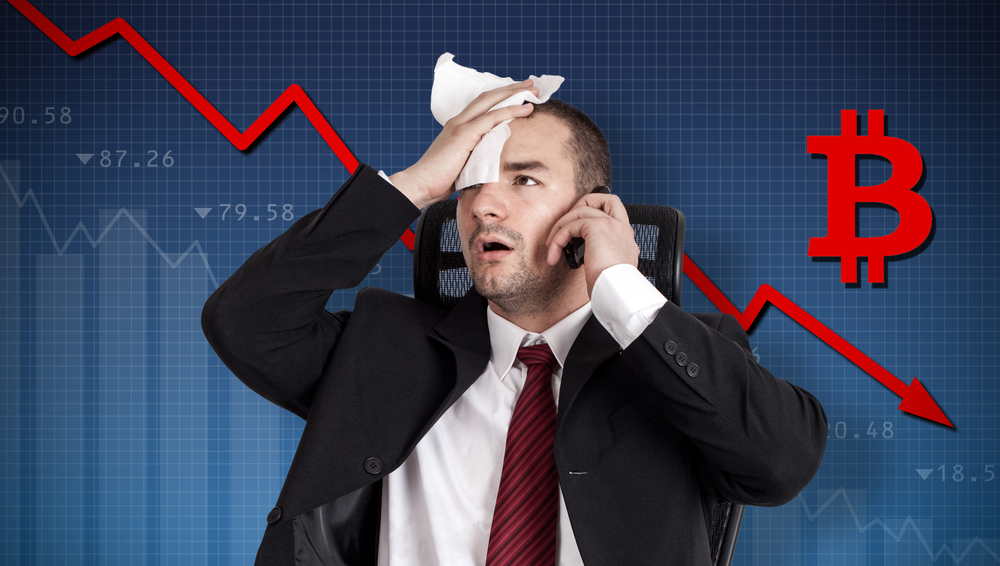 Bitcoin’s recent attempt to break above the $19,500 on Monday failed amid intensifying sell-off sentiment near the level.

The flagship cryptocurrency briefly reached $15,565 but crashed by almost $500 into the Tuesday session. Its corrective move illustrated profit-taking sentiment among daytraders. It also showed a clear absence of higher upside bids for Bitcoin above $19,500.

Market analyst Michaël van de Poppe noted that Bitcoin’s plunge also happened due to a widening divergence between its price and momentum. He pitted the recent BTC/USD moves against the pair’s Relative Strength Indicator (RSI), noting that the former was trading upward while the latter was going downward.

“Bitcoin tried to break the crucial resistance zone at $19,500-19,600 but failed,” Mr. Poppe explained. “Lower timeframe bearish divergence is there, which could mark a further correction towards $18,400-18,600. Critical zone to hold to sustain the bullish momentum.”

The statement also matched negative sentiments put forth by CryptoQuant CEO Ki-Young Ju. The on-chain analyst warned about a dramatic increase in Bitcoin deposits on Asian exchange Huobi by accounts holding larger amounts of cryptocurrency tokens. That raised the prospect of potential dumping ahead.

“I think it’s not safe to long here as long as these Asian whales drive the price next 6 hours,” tweeted Mr. Ju around 0730 GMT. Many connected the BTC inflow with the rumor that authorities were returning users the Bitcoin units they lost during Mt Gox’s $460 million-hack in 2014.

Speculative guess, it seems like this dip came from Asian $BTC whales at @HuobiGlobal

That further raised the possibility of a new wave of selling pressure should the Mt. Gox beneficiary decide to sell-off their refunds en masse.

The short-term bearish shock, nevertheless, failed to shake investors’ sentiment long-term. Many analysts agreed that Bitcoin’s only direction in the future is to the upside, given its growing demand among institutional investors as a hedge against inflation led by the Federal Reserve’s expansionary policies.

“Billionaires are LITERALLY telling people publicly that they are buying Bitcoinand there are people who are STILL bearish,” said independent market analyst Scott Melker. “Corporations don’t buy treasury assets to dump $1,000 higher. This thing is likely going way higher. And they will still buy.”

A research paper released by JPMorgan & Chase also reveals that Bitcoin could attract about $600 billion even if major corporations decide to allocate 1 percent of it for their asset portfolio.

“MassMutual’s Bitcoin purchases represent another milestone in the Bitcoin adoption by institutional investors. One can see the potential demand that could arise over the coming years as other insurance companies and pension funds follow MassMutual’s example,” the note states.