Despite Ethereum’s Breakdown, a Massive Rally Could be Right Around the Corner

Ethereum and the entire market have been caught within a bought of consolidation throughout the past few days and weeks, with the selling pressure seen around $600 proving to be too much for it to handle.

One trader is now expecting the cryptocurrency to see a move slightly lower before it rebounds and breaks out of the triangle formation it is currently caught within.

This wouldn’t be too different than the “breakdowns” seen over the past month or so, with each one being quickly reverted and often followed by immense upwards breakouts.

At the time of writing, Ethereum is trading down just over 2% at its current price of $579. This is slightly below the price at which it has been trading throughout the past few days.

It has seen multiple declines like this – and some even far greater – over the past couple of months, with each one being short-lived and followed by serious upwards movements.

Where the entire market trends in the mid-term may depend largely on Bitcoin, as ETH’s price action has been closely tracking that of the benchmark digital asset.

Trader Claims ETH May Be Posting Another Bear-Trap

This ongoing decline seen by Ethereum may be another bear trap that is followed by a serious upside movement.

One trader spoke about this in a recent tweet, explaining that he is anticipating a sharp rebound followed by a breakout rally that potentially leads the cryptocurrency significantly higher in the days and weeks ahead.

“ETH – We’ve been seeing this pattern a lot recently with diags. Diag breakdown, deviation below, reclaim as Support, full send. Breakout time soon imo. Adding to my long above ~$599.” 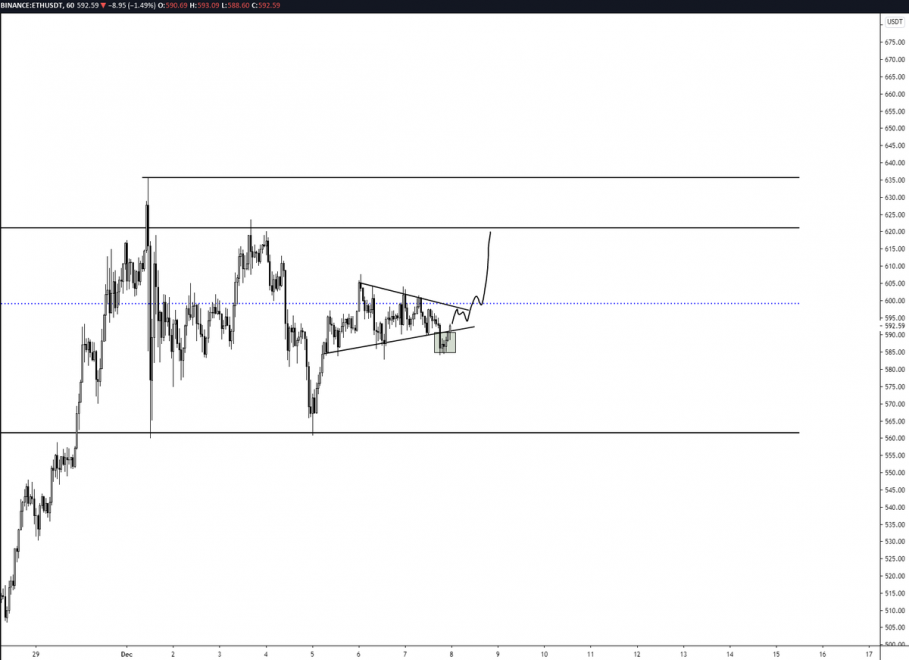 The coming days should offer serious insights into the state of this ongoing decline and whether it marks any macro trend shift.