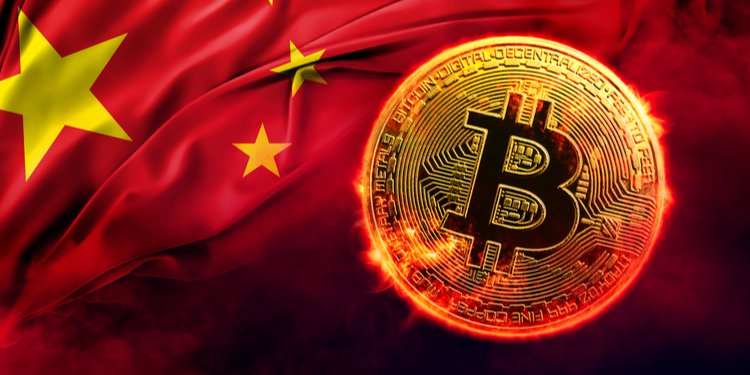 Unpacking The Effects Of China’s Bitcoin Ban On Investors

China’s relationship with bitcoin has been a rocky one, to say the least. The country had taken steps earlier in the year to stamp out all bitcoin mining activities earlier in the year that led to the crashing of the hashrate. It has continued on this path and finally landed on what would be a complete ban on the cryptocurrency in September when it was made illegal.

Since then, various crypto exchanges have been taking steps to comply with the region’s crypto ban. This has played out in various ways and while it has affected businesses who deal with bitcoin, investors have been one of the hardest-hit groups as trading activities are gradually being restricted in the country.

Effects Of The Ban

China’s ban on bitcoin had been greatly reflected in the crypto exchanges that are operating in the region. These platforms have had to remove a number of features for their China-based users with more expected to be affected as these crypto exchanges move to comply with the ban.

Crypto exchanges like Huobi and OKEx, which are very important markets for the growth of bitcoin, have been greatly affected by the ban. Both these exchanges have had to restrict trading for Chinese users. These have also affected the exchanges themselves as they have recorded declining market share as they move to retire their China-based users.

The impacts of the September ban continue to unfold months later. Huobi Global, one of the leading crypto exchanges in China, has begun to roll back access for its Chinese customers. Following the ban, the crypto exchange had announced that it would be restricting new mainland China users from the platform. No new accounts have been created for customers in the region.

The platform also had to close its derivatives desk for its Chinese in November. This move, although necessary, had had adverse effects as it saw the exchange’s share of global open interest plummet in its wake, dropping from 6% to 2%. 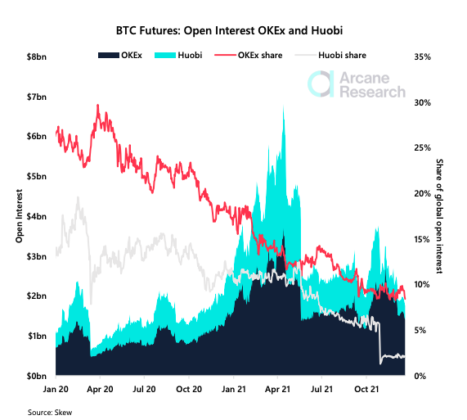 Spot trading was the next feature to go for the region’s users as Huobi announced last week that it would be repealing it, leaving customers only able to sell their cryptocurrencies.

OKEx and Binance have also not been left out of the onslaught. Both exchanges have also announced that they are restricting services for customers in the region. OKEx has announced that it will also be restricting access for mainland China users similar to Huobi. This was made in tandem with the exchange’s move to exit the Chinese mainland market.

OKEx recorded a significant decline in its share of the global open interest with the move, currently accounting for about 8% compared to its 30% in 2020. The exchange has however continued to maintain a stable market share in the futures market since the ban was announced.