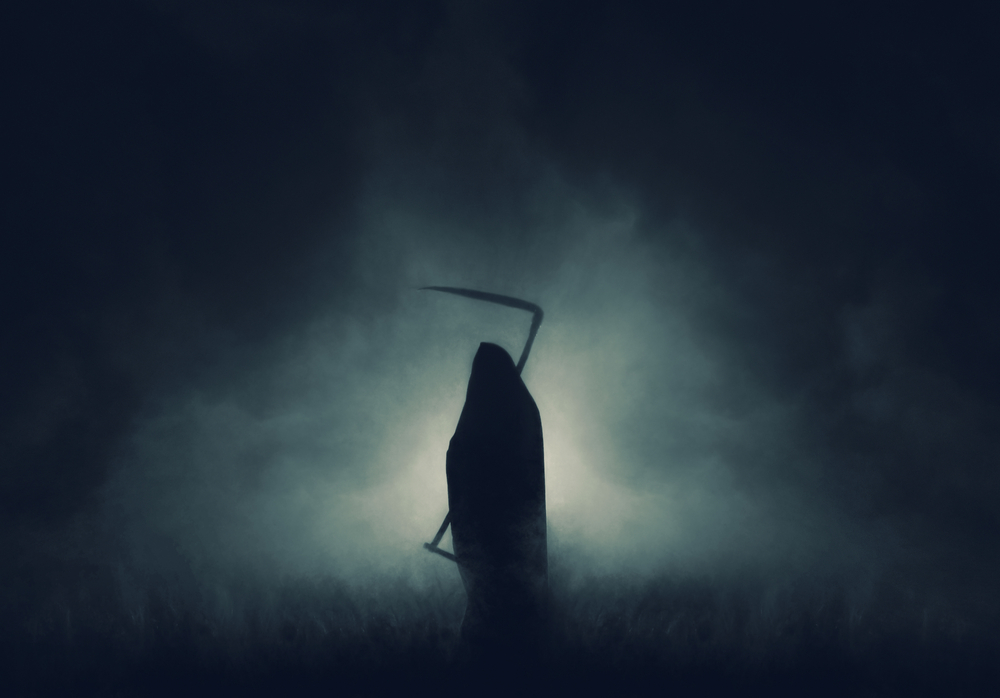 Ethereum has been flashing signs of major technical weakness in recent days. This comes as the cryptocurrency grows incredibly strong from a fundamental perspective.

There are a few factors that are driving this weakness, including a heavy trendline that has proven to be insurmountable, mounting selling pressure, and it just confirmed a dreaded “death cross” formation.

These factors are likely to lead it lower in the near-term, but how ETH trends next may depend largely on how strong the support at $220 is.

An ardent defense of this support will be imperative if buyers want to see any further upside.

At the time of writing, Ethereum is trading down nearly 2% at its current price of $221.

This marks a notable decline from recent highs within the $230 region that were set last week when it bounced from a fleeting visit to its current price region.

$220 has been established as ETH’s “last-ditch” support over the past several weeks, making a bounce here crucial.

One analyst explained that a failure to do so would likely spark a rapid 10% decline to $195.

“ETH HTF Update: I would be heavily executing buy orders around $195 if we see this level get tested again over the next month, I think the next 12/24 months will be heavily bullish and I am expecting ETH to outperform the rest of the market,” he said, remaining bullish on ETH’s mid-term outlook.

In spite of this sentiment, another analyst recently put forth a chart showing a downside target in the $120 region. He notes that the multiple rejections at $250 are cause for concern. 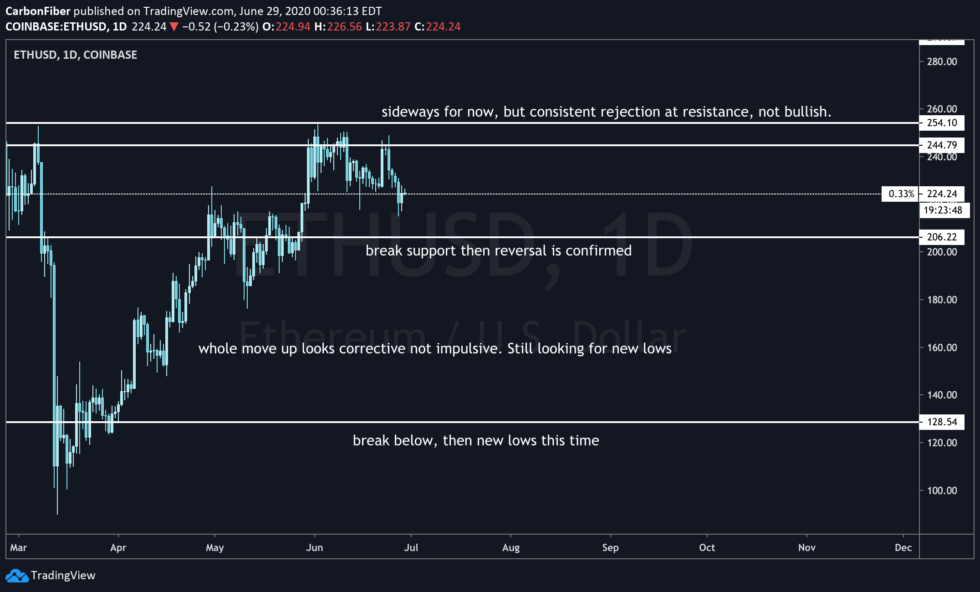 The same technical weakness that caused the aforementioned analyst to set a target in the low-$100 region also caused Ethereum to form a “death cross.”

It had not formed this pattern since March – before it plunged below $100 – and this could be a grave sign.

“Confirmed, death cross here as well – didn’t happen since March,” one trader stated, pointing to the below chart.