From The Ground: The “Bitcoin In El Salvador” Documentary, What Did We Learn?

The audiovisual part of the “Bitcoin in El Salvador” documentary is truly amazing. Dutch national Arnold Hubach, Bitcoin Magazine NL’s editor, got shots that are out of this world. He recorded the good, the bad, and the ugly about the whole Bitcoinization process. The man is obviously partial to Bitcoin but, from the political point of view,  he gave us much needed neutral look at the events.

Related Reading | ETH’s Vitalik Buterin Blasts El Salvador’s Bitcoin Law. Is He On To Something?

To record the documentary, Hubatch got to El Salvador a week after Legal Tender Day. September 7th, the day the Bitcoin Law got into effect. Not much is happening. The Chivo kiosks are there, but they’re not functional yet. He has a hard time finding a business that accepts Bitcoin. He manages to pay with Lightning at a barbershop.

Why Did El Salvador Adopt Bitcoin As Legal Tender?

Hubach’s documentary summarizes the reasons behind the controversial measure rather succinctly:

On that note, Hubach talks to an informed local who tells him about all the commissions he has to pay to use Paypal and then Payoneer to extract Dollars from an ATM. A week later, he’ll be able to do it for free and without hassle.

The Documentary Goes To Where It All Started

Then, we learn that El Zonte is just an hour by car away from San Salvador. And that the place also known as Bitcoin Beach is extremely beautiful. Static pictures don’t do it justice. There, several places accept Bitcoin already: restaurants, supermarkets, he can even take surf lessons.

The documentary goes to the Hope House and talks to community leader Roman Martínez. A common guest of Bitcoinist’s own “New From El Salvador” section. Martínez reveals that the community-building project started more than a decade ago. Their aim was to give knowledge, to teach, “to stop our kids from leaving our beach.”

They usually got donations in Dollars, but two and a half years ago came the now legendary anonymous donation in Bitcoin. The only string attached was that they had to create a circular economy based on BTC. “No one teaches you what money is. So, when Bitcoin arrived to our community… for us it was the tool to sustain the social project. But, what was happening in reality, is that the community was getting educated in finance,” Roman says. He saw his people saving money for the first time.

The hardest part, he says, was to convince merchants to use Bitcoin. To change their mindset and accept that money can be digital. “Because we learn that money is something you can touch.” 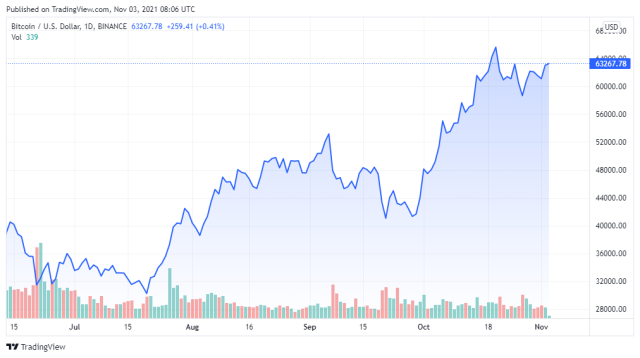 Then, Hubach plays the hits. The documentary goes to the Bitcoin 2021 conference announcement. He explains a little bit of the law. Plus, he teaches everyone about Bitcoin and the Lightning Network using rocks and lines in the sand.

After that, it’s Legal Tender Day already. On September 7th, he goes back to San Salvador and witnesses the protests.“The locals are mostly against the president, and not particularly against Bitcoin. They see it as a reason to go on the streets,” Hubach claims. He interviews a protestor that’s highly anti-Bukele. The opposition to the sitting President of El Salvador is a constant thread across the documentary.

Then, Hubach finds a coffee shop owner who wants to be a part of the Bitcoin revolution. The ATM his shop hosted wasn’t working because of a connectivity issue, and the Chivo wallet wasn’t recording transactions either. It seems like a breaking point in the documentary. However, Arnold Hubach helps him to download Muun wallet and Boom! The man is back in business. Not only that, Arnold Hubach pays through his own node located in the Netherlands. A commissionless transaction.

Hubach got footage of the opening of the Chivo kiosks and how confused people were. Of the government orange pilling the Salvadoreans, which he finds hilarious. Footage of real people receiving the $30 bonus Salvadoreans got for downloading the Chivo wallet. Then, he goes to all of the fast-food chains. He realizes that most of the big clients are using Guatemalan App IBEX mercado.

The most amazing part of the documentary is the Images from Legal Tender Day’s after-party in San Salvador and El Zonte. They both look like the bomb.

Ladies and gentlemen, these are Arnold Hubach’s conclusions:

As for his own stats, Hubarch announces that, to his surprise, he did 64 bitcoin payments in three weeks. That’s 2 or 3 a day. Showing journalistic rigor, the documentary criticizes the problems with the whole enterprise. Shows long lines at the Chivo ATMs, other protests against President Bukele, and the infamous Chivo kiosk burning. Also, he takes issue with the centralization that the government app implies.

To end it on a positive note, he shows images of two educational programs: My First Bitcoin or Bitcoin Teacher. Both aim to teach the population about self-custody and using Bitcoin like a first-class citizen of the network. And then, Hubatch gives Roman Martínez the last word. “The problems that Bitcoin will solve here in El Salvador are the same problems, more or less, all over the world.”