It seems like Vitalik Buterin was dying to comment on El Salvador’s Bitcoin Law. A pseudonymous user posted this unpopular opinion on Reddit: El Salvador President Mr Nayab Bukele should not be praised by Crypto community.” And Ethereum’s creator himself answered. With venom. For everyone involved. Is Mr. Buterin right in his assertions or is he just jealous? That’s for you to decide. And Bitcoinist is here to give you the facts and the quotes necessary for an informed decision.

First of all, this is what Vitalik Buterin wrote:

“Nothing unpopular about this opinion. Making it mandatory for businesses to accept a specific cryptocurrency is contrary to the ideals of freedom that are supposed to be so important to the crypto space. Additionally, this tactic of pushing BTC to millions of people in El Salvador at the same time with almost no attempt at prior education is reckless, and risks a large number of innocent people getting hacked or scammed. Shame on everyone (ok, fine, I’ll call out the main people responsible: shame on Bitcoin maximalists) who are uncritically praising him.”

Let’s address his claims one by one.

Is El Salvador´s Bitcoin Law “Contrary To The Ideals Of Freedom” Of The Crypto Space?

Did Vitalik Buterin think this one through? He’s specifically speaking about the controversial Article 7 of El Salvador’s Bitcoin Law. This has been discussed to death in the Bitcoin community, and Bitcoinist compiled the most notorious opinions four months ago. The law says:

“Art. 7. Every economic agent must accept bitcoin as payment when offered to him by whoever acquires a good or service.”

That sounds scary, we know. However, let’s give President Bukele the benefit of the doubt. Four months ago, Bukele explained the intention of the law with an example and Bitcoinist reported on it.

“Article 7 actually protects the people,” Bukele says. It’s for the 70% of people that’s outside of the financial system, those who don’t have bank accounts, or credit and debit cards. How?

“Imagine these people in El Zonte or some other places working in an ecosystem with Bitcoin. And then having their sats and going into a pharmacy to buy medicine.” Without Article 7, the pharmacy could refuse because it’s a private agent. And that, “Would be a discrimination against the 70% of the people that you want to benefit.” They don’t have another method of payment. They have to be able to go to buy medicine or food, “and have them receive their sats.”

People might disagree with Nayib Bukele’s thought process or question his intentions, but there’s no denying that there’s an idea behind article 7. Especially, if we consider Article 8. That one leads us to Vitalik Buterin ‘s next point, the Salvadorans supposed lack of Bitcoin education.

Did El Salvador Push Bitcoin “With Almost No Attempt At Prior Education”?

Do you think Vitalik Buterin is not aware that El Salvador had the benefit of hosting a pilot project for Bitcoin adoption in El Zonte AKA Bitcoin Beach? Or is he just playing dumb to that fact? In Bitcoinist own “News From El Salvador” segment there’s evidence after evidence of the immense and constant educational effort of the Bitcoin Beach team. And a simple Internet search will reveal the tons of educational material that the Bitcoin community has produced. Does that not count because it’s not government-sponsored?

In any case, this is Article 8:

“Art. 8. Without prejudice to the actions of the private sector, the State shall provide alternatives that allow the user to carry out transactions in bitcoin and have automatic and instant convertibility from bitcoin to USD if they wish. Furthermore, the State will promote the necessary training and mechanisms so that the population can access bitcoin transactions.”

The law itself guarantees convertibility between BTC and the US Dollar. And the Chivo wallet includes that functionality. Have there been problems? Of course. But not unsolvable problems. Also present in the law is El Salvador’s promise that “the State will promote the necessary training.” And one month ago, Bitcoinist featured the government’s first tv spot explaining Bitcoin and the Chivo wallet. They could’ve done a better job, sure, but there has been an effort to educate and it was previous to the law getting into effect.

Is Vitalik Buterin oblivious to all of this? Or is he just crying harder?

Let’s be clear, the relationship between Vitalik Buterin and Bitcoin Maximalists is contentious, to say the least. They’re on opposing ends of the spectrum and both camps attack each other frequently. However, what he’s saying is simply untrue. Here are notorious Bitcoin maximalist Alex Gladstein’s critics of Bukele:

Not sure but would V care to elaborate on Bukele’s human rights violations? These are the real concern, not his Bitcoin Law (which could be v good for Salvadorans), and I have detailed them at length in my writing here: pic.twitter.com/YgKbdlI2VX

“To the critics, led by George Selgin, this amounts to a “forced tender” mandate that goes far beyond a mere legal tender law (which would declare a monetary medium an acceptable but not obligatory medium of exchange) and moves into the domain of coercion.”

“There is something about the law — mandating that vendors accept bitcoin — that goes against the voluntary “opt-in” ethos of Bitcoin. However, there are key features of the law that many people may have overlooked that protect vendors from the risk of holding the volatile asset while maintaining the benefits of using bitcoin in transactions.”

There’s also Andreas Antonopoulos, who’s not a Bitcoin maximalist per se, but has been critical of Article 7 from day one. 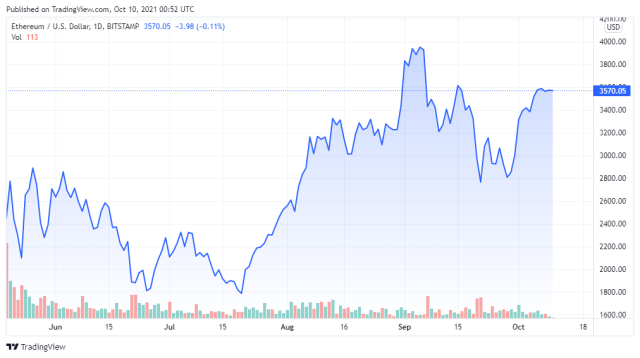 Did Vitalik Buterin Say Something Else?

In the intro to this article, we asked, “Is Mr. Buterin right in his assertions or is he just jealous?” His second comment in that Reddit thread might dispel any doubts. The original poster responded, “Couldn’t agree more, it’s like he pushed it because he bought at cheaper price and knew A country adopting a Crypto would alone take the price high enough to make him rich.” And Vitalik showed his true colors by saying:

“Simpler and dumber hypothesis : both for political reasons and because he is a human being like the rest of us, he just loves being praised by people he considers powerful ( IE. Americans). , Maximalists are a very easy community to get to praise you : you just have to be in a position of power and do or say nice things about them and their coin”

That is a really dumb hypothesis, let’s give him that. And the “being praised by people he considers powerful ( IE. Americans)” statement could be interpreted as racist and may be highly offensive to Salvadoreans as a whole. However, it’s the general sentiment of the phrase that gives away his intellectual dishonesty. Vitalik Buterin is one of the founders of Bitcoin Magazine. He knows Bitcoin is the hardest money ever created.

And let’s not get into the fact that all of 2017’s ICOs ran on Ethereum. What about that “large number of innocent people getting hacked or scammed”?