Data from Bloomberg and other sources confirm something of a renaissance for Galaxy, which as recently as the end of last year had seen its fortunes decline dramatically. 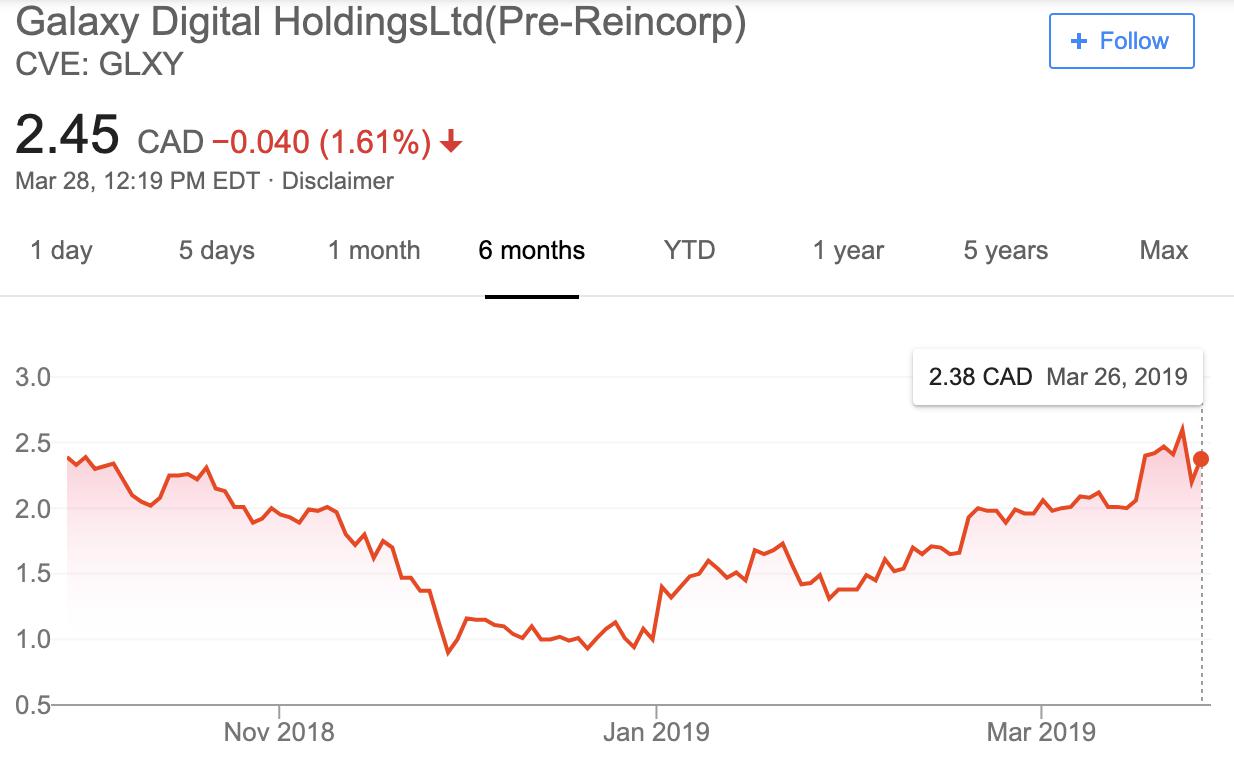 By contrast, November saw shares hit a low of just $0.89, part of the knock-on effect of the Bitcoin market downturn, which saw the cryptocurrency lose almost half its value during that month.

Now, both the bank and CEO Novogratz are receiving admiration from analysts, who note the upturn in performance came directly after he increased his stake in the company to 80 percent.

The turnaround comes as Galaxy pushes forward with investment plans despite the sluggish pace of cryptocurrency markets more generally.

In an extensive interview with TechCrunch this week, co-founder Mike Engelbert was predictably buoyant about the future, noting business expansion was likewise continuing.

“Our investment business is our biggest business by far,” he told the publication.

Given that in November, Galaxy’s trading losses totaled almost $140 million, Engelbert did not discount the likelihood of more pain in the future.

“We’ll definitely see more as this technology continues to develop. We’re still a ways away from it being the seamless technology we enjoy with the web,” he said.

But it’s probably not all that different from what we lived through the last time around, where a few companies become massively important and a lot of them don’t.

Onwards And Upwards With Bitcoin?

Novogratz has also upped his steadfast faith in bitcoin price in recent weeks. Speaking in various interviews, he highlighted Bitcoin’s future utility as ‘digital gold,’ as well as speaking vaguely about price performance by 2020.

On the latter topic, he is less stridently bullish than other major crypto investment moguls such as Tim Draper but still believes upside is easily achievable through this year.

Could it go down? Of course, it could; all markets could go either way, but it feels like we’re… grinding along at the bottom and the next move will be significantly higher.

As Bitcoinist reported, not everyone has since agreed, fresh warnings this week appearing that volume signs indicate a retracing below $4000 for Bitcoin is imminent. Closing the month below $3800, one analyst added, would cement the likelihood of more bearish behavior.

What do you think about Galaxy Digital’s performance? Let us know in the comments below!