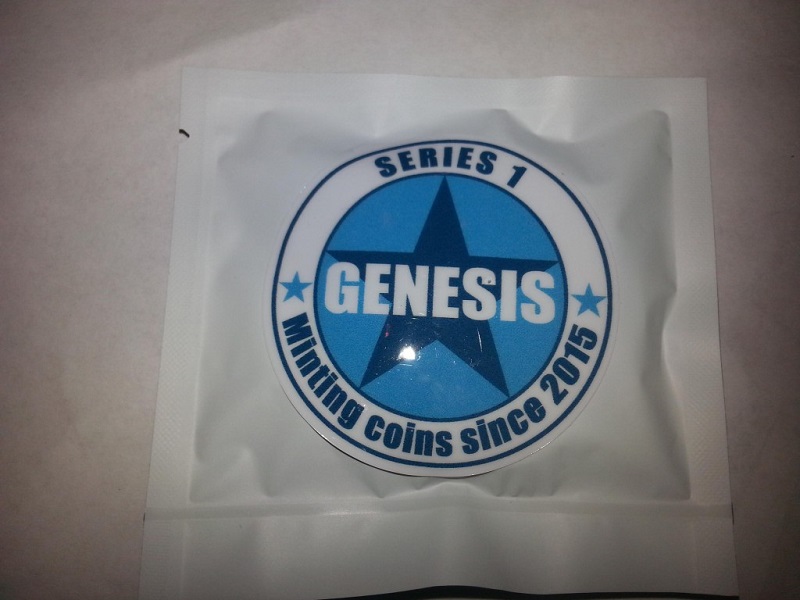 Genesis Coins to be Sold on Bitcointalk.org

The developer of Genesis Coin, the physical cryptocoins, says that he will now be selling his products exclusively on Bitcointalk.org for the first month of the release. Currently, he has 300 coins available for purchase; if there are any left after the first month, the developer will open up to other sale avenues. 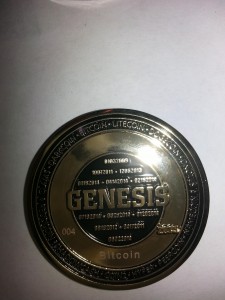 In his detailed post, wheelz1200 says he will be selling a total of 300 coins in Series 1 of his line that spreads across 12 different cryptocoins:

Talking about the inspiration behind the creation of crypto coins, wheelz1200 says that he was looking for physical representations of some of the lesser-known cruptocurrencies. When he saw that there weren’t many choices out there, he decided to create a brand new line of coins to compliment the current market.

Design and Features in Genesis Coin

Due to the large cost of minting a short run of coins, each Genesis Coin will have the same generic design. The coin is 1.5” in diameter and is made from copper/brass alloy. Each coin will be serialized 1-10 or 1-30 depending on which coin you get.

“The design on side one will have the word Genesis right in the middle, with a circle surrounding the word.  On top of Genesis will be six dates and below will be six dates. Each one of those dates corresponds to the genesis block creation date for each one of the 12 coins in series one. On the outside rim will be the names of all 12 coins represented. On the bottom right will be the date 2015 to correspond to the mint date.  Opposite on the left side will be a serialized engraving of the number coin it is.  On the bottom center will be the coin’s name that it is engraved on the coin.  On side two will be a full address on the top rim that will be specific to the coin that is engraved on side one.”

There will be a security sticker in a recessed area in the center of each coin. This sticker will cover the printout of the full security key that pairs with the address engraved on the coin. The security sticker has the company’s name that lights up under UV lighting.

How one Can Buy Genesis Coin?

Genesis coin serialized 1-10 will be gold plated, and every coin serialized 11-30 will be silver plated (excluding Bitcoin, Litecoin, and Dogecoin, as only 10 of each will be produced).  Wheelz1200 says that every coin serialized 1-15 and 26-30 will be packaged up into “packs”; the coins serialized 16-25 will be available for direct sale. He will be sending the coins in a non-see through, white package with a Genesis sticker placed on the front of the package. Thus, the only way to attain a Genisis Coin for Bitcoin, Litecoin, or Dogecoin is to buy a pack and luck out on getting the coin you want. The other coins will each have 10 available for direct sale, with the other 20 placed into packs as well.

Customers interested in buying the crypto coins need to pay in Bitcoin. Wheelz1200 will approve of a reputable escrow service from a BitcoinTalk member; wheelz1200 also warned potential buyers about fake usernames like wheelz120O or whee1z1200.

Will you buy a Genesis Coin? Let us know in the comments below!

Disclaimer: The writer of the post is not associated with Genesis Coin or Bitcointalk, nor he has any vested interests in the two parties.