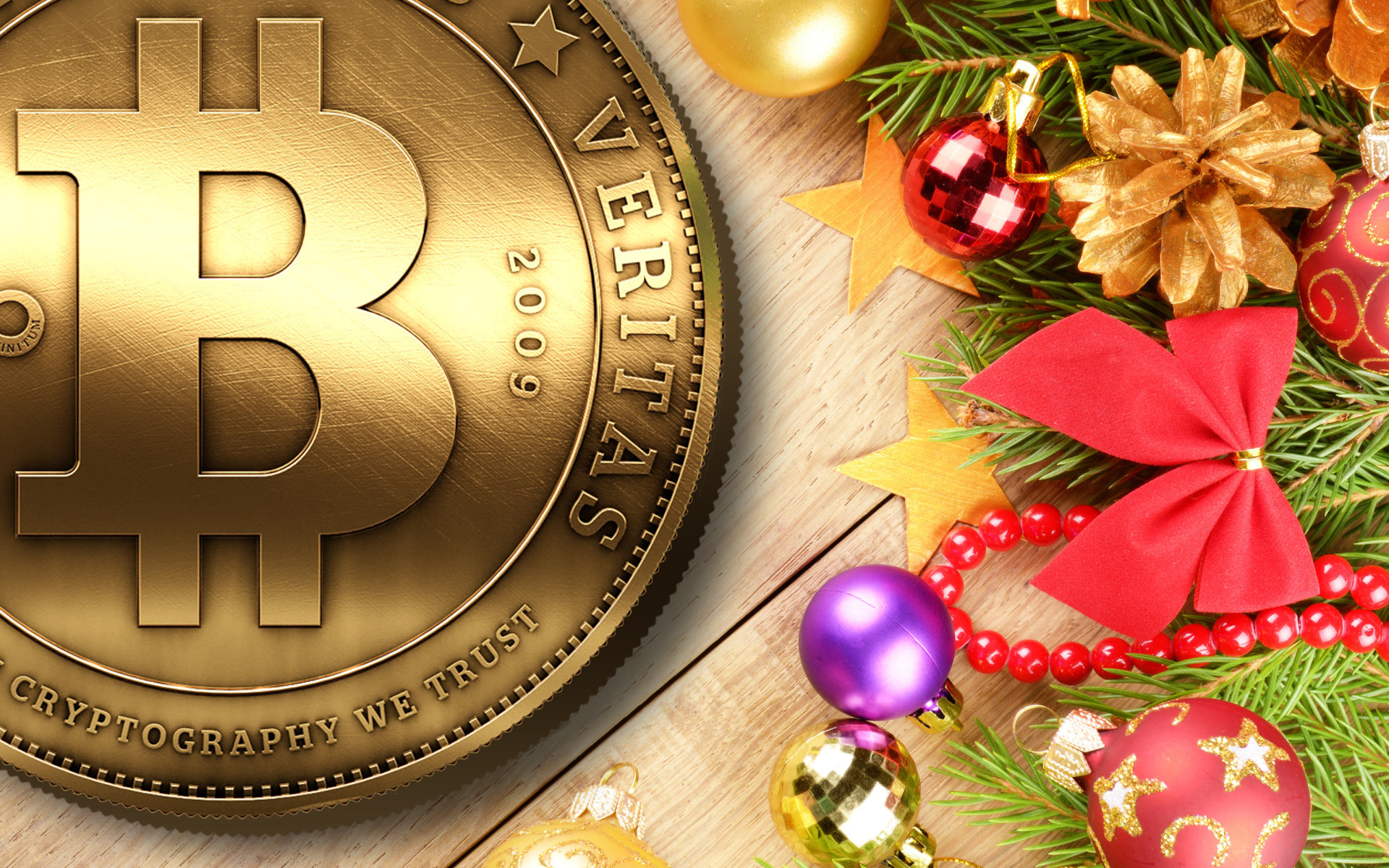 Christmas is once again around the corner (metaphorically speaking at least, as time isn’t actually endowed with too many corners), and you may be considering giving loved ones the gift of Bitcoin. But what is the best way to do it, and should you really be doing it at all?

Not Just For Christmas: A Bitcoin Is For Life

As a Bitcoin enthusiast, you probably love spreading the word, and what better way than to  coerce those you care about into also caring about your favorite cryptocurrency? Sadly, for those not already versed in the technology, presenting a link to an online wallet is perhaps too esoteric a gift.

So what are your options?

Physical coins could be the perfect item for a non-techy receiver to perceive the concept of virtual currency as something of actual value. They can look pretty impressive, and are clearly made for keeping and displaying rather than immediate spending, thus also promoting Bitcoin as an investment.

They are typically minted from semi-precious or precious metals, with a tamper proof panel on one side. Behind this are hidden the public and private keys needed to spend them. Available from a number of online sources, from the reasonably priced Denarium to BTCC’s silver and gold versions, to the ‘aimed at richer people than me’ Titan.

However, depending on how much you want to give, you could find yourself spending more on the physical coin than the Bitcoin. Not that this will bother the receiver, as is it you who is taking the initial hit, but something to bear in mind.

To avoid upfront costs you could choose to give a paper wallet, which physically stores the public and private keys on a piece of paper you print yourself. The Bitcoin is essentially stored offline, and you can even get special festive designs at bitcoinpaperwallet.com 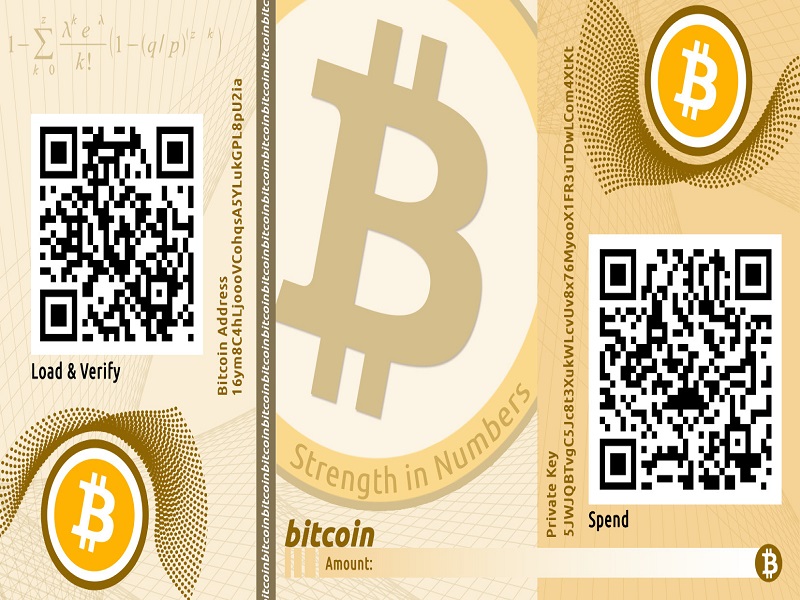 It should also be noted that paper wallets should be redeemed in their entirety. It isn’t recommended to leave a balance on them and reuse the same public key, so they can’t really be spent, only transferred or sold.

You could buy a Bitcoin gift card for family and friends at sites such as bit4coin, but really, why would you? The cards come in Euro denominations and can be used to buy bitcoins… at the rate when they are redeemed. Yeah, thanks. If you’d just bought me the bitcoins in the first place they’d be worth… You can see the issue. 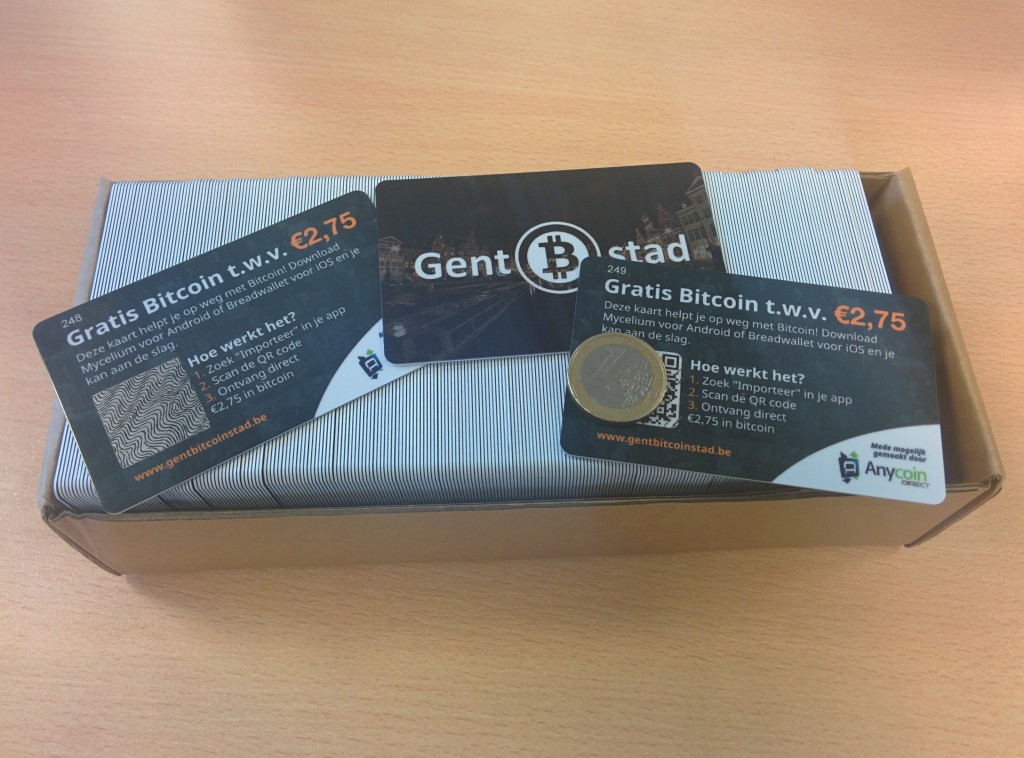 You are basically not buying any bitcoin, but telling someone that they have to buy x amount of bitcoin (and only bitcoin) themselves. As pointless as any other gift card… Next!

[Editor’s note: as you can see it’s not a favorite option of some, but it’s an option nonetheless.]

Early hardware wallets were not much more than custom USB drives holding the necessary keys, although the latest offerings can include additional gizmos such as information screens and cameras for scanning QR codes. 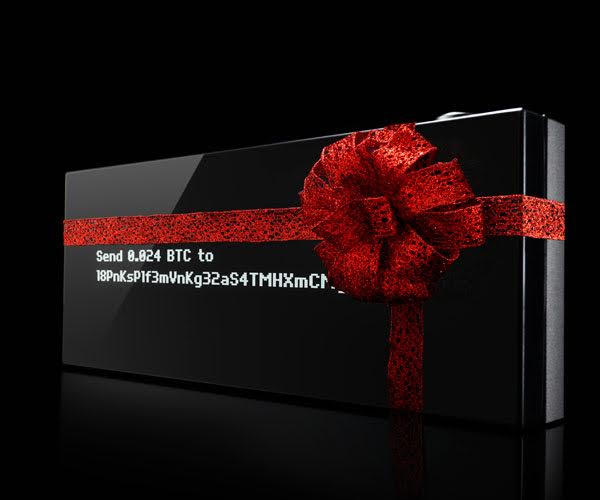 A suitable tech solution for storing cryptocurrency and private keys, they are typically more expensive than the cheaper physical coins, but cheaper than the ones that I can’t afford. They also have the benefit of being reusable. Bitcoin is stored offline and can be bought/sold/spent while plugged into a computer.

Sold as being one of the most secure ways to store your bitcoin, there are a few types available, though the Ledger Nano S, KeepKey and Trezor are probably the current standouts on the market.

A Gift That Keeps On Giving?

But should you be giving Bitcoin at all?

Maybe not as the main gift and obviously it’s not for everyone. Personally, I see Bitcoin being a better gift for a newborn, like the equivalent of a building society account (or other investment) opened in its name. Being the best performing asset for several years running now, Bitcoin has a great chance to be a gift that will keep on giving…and giving — as a long-term investment.

As the main Christmas gift, however, it would depend entirely on the intended recipient, and only you can judge that. And if you judge your recipient badly, don’t come crying to me. Your grandma can’t find her glasses…you really thought she was going to manage her private keys? 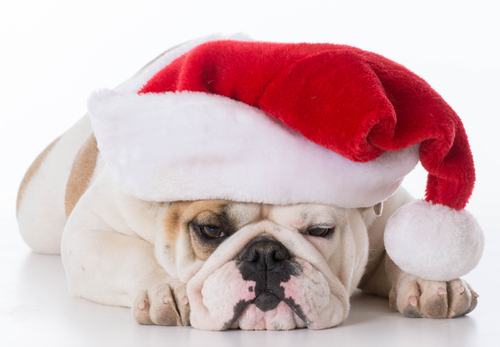 It is a bit like giving that awesome box-set you loved as a gift. It isn’t necessarily something that they like, but something that you like. They might just…not get it because it’s a gift you want, not a gift they want.

But I’m not going to pretend I know your loved ones better than you do. They may well adore that box set, and if they do, then you might be giving them the best gift ever.

Are planning to give the gift of bitcoin this year? Let us know in the comments section below!