Former Goldman Sachs banker Chris Matta quit the famous multinational investment bank and financial services company only days after earning a promotion to the position of vice president – and he did it for the sake of cryptocurrency.

‘I Saw it as a Calculated Risk’

It’s safe to say that most people wouldn’t bail on their career after climbing the Wall Street ladder and making vice president at the most profitable securities firm in history – but that’s exactly what Chris Matta did.

After watching Bitcoin and other cryptocurrencies explode in value throughout 2017, Matta and two former colleagues instead decided to create their own cryptocurrency-focused investment vehicle. Matta explained to CNBC:

It’s safe to say, you leave a good amount of money on the table walking away from Goldman. But I saw it as a calculated risk.

They called in the CEO of my organization, and he said, basically, ‘Are you crazy? Do you realize the risk you are taking here? You are giving up on your bonus!’

While it might sound crazy, Matta’s departure from Wall Street serves as an example of how the brightest and sharpest financial minds are leaving traditional financial institutions in favor of the new, wild, and untamed lands of cryptocurrencies. 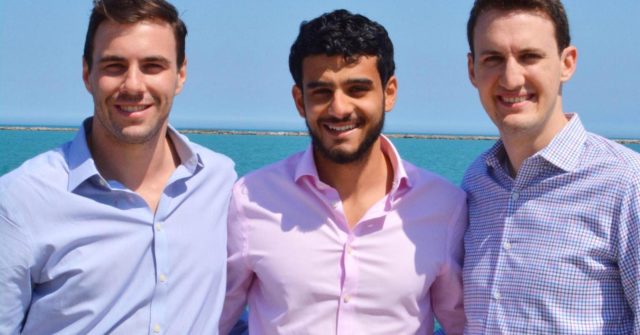 In Matta’s case, he and his co-founders – Ali Hassan and Michael Kazley – spent their holiday vacation setting up Crescent Crypto Asset Management, as opposed to catching some R&R. Explained Matta:

In the crypto world, every month is like a year in the equities space. The amount of things that would change in that time, the number of funds that would come to market, it would just be a much more difficult landscape for us if we were trying to get things up and running in February.

Despite rough goings in the first half of 2018 thus far, Matta and crew remain faithful that their new venture will work out in their favor. “It’s either going to zero, or it’s going magnitudes higher,” he told CNBC, adding:

I don’t regret it at all. It’s been the most exciting few months of my life, honestly.

Would you walk away from a VP role at Goldman Sachs to start your own cryptocurrency investment vehicle? Let us know in the comments below!