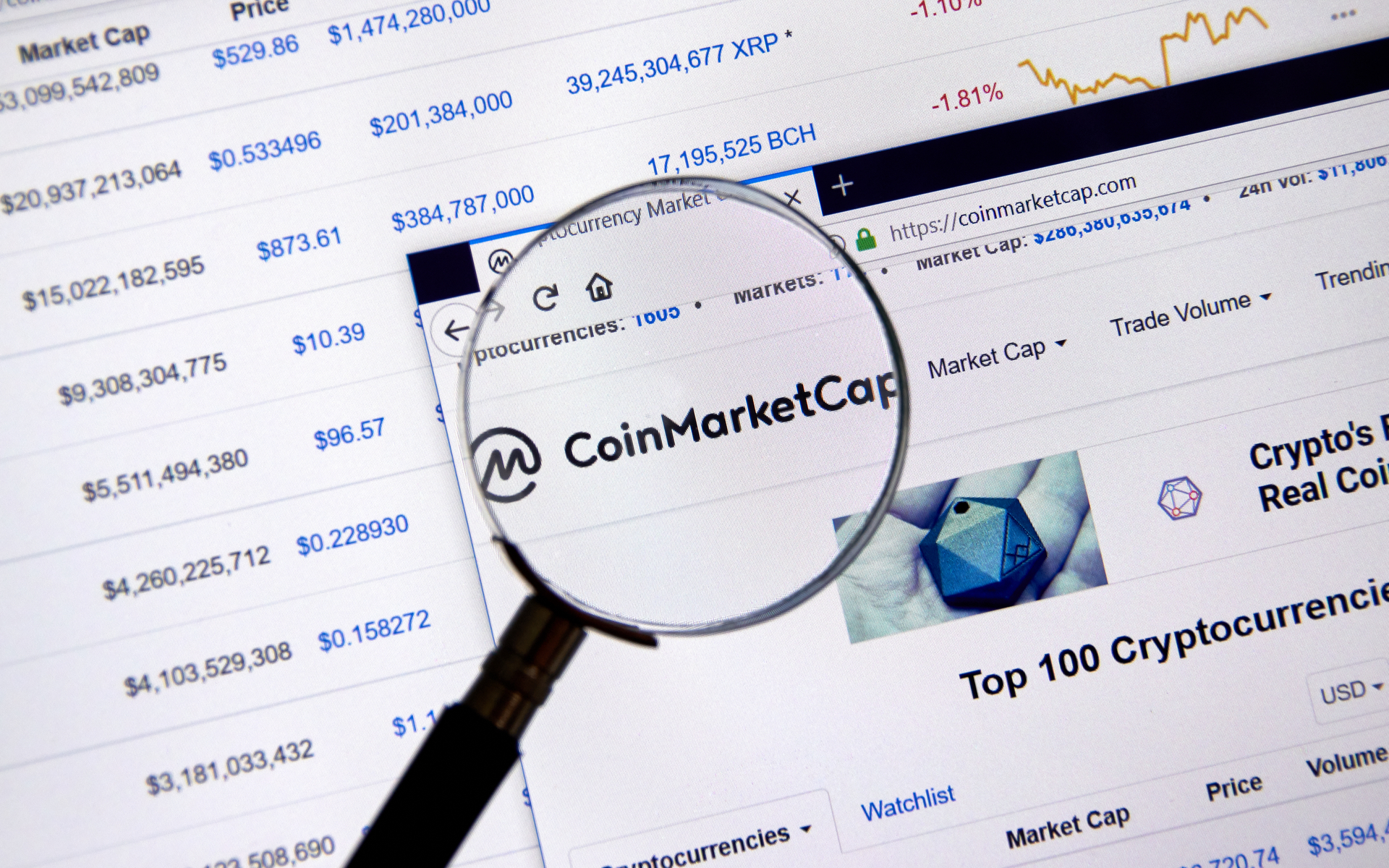 by Eustace Cryptus
in Trading, Markets and Prices
0

A recently published Forbes report found that CoinMarketCap continues to list exchanges that are known for providing fake crypto trading volume. Does this mean CoinMarketCap has given up on providing reliable data to investors?

In early 2019 two separate research reports from Bitwise Asset Management and Alameda Research found that 65% to 95% of all reported cryptocurrency trading volume is manipulated or completely false. In spite of this, a close look at CoinMarketCap shows the cryptocurrency price and volume site still listing exchanges known for volume manipulation and wash trading.

In fact, of the top 25 exchanges listed on the site, roughly 75% are accused of reporting manipulated trading volume. This is concerning as CoinMarketCap is the primary website used by the majority of cryptocurrency traders.

When Bitwise’s seminal study published in March, CoinMarketCap joined the discussion and admitted that there was room for improvement. 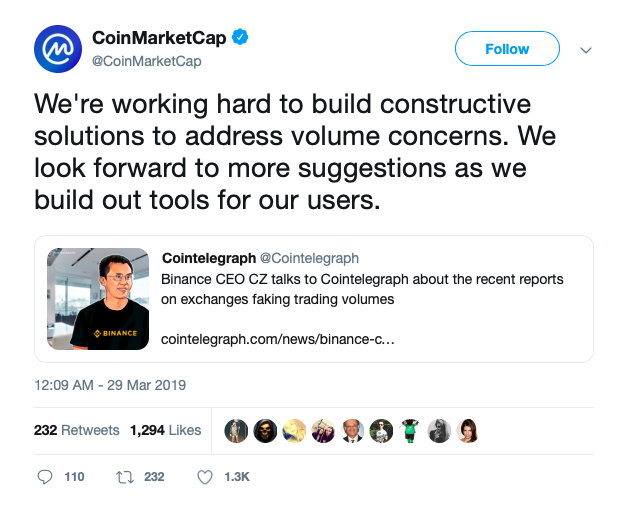 CEO Brandon Chez also admitted that fake trading volume “is an important issue, and we’re actively trying to solve it.” According to estimates from Forbes, CoinMarketCap currently employs a 40-person team, inclusive of six data scientists, and the platform easily earns $20 to $30 million per year in advertising revenue.

CoinMarketCap says: ‘We’re working on it’

CoinMarketCap appears to lack a sense of urgency in addressing this issue and proof of this comes from a recent Forbes report published four months after Bitwise released its report. The report detailed how BKEX cryptocurrency exchange falsified trading volume by copying trading volume from Binance. Even though the Forbes report published on July 2, 2019, CoinMarketCap has yet to address the issue.

CoinMarketCap hasn’t turned a complete blind eye to the issue and in May the company unveiled a partnership with the Data Accountability and Transparency Alliance (DATA). Interestingly, the partnership may not achieve its stated goal as a number of suspect exchanges like Bitrue, and CoinSuper are also members of DATA. 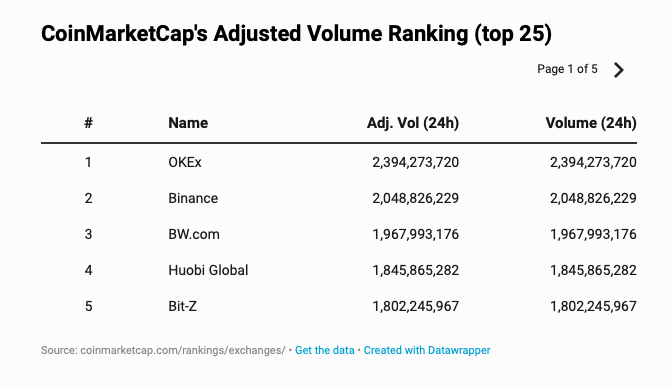 CoinMarketCap also debuted a new column for “adjusted volume” on its ranking page but the data is nearly the same as “reported volume” which exchanges provide. Castle Island Ventures partner Nic Carter described CoinMarketCap’s efforts to deal with falsified data  “like trying to put out a fire, a blazing house fire, by pouring a small cup of water on it.”

CoinMarketCap chief strategy officer Carylyne Chan defended the company’s efforts and explained that the issue is difficult to tackle because “the team is trying to do it right…it’s always been balancing between doing it right rather than doing it quickly.” Regarding the BKEX controversy, Chan said CoinMarketCap is cognizant of the offense, but not taking action yet. Chan said, “The team has received just one complaint so far for BKEX, and we will be further monitoring before an alert will be put up on the site.”

According to measurements, the difference between Messari’s ‘Real 10’ volume is startling. When questioned on why CoinMarketCap has refused to delist exchanges that publish fake trading volume, Chan said:

This is really a philosophical question for us, because ever since we started the site we try to not censor information…so a primary objective is not to week out and ignore them as data points but really enrich the decision-making process of our users by publishing a wider array of data points.

Having access to authentic data is paramount for cryptocurrency investors and CoinMarketCap’s negligence in promptly addressing this issue essentially gives exchanges the green light to embrace unethical practices en masse. Exchanges on the site are listed in order of trading volume, and traders might gravitate toward exchanges that they believe have the highest liquidity.

Experienced and inexperienced crypto traders relying on data from CoinMarketCap could be making poor investment decisions by depositing funds at exchanges susceptible to liquidity issues and hacks. If CoinMarketCap truly cared about supporting the growth and development of a healthy crypto-currency ecosystem, they would take greater urgency in addressing these issues.

Do you think CoinMarketCap could do more to address the issue of fake crypto trading volume? Share your thoughts in the comments below!