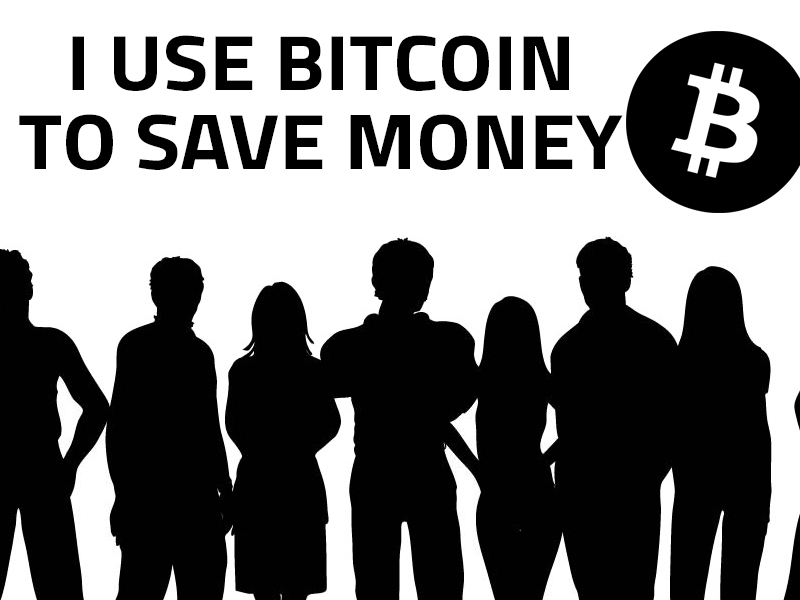 I Use Bitcoin To Save Money

There’s a new website on the crypto-block that was created to show real people who save money using Bitcoin. The digital currency has quite a bit of great attributes like decentralization, an open source code, and being the first true peer-to-peer money worldwide. Another pretty cool aspect about Bitcoin is certain applications can also save people money literally every day. So Thomas Hunt host of Mad Bitcoin’s created this site and video to create excitement for these money saving features. Here’s what he told Bitcoinist:

“I made this video because I want people to know how much money they could save by using Bitcoin. If you like saving money, you should be into Bitcoin.” — Thomas Hunt, Mad Bitcoins

iusebitcointosavemoney.com has gathered together some of the creative innovators, executives, and enthusiasts in the digital currency industry to tell people about Bitcoin savings. Applications such as Fold, Airbitz, Purse, Gyft, and others save people money every day by using the virtual money. Savings can be upwards of 20% when purchasing using these platforms. These community members appearing in the short video want the public to be aware of this especially with a looming recession ahead of us.

So employees of Airbitz, Purse, Fold, Gyft and an array of other guests have partnered up with the Mad Bitcoin’s host to make this video and website. Some of the members of the community that joined forces to record the short film include Barry Silbert and associates from the Digital Currency Group (DGC). Other industry movers and shakers including Brock Pierce, Roger Ver, Will Pangman, MK Lords, Blake Anderson, Jason King, and much more join in. Also, Readers here at the Bitcoinist are encouraged to submit a 30-second video of you saying the same testimony:

“I Use Bitcoin To Save Money”

This modern family is saving money with #bitcoin. Is yours? pic.twitter.com/cZHyxFLjXQ

Bitcoin encourages saving money and a different paradigm of the way we operate with mediums of exchange. Existing methods of centralized services and its tethered fiat money hasn’t been working out too well for the people of this world. The decentralized currency was designed to help battle this manipulation and corruption by deploying a system of transparency and peer-to-peer exchange. When people figure out, they can also save significant sums of money using the currency and see percentages deducted off their daily spending this will add more incentive to use Bitcoin.

The team members of Purse, Airbitz, Fold, Gyft, The World Crypto Network, DGC, Blockchain Capital and their friends want the world to know these applications already exist. You can save right now up to 20% using a platform like Purse on Amazon and save a few bucks a week at Starbucks using the AirBitz wallet. After a while, these savings will be something you become accustomed to, and you too will also want to inform your friends and family. So if you’d like to participate in this websites video and would like to shout to the world that you “Save Money Using Bitcoin” then head on over to iusebitcointosavemoney.com today!

Still a chance for YOU to star in the next “I use #bitcoin to save money” video: https://t.co/TLoPDkKj65 pic.twitter.com/5fWYHFR7G2

Do you save money using Bitcoin? Let us know in the comments below.

Editor’s Note: The guests mentioned in the above article may not appear in the first half of this video but will be added today at some point. Guest submissions will also be reviewed and added as they come in.