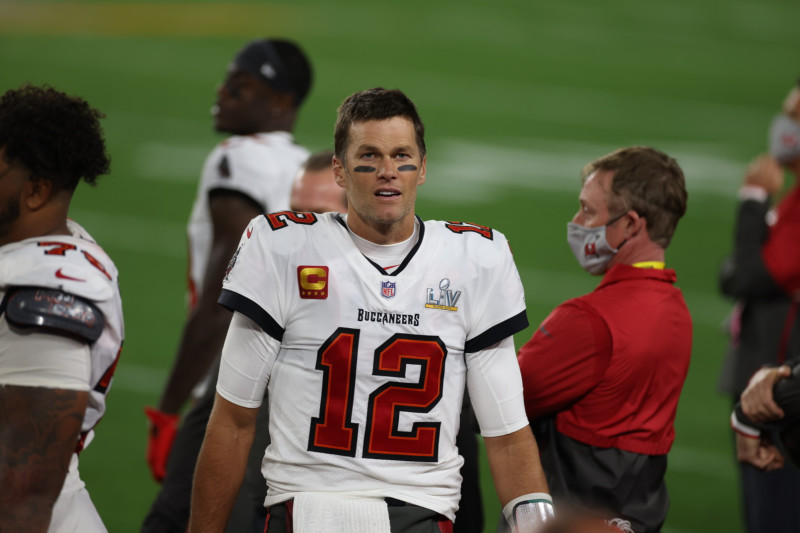 Tom Brady, a seven-time Super Bowl champion, said he’s a “strong believer” in cryptocurrencies and confirmed that he’s bought them.

Tom Brady In It For A Long Time

Despite the recent status of the crypto space, the star quarterback, formerly of the New England Patriots, stated in a recent interview that he was looking at bitcoin and that he would be a long-term investment. He admitted that cryptocurrencies was a bit of a “marathon,” but he was captivated by what bitcoin has to offer.

“I’m a big believer in [crypto],” Brady said in a pre-recorded video interview with FTX  founder Sam Bankman-Fried. He did not share any specific details about which crypto assets he’s invested in.

Hey @TomBrady — first laser eyes, then you're buying the dip. I'm talking at #Consensus2021 Thursday night if you want to join me!https://t.co/zKmIvnMOQQ

Brady garnered attention not long ago when he altered his Twitter profile picture to one with laser eyes, something that many crypto enthusiasts and traders have done in recent months. Because the image of laser eyes implies that the person who created it believes bitcoin would someday reach a six-figure price of at least $100,000, many crypto proponents flocked to social media to speculate that a new BTC believer has emerged in the sports world.

Responding to the attention he garnered, Brady said:

“I have been following that community for a while on Twitter, someone had called me out to change my profile picture and use the laser eyes, in my understanding it was really a vote of confidence to really get into the conversation as I am such a big believer in crypto and where things are headed in the world. I’m listening to everybody and I am excited to continue to learn.”

“In this space of crypto, I am still learning so much. It is something I am going to be in for a long time. It is definitely a marathon,” Brady added.

Tom Brady is skeptical of the league’s acceptance of crypto. “At the end of the day, technically that can’t happen, [teams] can’t pay their athletes [in bitcoin], what they pay is in dollars,” Brady said. “But I mean, how you invest your money? Absolutely. So I definitely think there’ll be more solutions as this is more widely adopted in all areas of our lives.”

However, Brady does not anticipate being paid in crypto the way his peers have sought. Free agent offensive tackle Russell Okung, free agent tight end Sean Culkin and free agent quarterback Matt Barkley have all sought to get their salaries in bitcoin.

According to Brady, bitcoin has become a serious topic of discussion among his teammates and coaches. This is what first drew him in, and he has since gained a great deal of respect for the crypto space. He mentioned:

“One of my quarterback coaches has been on it for eight or nine months, so we talk about it basically every day. The prices of the different tokens, how the space is doing, so it is something that is on all our minds. We are very interested. We are learning more and more about these emerging markets. I am a big believer in it. I do not think it is going anywhere. I think absolutely there is going to be volatility, but at the same time, knowing when there is a lot of change and disruption in the markets, there are a lot of people that will fight that.”