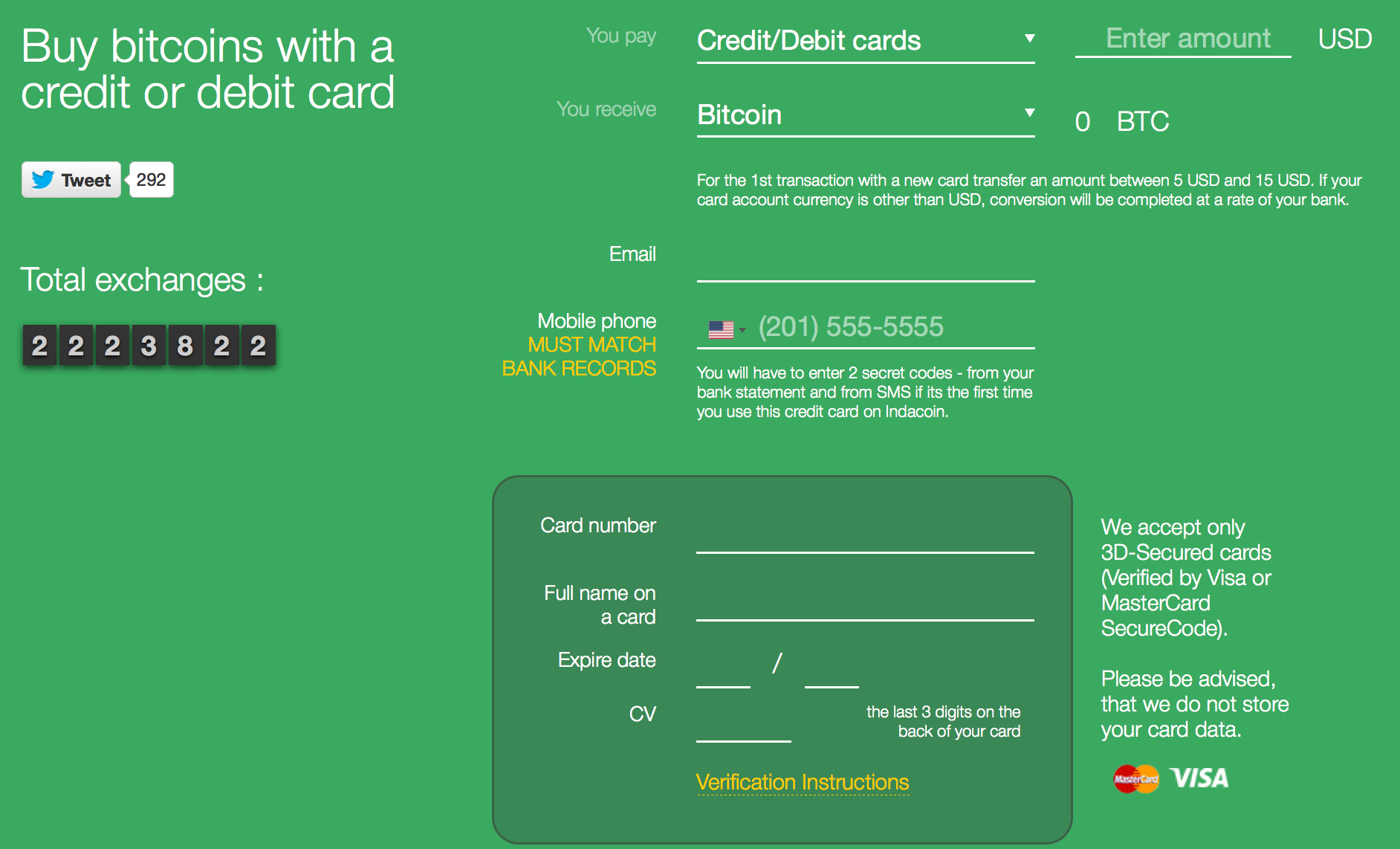 London-based Indacoin Exchange has launched Visa & Mastercard payments that will allow users from all over the world buy Bitcoins & Litecoins with their banking cards. The minimum amount is $5 and the limit for the first month is $500. After 40 days of the card using monthly limit will be increased to $3 000.

Disclaimer: This article is a press release provided by Indacoin. Bitcoinist is not affiliated with Indacoin and is not responsible for its products and/or services.

Currently, no more than 5% of bitcoin exchanges have credit/debit card option because of the high risk of fraudulent transactions. Only in the US the cost of card fraud was about $8 billion in 2014, and a bitcoin exchange is a perfect target for card holders. While a card payment can be reversed, it is not possible to reverse a bitcoin transaction. So hackers pay with stolen cards and then merchants face lots of chargebacks. That’s the main reason those few exchanges who accept cards, have a sophisticated verification process.
Indacoin Exchange found a safe and secure way to simplify and speed up the process by requesting a code from online bank statement and a text message It usually takes no more than 30 minutes to verify the card and receive bitcoins.

“While buying bitcoins with a credit or debit card is supposed to be the simplest way of getting cryptocurrency, only 0.1% of bitcoins that were bought in 2015 had been purchased using Visa or Mastercard. Such discrepancy is explained by extremely complicated card verification procedures. In Indacoin, we don’t request scan copies of passports, utility bills, cards and don’t make people waiting for several days before they can get bitcoins. Even our new clients can buy bitcoins within half an hour and for our loyal customers the process is instant. We hope that such easy way of buying bitcoins with a card will accelerate the further market development and attract new fans of cryptocurrency ”

– Indacoin CEO Stanislav Kosorukov said.
Indacoin has a deep integration with major European and American financial institutions that enables its platform to identify whether the card has been stolen or not within half an hour. In most cases, clients will receive a call from the bank to confirm that they have bought bitcoins on Indacoin.