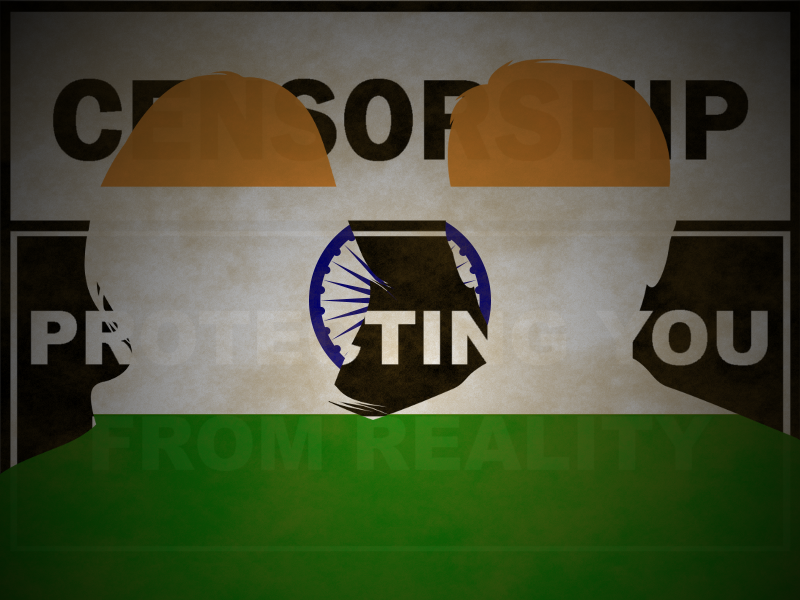 by Tyson O'Ham
in FinTech, Legislation
2

India has expanded their draconian internet copyright and media enforcement policies from DNS filtering banned IPs, to enforcing those bans with up to 3 years jail time and up to a $4500 USD fine for attempting to visit a blocked site. Said enforcement is facilitated with assistance from Indian ISPs

Many sites are blocked in India at the request of the Bollywood media industry and other legal entities. They do so via a legal avenue known as a ‘John Doe order:’ an injunction that recommends action as a prophylactic against the possibility of a crime taking place, or in instances of crimes perpetrated by anonymous actors. In effect, John Doe orders have given the Media Industry carte-blanche to order a site be blocked in India, and now people attempting to visit those sites risk serious legal repercussions. Mind you; not just pirates fall under this legal umbrella. Simply visiting a site with content deemed undesirable by the aabove John Doe orders will make you a criminal. Try visiting one of the many blocked sites in India, and it will return:

“This URL has been blocked under the instructions of the Competent Government Authority or in compliance with the orders of a Court of competent jurisdiction. Viewing, downloading, exhibiting or duplicating an illicit copy of the contents under this URL is punishable as an offence under the laws of India, including but not limited to under Sections 63, 63-A, 65 and 65-A of the Copyright Act, 1957 which prescribe imprisonment for 3 years and also fine of upto Rs. 3,00,000/-. Any person aggrieved by any such blocking of this URL may contact at urlblock@tatacommunications.com who will, within 48 hours, provide you the details of relevant proceedings under which you can approach the relevant High Court or Authority for redressal of your grievance”

Tata Communications is an Indian ISP, indicating that there is deeper cooperation taking place than the previous Government DNS filtering efforts. This increased level of cooperation aligns itself with increased Indian copyright enforcement efforts.  Given that this message may be and is fairly often returned when no infringing content is hosted on a site, and that it blocks engine-searchable media like images and news outlets based on Lists Compiled from Indian media industry John Doe orders, it places an unenforceable amount of people in legal jeopardy.

While doubtful this is a move towards China-Style internet censorship in India, It highlights just how far reaching their current system is. While this censorship stems from a legal loophole that circumvents due process, interests align such that it will likely continue, and just because it criminalizes the ostensibly legal internet habits of an incredibly large amount of Indian Citizens, putting enforcement of this new policy well outside the realm of practicality, does not mean examples will not be made.

Want to discuss internet freedom on the sub-continent?  Start one in the comments!