India’s Finance Secretary T.V. Somanathan warned on Wednesday that private digital money will never be recognized as legal tender in the country. Only the Reserve Bank of India’s digital currency is recognized as a legal tender. The government will not be held liable for any losses incurred in private crypto investments. Cryptocurrency trade, on the other hand, is no longer unlawful because it is now subject to taxation.

Somanathan, according to a tweet from Asian News International on Wednesday, said that a digital rupee guaranteed by the Reserve Bank of India, or RBI, will be recognised as legal tender, but that major cryptocurrencies will not. Because digital assets like Bitcoin and Ethereum lack government approval, they will likely remain “assets whose value will be determined between two people,” according to the finance secretary.

“Digital rupee will be backed by RBI which will never default. Money will be of RBI but the nature will be digital. The digital rupee issued by RBI will be the legal tender. We can purchase non-digital assets with the digital rupee like we purchase an ice cream or other things using our wallet or payments through UPI platform.”

Crypto assets, according to Somanathan, are assets whose value is determined between two people; you can buy gold, diamonds, and crypto assets, but their value will not be regulated by the government.
https://twitter.com/ANI/status/1488837091043979266

The Finance Secretary of the nation of over 1.3 billion people issued a warning:

“People investing in private crypto should understand that it does not have the authorization of government. There is no guarantee whether your investment will be successful or not, one may suffer losses and government is not responsible for this.”

In India, there has already been discussion about whether or not to accept Bitcoin as legal tender. During a Parliamentary session last November, India’s Finance Minister, Nirmala Sitharaman, stated that the country’s government has no intentions to recognize Bitcoin as a legal tender. 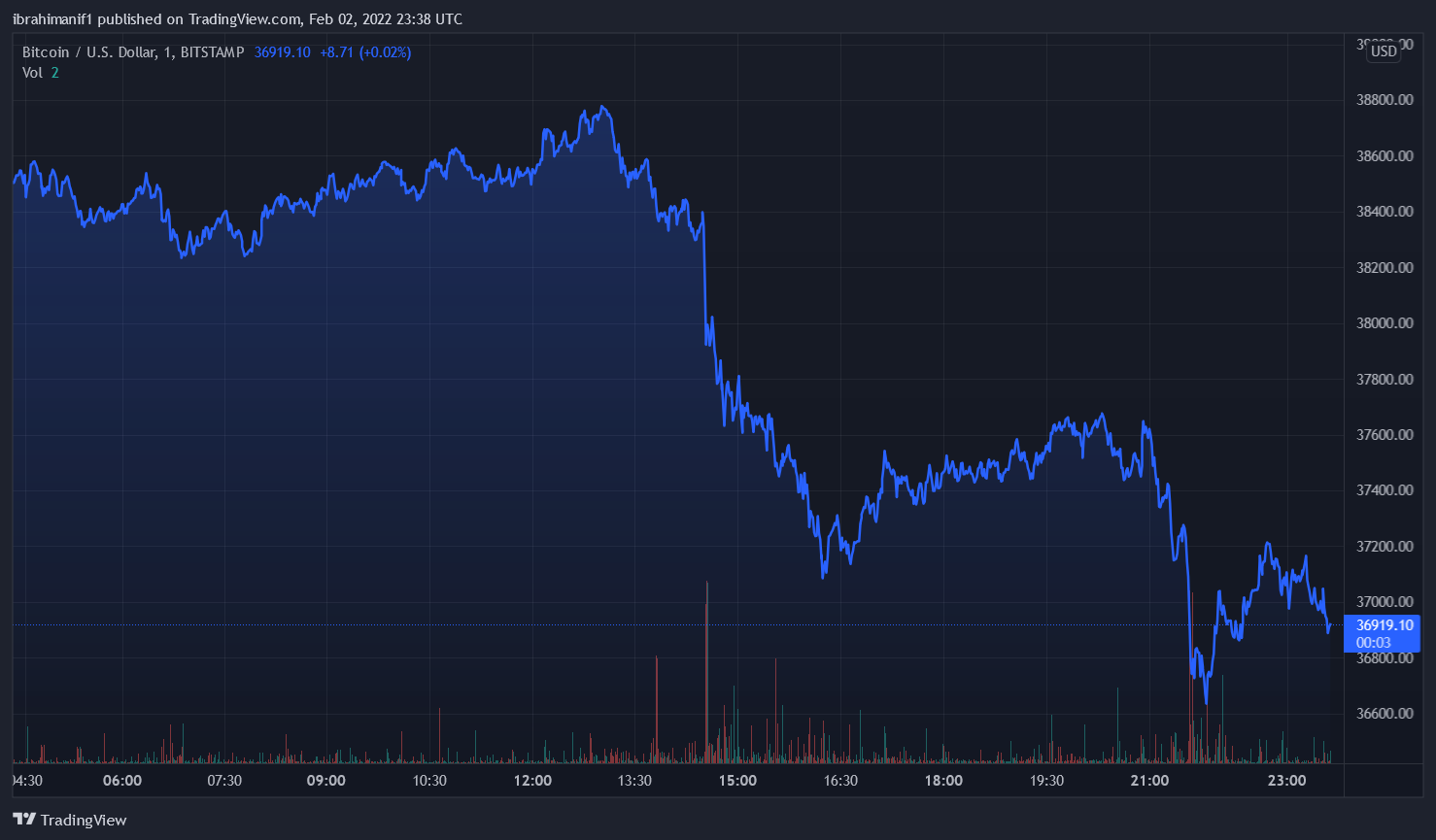 Although regulation has been advocated, no such ban has been enacted. A 30% tax on crypto assets was proposed just yesterday, and plans for the issue of a central bank digital currency were disclosed.

The 30% tax rate on digital asset transfers was also clarified by the Finance Secretary. Except for agriculture, he said, all other revenue is taxable under government policy.

“Currently we don’t have clarity on cryptocurrency, whether it is business income, capital gain or it is a speculative income. Some people declare their crypto assets, some do not. Now from April 1, 2022, a uniform rate of 30 per cent tax will apply on the transfer of digital assets”