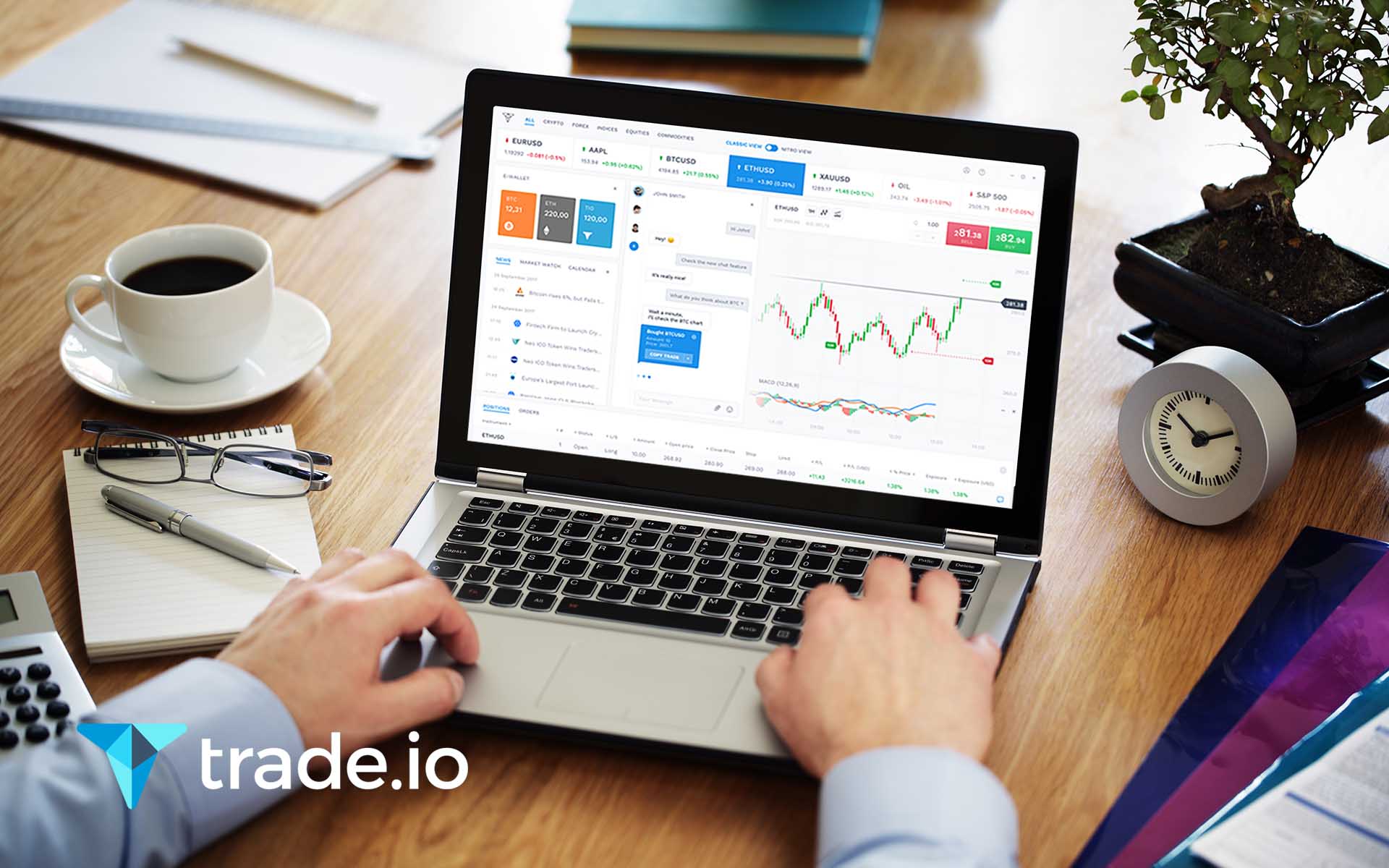 Promising an innovative way to trade cryptocurrencies and other assets, trade.io is set to launch its exchange in April – and is well-equipped to outperform the competition.

trade.io – a blockchain based trading platform which aims to democratize the markets, disrupt the financial industry, and recapture and redistribute wealth back to investors and companies—has already had a highly successful ICO, raising $31,169,749 from 15,073 participants who purchased 65,782,147 Trade Tokens (TIO).

Additionally, the team behind trade.io has over 20 years of experience in trading, investment banking, compliance, and risk management, with various strategic partnerships in place.

Now, trade.io is set to launch its promised exchange in April – which aims to eliminate disproportionate fees through an innovative peer-to-peer shared liquidity pool, allowing for profits to be redistributed back to customers.

trade.io’s platform will initially launch as a crypto-to-crypto exchange—though a full multi-stage rollout has already been outlined, which will ultimately make the exchange a full multi-asset platform.

Trading cryptocurrencies with fiat pairings will follow sometime after launch, followed by FX trading. Finally, trading other asset classes—such as global equities—will become available near the final stages of the platform’s rollout

trade.io will also have multiple licenses in different regulatory environments, with many already in its possession, ensuring no legal issues hamper users trading experiences.

Unlike some new exchanges only offering a handful of coins to trade with, trade.io’s platform will begin trading with over 200 different coins. However, trade tokens (TIO) will not initially be used for marginal purposes on the exchange—but the company plans on exploring that option in the future.

As anyone who’s tried to open up a new account on a cryptocurrency exchange in recent months has likely found out, dealing with an influx of new users is no easy task—even for the largest exchanges.

However, trade.io is prepared to handle a rapidly expanding new user base while keeping the platform running smoothly, thanks to a focus on atomic operations, circuit breakers, alerts, component isolation, DDOS protecting, sharding and caching.

Additionally, the company’s customer support will feature professionals fluent in a variety of languages, as well as their marketing team.

Marketing is key[…]More importantly though is listening to the community and building a product that isn’t what we think it should be but what the community wants[…]On that front we are building sentiment analysis tracking and [feedback] systems that will allow us to keep a pulse on the community to gain insight but also to make sure we are exceeding expectations. On the marketing front I think our success with the ICO is a testament to our acumen in that area. We also learned a lot and will continue to improve our communications and PR.

As always, trade.io’s plan is to outdo the competition in every way possible, by offering greater performance, customer support, a high level of security, a user-friendly experience, and continued innovation.

Are you excited for the launch of trade.io’s new exchange in April? Did you participate in the successful ICO? Let us know in the comments below!