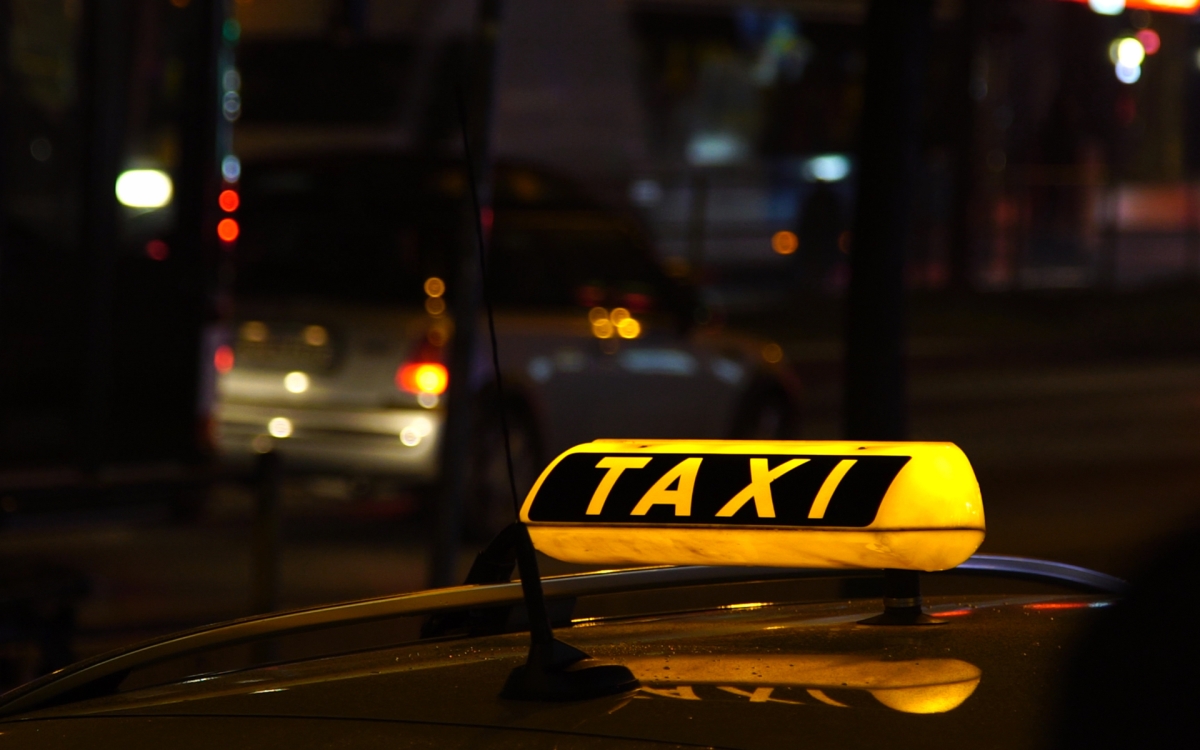 Interview with LibreTaxi: The ‘Free Alternative’ to Lyft & Uber

Bitcoinist spoke to Roman Pushkin, founder of LibreTaxi, an open-source ridesharing mobile app that will soon support Bitcoin payments, to find out more about his vision for this “free alternative” for Uber and Lyft.

Ride sharing applications are becoming part of our daily lives. However, there are just some areas apps like Uber and Lyft don’t cover and a certain currency – Bitcoin, of course – that these simply do not accept as a payment system. 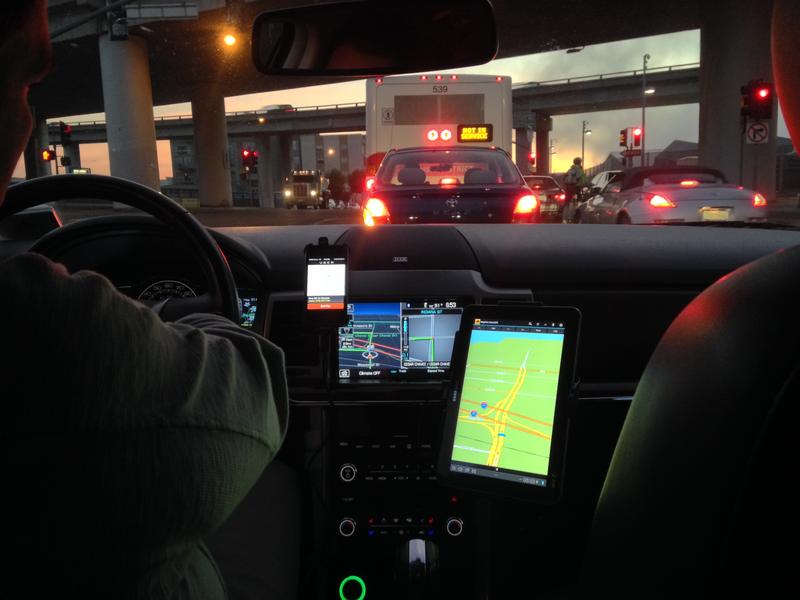 However, new alternatives are popping up, shifting the focus on rewarding the driver and empowering the user by retaining no profits and making the app accessible to anyone. Such is the case with LibreTaxi, a cash-based, ride-sharing mobile app that will soon to integrate Bitcoin support.

Roman Pushkin (RP): It’s free alternative for Uber, Lyft, etc. It doesn’t compete with these companies directly. I made it for a remote area where I was born and found that people around the world like it. Uber probably won’t go to remote and rural areas, so LibreTaxi is perfect for that. 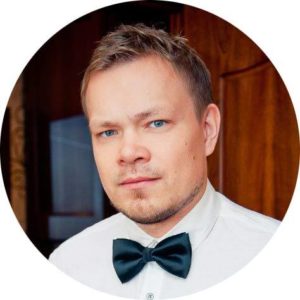 Bitcoinist: Who is working on this project?

RP: It all started as my side-project, it’s 100% coded by me. My father and friends were working on the idea, suggesting features for MVP and functionality. I discussed it a lot with people who live in rural areas and who really need this app.

I just think Telegram is nice, and it’s the secret sauce that allows individuals to compete with corporations.

Bitcoinist: What are the main differences between LibreTaxi and other transportation and ridesharing apps?

RP: I wouldn’t compare functionality. Well-known companies have thousands of employees, but I was working on the app by myself only. Of course, LibreTaxi lacks some features at the moment. But the main difference and what makes it stand out is philosophy. LibreTaxi is free, there is no goal of earning money, there is no goal of doing a business. It’s free, has open-source spirit inside, friendly to all people around the world.

Technically it works through Telegram app at the moment. However, there is no hard dependency on that (and there is even a console PoC). I just think Telegram is nice, and it’s the secret sauce that allows individuals to compete with corporations.

Bitcoinist: What problem does LibreTaxi solve?

RP: People need a ridesharing service in remote and rural areas where big companies will never go. At least I started with this idea in mind. Now I see how people are starting to use it in some cities as an Uber replacement. Also, you can never predict what type of taxi you want – boat, helicopter, rickshaw etc. LibreTaxi is open-sourced under MIT license. People can update it relatively easy or add vehicle types and run Uber-like services for their areas independently. 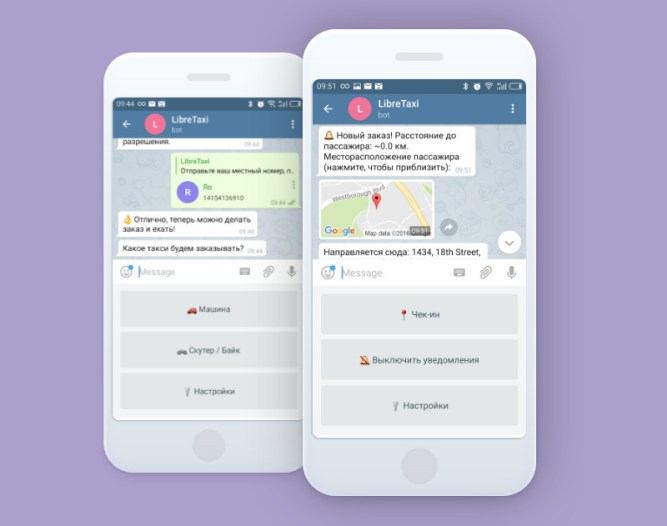 Bitcoinist: Is LibreTaxi decentralized? Or does the app store any funds and information from the user?

RP: It is centralized. The only reason for this is that anyone should be able to run a clone of LibreTaxi in a matter of hours and it should work nicely without any issues. The app stores the minimum required information to make it possible to work. However, we think security is important. We try to follow the same principles as the Telegram app and its founder Pavel Durov. You can read about them here.

Bitcoinist: Crowdfunding is becoming widely popular, are there any plans for a LibreTaxi fund raiser?

RP: I don’t think about money at the moment. But it would be nice if I could work on LibreTaxi full time. I’m looking for ways to do that.

Bitcoinist: Since no registration or approval is required, how can users be sure about the quality of the ride before using this app?

RP: I can confirm this problem exists at the moment. There is a technical roadmap on our GitHub page and  this is something I want to improve soon. However, for some countries, it’s not the case. For example, in Russia or India, every car on the street is your potential taxi.

Yes, we have a plan [to support Bitcoin], and some significant work on that has been done already… people will love how it works.

Bitcoinist: According to Github, Bitcoin payments are coming. Why did LibreTaxi decide to add Bitcoin?

RP: Because people want it. It was not my plan initially, but I hear this almost every day – do you have any plans to add Bitcoin integration? Yes, we have a plan, and some significant work on that has been done already. I don’t think I’m ready yet to share all the details, but people will love how it works. It’s the one of my core principles – make it cool, nice, so people will love it.

Bitcoinist: When can we expect this feature?

RP: I usually suck at predictions, especially when it comes to features (other software engineers suck too, but they don’t admit it). So I would say it this way: definitely by the end of 2017. 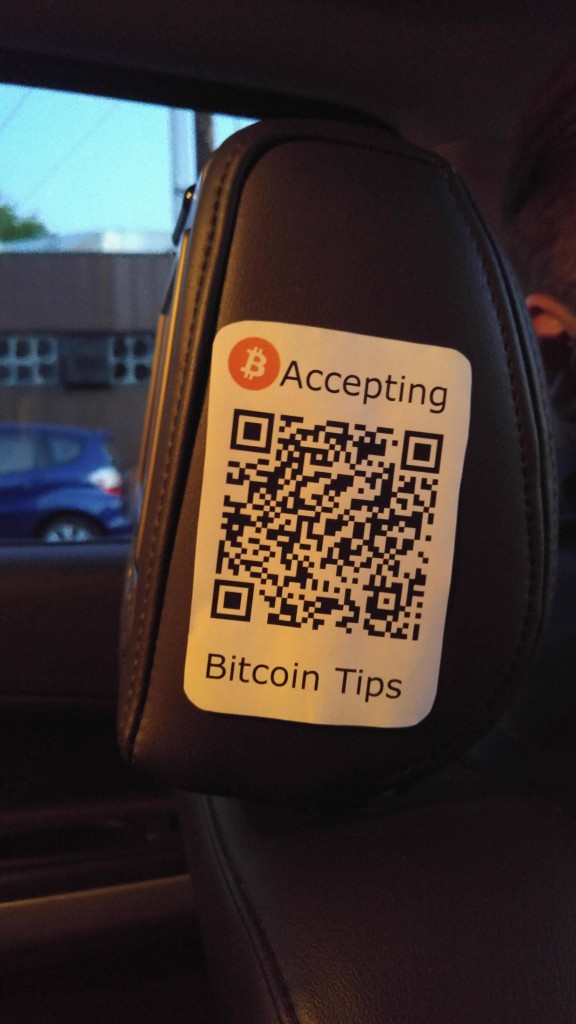 Bitcoinist: How will Bitcoin payments work? Is there some sort of escrow?

RP: There will be some sort of escrow. I’d like to, but I just can’t share all these details right now because of a signed NDA. I can only say integration will be seamless and secure.

Bitcoinist: Are there plans to integrate other cryptocurrencies or payment methods? Perhaps ShapeShift, for example, to enable payments with multiple cryptos?

RP: Have you heard about the WeChat messenger app? It has a built-in payment method. It’s really easy to use – I was amazed how easy it is. So some part of the integration will be done right through the Telegram app.

There’s no payments support at the moment, but all I can say – there were rumors that it will be added by the end of 2016. I was also thinking about ShapeShift and some other options. As you can see, it’s a very interesting and challenging task.

[T]he main idea of LibreTaxi – we don’t charge drivers and never will no matter what.

Bitcoinist: Arcade City is an Ethereum-based Dapp that has been dubbed as the ‘Uber killer.’ It has received a lot of criticism for being vaporware or even a scam. What are your thoughts on Arcade City?

RP: They have Facebook group and I got banned there only because of saying I have an idea of an Uber-like app in development — I even said it in the comments. It was expected, since they’re focused on earning money. I think they don’t understand that drivers don’t want to pay 20-30% cut to corporations.

That’s the main idea of LibreTaxi – we don’t charge drivers and never will no matter what. I’d better live under the bridge than cut 1% for using the app. They may have a future, and I like some of their technical ideas, but I think without the right philosophy behind their service they’re doomed.

Bitcoinist: Uber has been regulated in certain countries and even banned. Is this a problem that may affect LibreTaxi?

RP: Anything could happen. I was building this app with the idea in mind that it should never be able to get banned. So initially, the source-code is not dependent on Telegram, and Telegram is just one of the channels.

Right now, I can add another channel relatively easy and it can communicate [with the app] without any problems. I like the spirit of Telegram because the founder fights for freedom. I don’t believe Telegram can ban us because of some regulations. Especially when LibreTaxi does not take any money for itself. In some states, this circumvents a lot of the regulations.

Bitcoinist: Are you targeting any specific markets, cities or demographics?

RP: Our main market is rural areas, but it seems like it’s expanding into cities now. I have to think about improving and polishing functionality to make it even more easier to use.

Bitcoinist: What is next for LibreTaxi? Any exciting updates coming, besides Bitcoin support?

RP: Yes, we’re going to add medium-sized truck support and scheduled services. I like how lugg.com works, I tried it once when I moved to Silicon Valley from Russia. There are some problems we need to solve prior to this, but I think it’s possible. You can join our LibreTaxi news Telegram channel for updates: https://telegram.me/libretaxi_news.

What are your thoughts on LibreTaxi’s vision? Can it become a viable service?