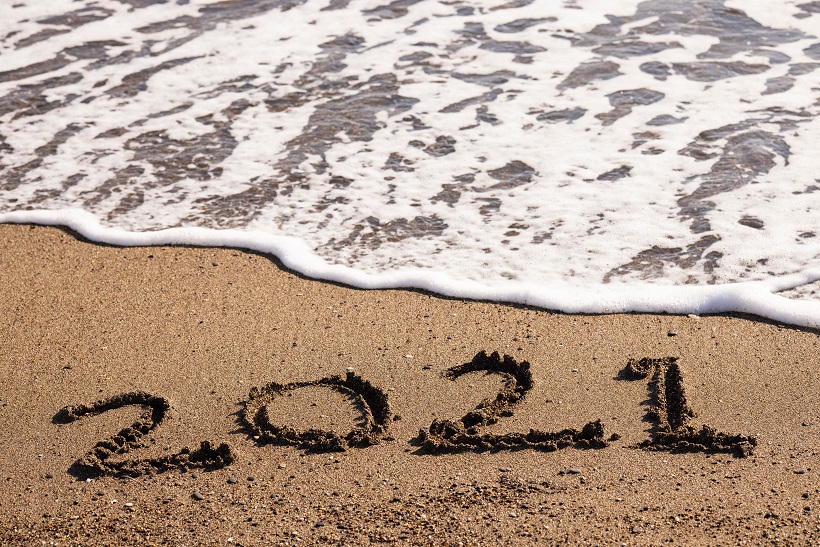 Bitcoin developer and researcher Jameson Lopp published his year-in-review. A report so meaty that we’ll stick to the highlights, and leave people that feel so inclined to explore the whole document at their leisure. With the report, Jameson Lopp aims to paint a broad picture of what the Bitcoin ecosystem is going through, besides the price. Or, as he puts it:

“Most people are only familiar with the exchange rate of Bitcoin, if that. But exchange rate is just one of many metrics we can use to observe the evolution of this ecosystem. While any given metric can be gamed or may be taken from sources that aren’t 100% reliable, by using a diversity of metrics and sources we can get a rough idea of the trends in this space.”

What metrics did Mr. Lopp find interesting and worthy of his report? Let’s find out.

According To Jameson Loop, 2021 Was A Growth Year

Surprising no one, “El Salvador surged from 150th to 1st place with regard to relative search interest for Bitcoin.” However, it’s interesting to know “that it wasn’t even on the list of 66 countries for which Google logged search interest in 2020.” Also note that, according to Google, “a higher value means a higher proportion of all queries, not a higher absolute query count.”

Countries with the highest relative search interest for Bitcoin have changed significantly from 2020 to 2021! While it's no surprise to see El Salvador at #1, it's notable that it wasn't even on the list of 66 countries for which Google logged search interest in 2020. pic.twitter.com/i6fHQYUfh6

In Reddit, Bitcoin had an unusually phenomenal year. “The bitcoin subreddit saw hockey stick growth. Comments and posts per day also more than doubled.” What does this mean? We’re not sure, but, it “finally broke into the top 100 subreddits in terms of subscribers!” That has to count for something.

/r/bitcoin had a massive 2021, nearly doubling its subscriber count to a total of 3,706,000. By doing so it has finally broken into the top 100 subreddits in terms of subscribers! pic.twitter.com/mQmp6VMLzc

“Academic interest continued to increase, which is great for the long-term prospects of this industry as we continue to gain a greater understanding of what we’re building.” That’s not entirely true, the number of Bitcoin-related papers is less than the previous year. However, it will probably increase “due to listing lag.” In fact, at the time of writing Google lists “About 22,700 results.”

However, not everything grew in 2021. As the price remained flat for most of the year, Bitcoin’s market cap dominance dropped. Jameson Lopp explains it, “2021 saw a surge in layer 1 competitors to Ethereum, with several networks surging in value as they offer faster and cheaper alternatives with the same functionality. This resulted in the overall crypto market cap surging and made Bitcoin’s share smaller.”

Bitcoin market cap dominance (a highly manipulable metric of questionable value) dropped throughout 2021 despite the increase in exchange rate, as a number of new tokens reached unicorn status. pic.twitter.com/qVGOf4iyJW

The Lightning Network Is Harder To Measure, But…

There’s no denying that 2021 was the year of The Lightning Network. As Jameson Lopp puts it, “The observable network grew significantly in 2021. It’s also becoming more difficult to know how accurate the metrics are for Lightning Network as more channels are being created privately.” It’s important to note that the following tweet contains a typo, there were actually 19,048 nodes.

NOTE: unadvertised channels and their value can't be measured.

And there’s also the density, which is “an inverse efficiency metric.” And it’s going down. So efficiency is going up.

Lightning Network density is now below 0.1% – you can think of this as an inverse efficiency metric. A 100% dense network would be one in which every node connects to every other node, which would tie up a ton of capital and other resources. pic.twitter.com/nX4pQZ1EGl

Jameson Lopp included this tweet by one of the most successful Lightning node operators out there, Alex Bosworth. In it, we can see how the Lightning Network Revenues for nodes almost tripled the past year.

My total capital and coding involved has stayed fairly flat over this time. Routing has grown a lot.

Great news for decentralization, the number of nodes keeps rising. “I attribute this to more user friendly “plug and play” node projects gaining popularity.” The reachable Bitcoin nodes increased by 30%, but the headline are the unreachable nodes. “The number of unreachable nodes (behind routers without port forwarding) was also fairly steady around 50,000. This is probably evidence of a node floor of dedicated Bitcoiners who have persevered through the bear market.”

Reachable Bitcoin node count increased 30% in 2021 according to @port8333. The fascinating thing is that this is a result of a surge in tor nodes – the number of nodes reachable via IPV4 actually decreased. pic.twitter.com/LgDi8Y0fXR

Following the China ban on Bitcoin mining, the network made a complete recovery and the hashrate even got to an all-time high at the very last moment. “Bitcoin’s network hashrate increased by 10% during 2021, from 159 to 175 exahash per second.” The predictions for this year are wild, though. “We are still accelerating of course, and I expect that 2022 will accelerate growth even faster as we are seeing major investments in infrastructure as folks seek out cheap stranded and renewable energy across the world.”

But that's not noteworthy. Weathering and completely recovering from a 50%+ drop due to a mining ban by the country with the most hashpower was a major milestone for network resilience. pic.twitter.com/yw8HwXm9pG

Back to nodes, as it turns out, “the resources required to fully validate the entire history of the blockchain are decelerating, meaning that node operators should be able to take advantage of the deflationary nature of technology.”

The “annual blockchain growth rate is now down to 20%, which ought to be easily addressed by increasing hard drive density.” 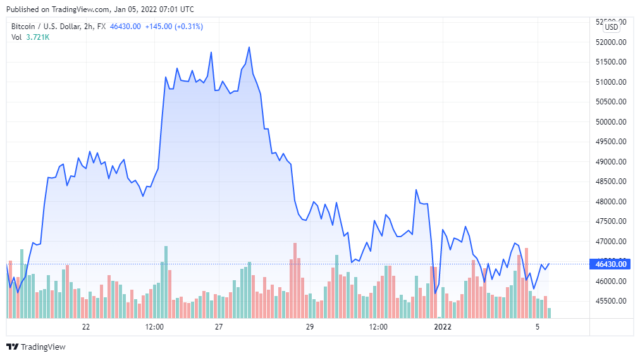 To wrap this up, let’s give the mic to Jameson Lopp:

“The one theme that I’ve taken away from all of these metrics is that 2021 was a growth year for Bitcoin, though it was unlike previous cycles of retail hype and we persevered through some significant hiccoughs.”

Was the cycle broken in 2021? Maybe. Price-wise, Bitcoin behaved in a unique way this year. However, as Lopp’s report shows, by all other metrics the network looks healthier than ever.