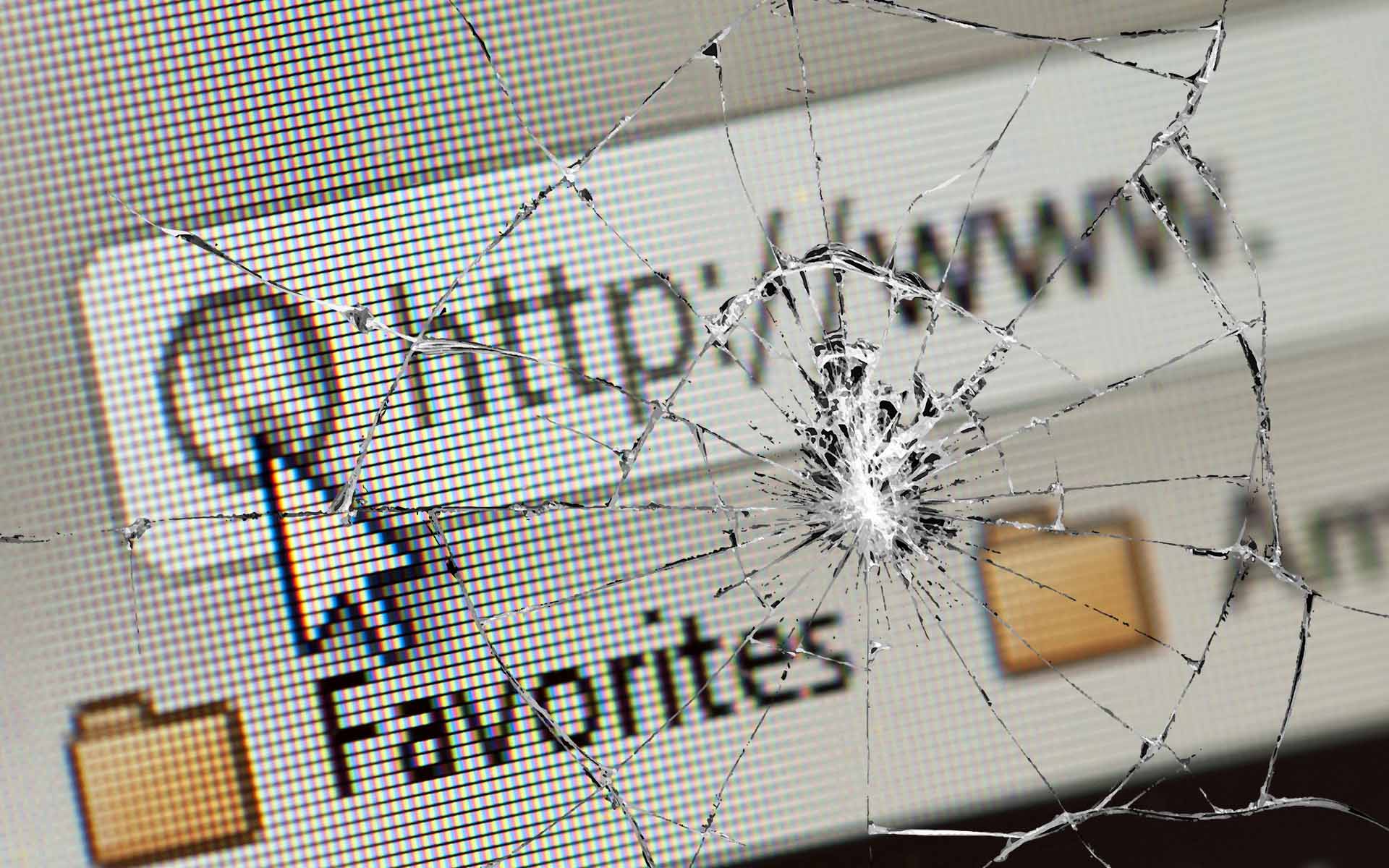 Cardano is by far the most philosophical of all the blockchains in the crypto-space. Its protocol has been described as more of a batch of computer science principles, than a product with a roadmap.

Like Ethereum, NEO, and EOS, Cardano is a platform for creating decentralized applications. It has some really smart people backing its development too, which is one of the reasons this brand new product was able to find it’s way into the top 10 cryptos by market cap.

As such, eToro has now opened up real-time trading on Cardano’s ADA token. After reaching a high of $0.96 at the peak in January, the tokens are now trading just under $0.17.

Remember, cryptocurrencies are very risky so please trade responsibly and diversify yourself with other markets as well.

Please note: All data, figures & graphs are valid as of June 18th. All trading carries risk. Only risk capital you can afford to lose.

Want to wish a very happy Dragon Boat Festival to all our clients and colleagues in China.

On Friday, the USA and China added to market tensions with additional tit-for-tat trade tariffs. President Trump struck first by announcing $50 billion worth of new tariff’s on imports from China.

The response from China was swift, immediately matching the US measure-for-measure. The response came within just a couple of hours as the Chinese finance ministry barely allowed the news of the initial tariff’s to penetrate before announcing their retaliation.

Thus, the Chinese counter-measures dominated the news cycle, which will no doubt be viewed as a successful show of strength. In fact, the original Email that came to my inbox from the Financial Times with the headline… 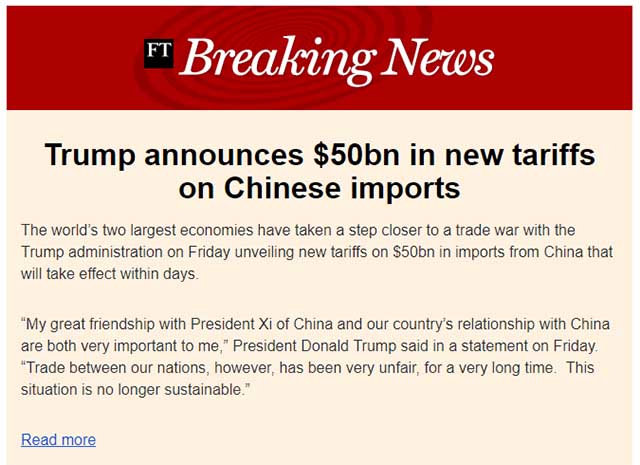 …actually now leads to an article about the retaliatory tariffs.

The Chinese playbook has become quite clear in this case. Perhaps too clear.

An escalation of $50 billion on either side isn’t much, but the speed and scale of the Chinese response may have just tipped Beijing’s hand.

In any case, the measures didn’t seem to have had much effect on the stock markets. In this short-term graph of the Dow Jones, we can see that stocks were already on their way down before the 3.5 hour spat (purple circle).

If we zoom out to the long-term graph, we can see how insignificant the latest progression has actually been. Same purple circle.

As far as markets are concerned, the entire trade war saga is rather like the turbulence on an airplane. It might scare off a few of the newbies but for any seasoned flyer, it’s just time to sip a drink and go back to sleep.

They will, of course, wake up rather suddenly, only if captain Trump decides to do any drastic evasive maneuvers.

What Happened to Gold?

Though the stock markets were rather unaffected by the new trade war progressions, the news may have had some effect on the commodities.

Here we can see gold and crude oil reacting to the updates and plunging rather noticeably from the initial announcement and until well after China’s retaliation.

Oil is also reacting to updates from OPEC and Russia who are supposed to meet this Friday. The expected results of that meeting seemed to be rather clear at the end of last week but this morning there’s a bit of contention as several OPEC members are now opposing the idea of increasing production.

Gold, on the other hand, is really confusing. Increased geopolitical uncertainty usually makes gold go up, so it’s kind of strange to see the opposite reaction from Friday’s news.

So if anyone can help me understand why it went down, I’d sure appreciate it.

Last week we spoke about the incredible update from the SEC where they finally clarified that Ethereum is in fact not considered a security. Though some in the community pointed out that there’s still a lot of uncertainty in the space, with the exception of Bitcoin maximalists, most people seem very happy about the recent update.

This morning there’s a fresh report out, this time from the Bank of International Settlements (BIS). This institution has never been very crypto-friendly and thought the report does highlight some of the positive qualities of cryptocurrencies, the key takeaways seem rather negative.

It pays to point out in this case that the BIS is a key player in the fiat ecosystem and as we saw with Jamie Dimon, Warren Buffet, and Bill Gates would have the most to lose should Bitcoin gain more prominence.

Their concerns over the consumption of electricity used by Bitcoin have been long ago debunked, while the claim that blockchain technology could overload and “bring the internet to a halt” feels sensationalist.

The analysis used to support this hypothesis assumes exponential growth in usage and zero infrastructure growth. It would be like saying in the 90’s that if all data were transferred over the internet, it would not be able to handle the traffic.

Of course, we know that by the time Kim Kardashian published her famous pics on PaperMag, there was more than enough bandwidth to handle all the likes and shares. 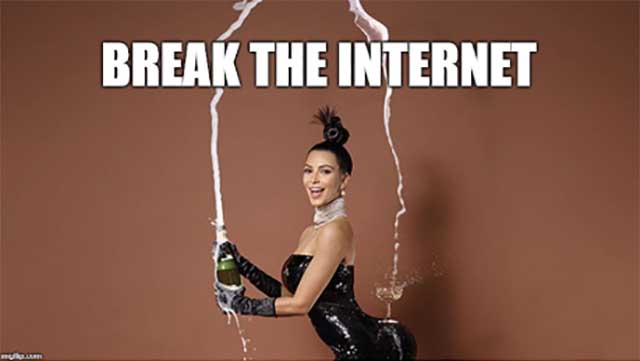 Not only is the infrastructure of blockchain technology now being built at a rapid pace, but the groundwork for the next level of innovation is already well underway as…

Let’s have an awesome day!