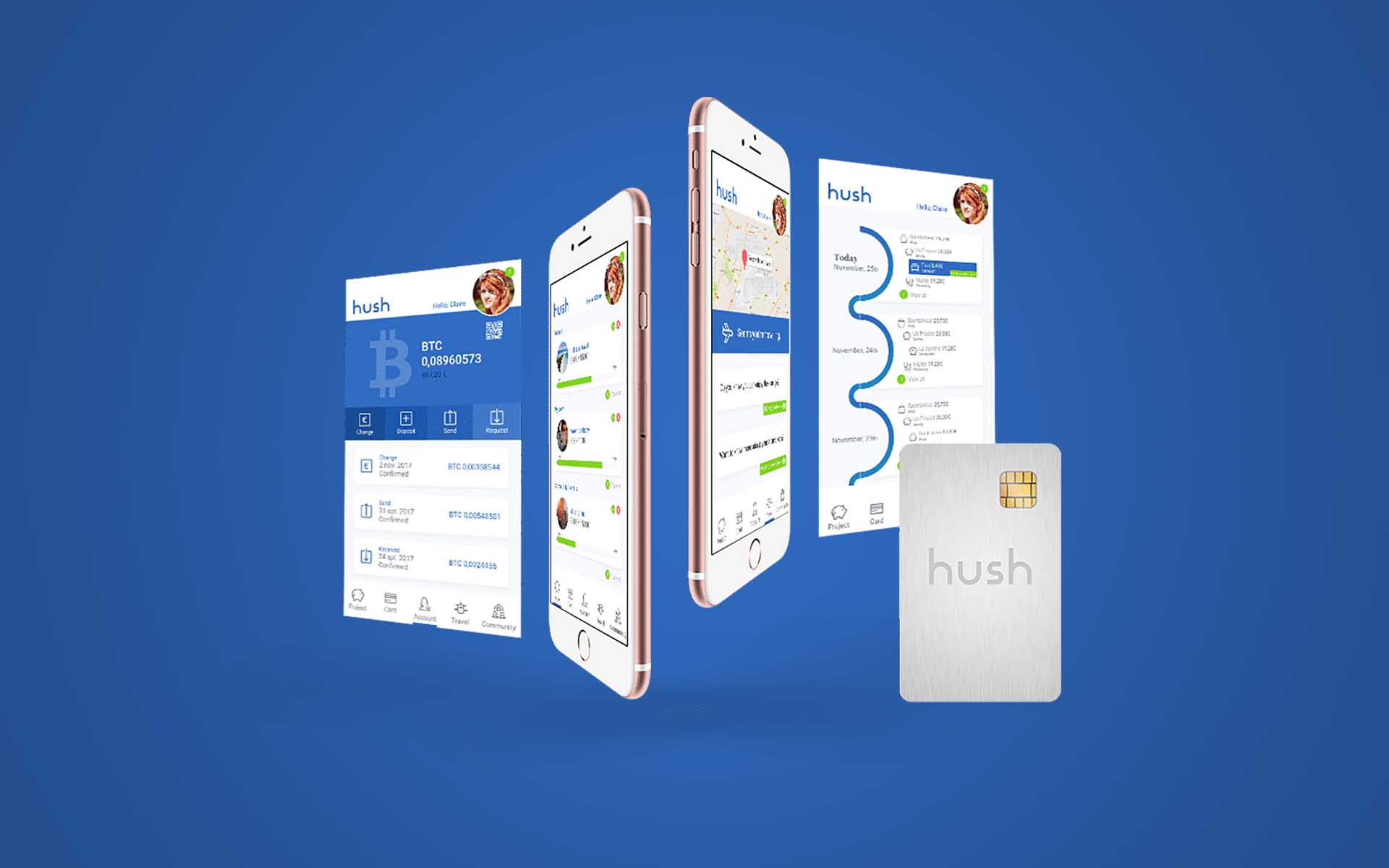 Hush’s ambition is to create the first regulated, participative and tokenized model for simplified services so that users cans use their money in FIAT and/or crypto-currencies.

Hush is a neobank that has been conceived of and created by Éric Charpentier, ex-founder of Morning which is also a neobank.

In order to rethink and reinvent the mutualism banking model combined with a mobile and decentralized environment, he is now working with a small which its members have skills in the banking regulation area and in crypto-currencies.

The increased usage of crypto-currencies, especially the Initial Coin Offerings (raising money through tokens), opens new perspectives in order to transform the traditional banking model, supported by users’ community which will allow to innovate as well as ensure a long- lasting economical independence.

Our aim is to federate an active community of users with a double objective:

Indeed, Hush’s approach will be practical, rational and educational. after applying for the Payment Institution authorization, Hush will propose several functionalities in accordance with users expectations with our Premium model, and particularly:

For Hush, the ICO’s strategy is to guaranty for its users a stable fund management and to provide a financial independence.

Hush has the ambition to organize a collective and decentralized governance model for users and to federate a community with strong convictions and be opened to the crypto-currencies. The token USH, created as an instrument of values, is the key point of these objectives.

Our unique economic model with this token USH enrolls these long-term objectives.

These USH tokens will provide several services to the holders:

To define this token, Hush has been assisted by well-known experts from Deloitte France and bitconseil.fr.

The tokens sale will start next 22nd January 2018 at the occasion of the launching of the pre-ICO. The eligible payments could be realized in Ether (ETH), Bitcoin (BTC) and by payment card in order to allow an important number of participants to build a neobank community.

Despite our issuance of 60,000,00.00 USH tokens, its objective is reasonable with a hardcap of 10M€. This amount will provide the resources needed to develop our activities and offer better perspectives for the investors.

With this ICO, Hush should bring the two sectors closer with a regulated banking offer which will include the crypto-currencies in order to imagine the future decentralized banking model.