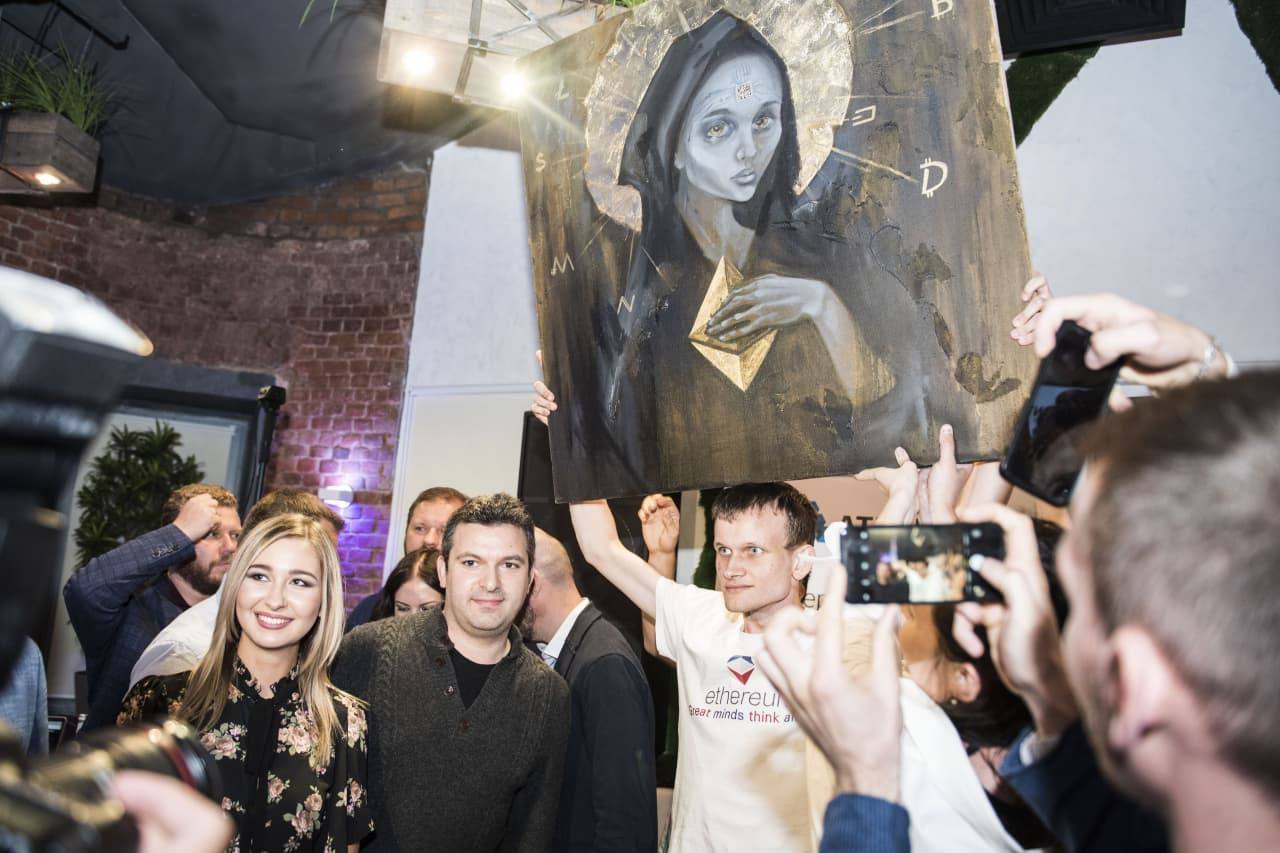 NFTs are the epitome of post-modernism in the crypto sphere. This phenomenon is a rethinking of past expressions of digital artwork and reflects the development of last century’s masterpieces. The success of NFTs has resulted in the growth of creativity among artists and creators of all kinds and the appearance of unique artwork on the market.

It is therefore only a matter of time before an NFT appears on the market whose price will set a new all-time high – one that will beat Beeple’s record.

The artwork titled ‘Everydays: The First 5000 Days’ was sold for $69,346,250. This piece made its creator Mike Winkelmann (also known as Beeple) one of the top three highest valued artists alive today. 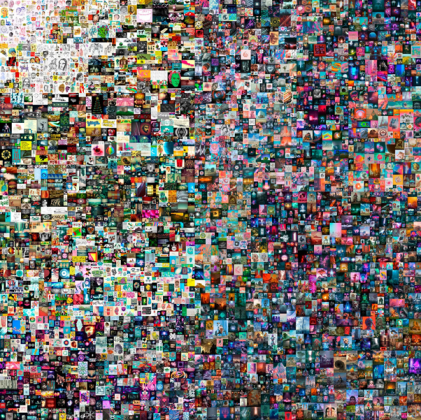 Now he’s collaborating with ‘TIME’ magazine and the size of his fan-base on Twitter has grown to 400k.

Beeple’s artwork has set a precedent and illustrates the huge demand for digital artwork on the real market right now.

However, it’s not the only expensive NFT that’s destined to shake the market. Soon, there’ll be another NFT along that’ll beat Beeple’s record. Its name is ‘CryptoMother’.

This is a legendary work of art that symbolizes the values of the new era of decentralized finance.

This digitized painting has become one of the most discussed artworks in the world, thanks to its uniqueness. Displayed at the Blockshow 2018 conference at Marina Bay Sands in Singapore and subsequently signed by Vitalik Buterin himself, it has become the most sought-after asset among crypto addicts.

The mother of all crypto artwork. Why is ‘CryptoMother’ the cream of the crop?

Okay, the hype criteria is always crucial. The Blockshow 2018 conference was the turning point for this artwork. This is where the founder of Ethereum Vitalik Buterin saw the painting and liked it so much that he autographed it.

Thus, the credibility of ‘CryptoMother’ shot through the roof there and then.

Twitter is still full of photos with #cryptomother tags displaying people (including respected crypto enthusiasts) standing next to the painting.

Beeple did not have such a huge emotional impact on the public.

2. ‘CryptoMother’ is part of the ‘Art of Blockchain’ collection presented by virtual gallery VR Expo World

The ‘Art of Blockchain’ collection consists of 5 NFT works of art and their original oil paintings – ‘CryptoMother’; ‘Miss Coin’; ‘CryptoFather’; ‘Ethereum’; and ‘Bitcoin’.

The cornerstone of each piece in the collection is the symbiosis of modern art and modern technology. This collection attracted a lot of attention long ago and became the dream of all digital-art connoisseurs.

The collection made its first public appearance at a blockchain conference back in 2017. Since then, it has been exhibited at numerous crypto and blockchain conferences and events around the world. ‘Everydays: The First 5000 Days’ didn’t have such widespread natural support all over the globe. Another notch on CryptoMother’s belt.

In 2017, one NFT collector from the United States was ready to purchase the Crypto Mona Lisa for $6 million, but the event organizers rejected the offer.

Since then, it has never been put on the market, which has helped to generate even more demand for the picture.

Beeple and ‘Everydays: The First 5000 Days’ is a great example of the level of demand an artist can create. The Times newspaper published the article ‘Beeple Has Won. Here’s What We’ve Lost’ in which the reporter Jason Farago described the work as a “violent erasure of human values” and reliance on “puerile amusements”. However, all hype is good in terms of the NFT industry, so even this elevated the popularity of the work.

Supported by Christie’s, Beeple has also attracted a lot of attention. 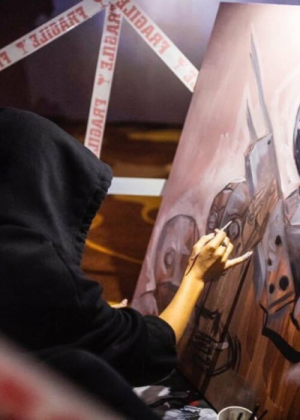 The ‘CryptoMother’ was created by the very talented Alexandra Eliseeva, a Russian artist whose paintings have been exhibited in her home country as well as in Singapore and Germany.

‘Creativity is a desire to change the world. I employ technology and create objects that affect the surrounding space and the feelings of other people.’ That’s how Alexandra describes her approach.

Alexandra is also the founder of REFLECTION ART, a community that gathers artists who want to combine new technologies and classical art.

On this point, they’re one for one. Beeple is also one of the most talented artists who’s masterfully melting the tryouts of the past into something truly unique and contemporary.

The current owner of the “Art of Blockchain” has stated that part of the auction proceeds will be donated to a charity organization chosen by the buyer.

Taking into account the value of the artwork, it is obvious that the sale will bring not only satisfaction to the future owner but also happiness to many people around the world.

As you can see, ‘CryptoMother’ has a fantastic chance of taking the winner’s laurels and becoming the next big thing on the NFT market.

The market is full of authentic artwork, whether it be in 3D, music, video or other forms of art.

Right now, the top 10 platforms presenting the most authentic and up-to-date artworks are:

Together, these platforms offer something to suit the taste of every single art lover.

According to DappRardar, ‘punk’ and unique artworks are at the top right now. CryptoPunks and SupDuck are already starting to sell at Christie’s and Sotheby’s for thousands and thousands of dollars. 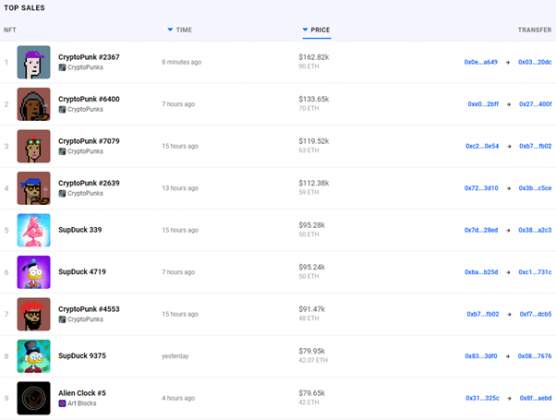 The data here shows that unique and rethought art can become the most popular and the most demanded.

In this market, you can find an homage to Damien Hirst’s golden mammoth skeleton sculpture, ‘Gone but Not Forgotten’, depicted as a golden gummy bear. 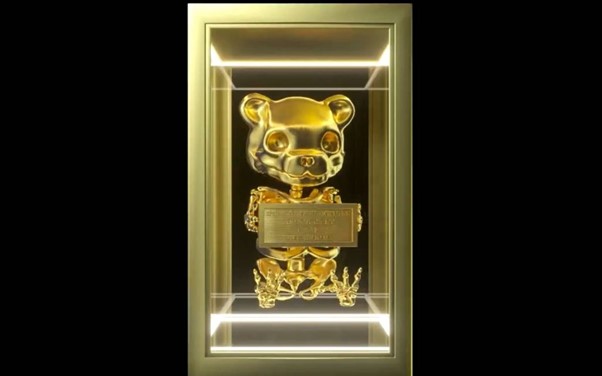 And an hour-long ‘audiovisual experience’ that took 12 months to make. 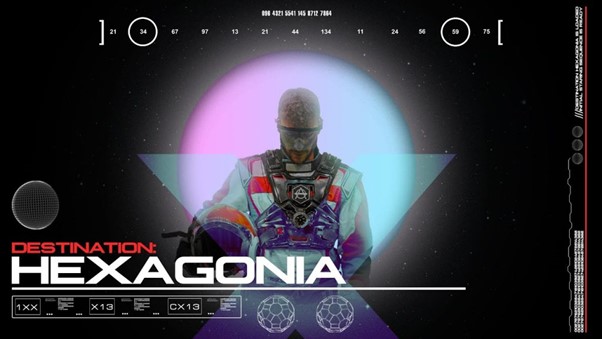 Now is the perfect time for new ideas and for ‘CryptoMother’ to resurface.

The owner of the artwork explained that the decision to keep the painting and to exhibit it at conferences was taken because of the painting’s significance and the value it represents. Its special value was deemed of the utmost importance.

Now that the Crypto Mona Lisa’s world tour has finished, now that she’s gained a large fan-base and helped many people – it’s time to sell.

Significant is the fact that the release of the artwork coincides with Ethereum’s London Hard Fork, which is expected to be launched on 4th August 2021.

Thus, the launch of this auction marks a turning point in the history of Ethereum and renews CryptoMother’s celebration of future improvements in the NFT sphere.

Ethereum laid the foundation for the whole crypto sphere and empowered developers and creators to launch a plethora of dApps and services. ‘CryptoMother’ reflects the importance of blockchain and her essence portrays that of a mother guarding over all crypto enthusiasts.

NFT STARS, the platform that is to host the auction, expects to hit several records with its ‘Art of Blockchain’ drops. Each piece in the collection is unique in its own right, however, when properly appreciated together, the ‘Art of Blockchain’ represents the core values and aspirations of the crypto community. The legendary ‘CryptoMother’ will be auctioned on NFT STARS on 30.07.