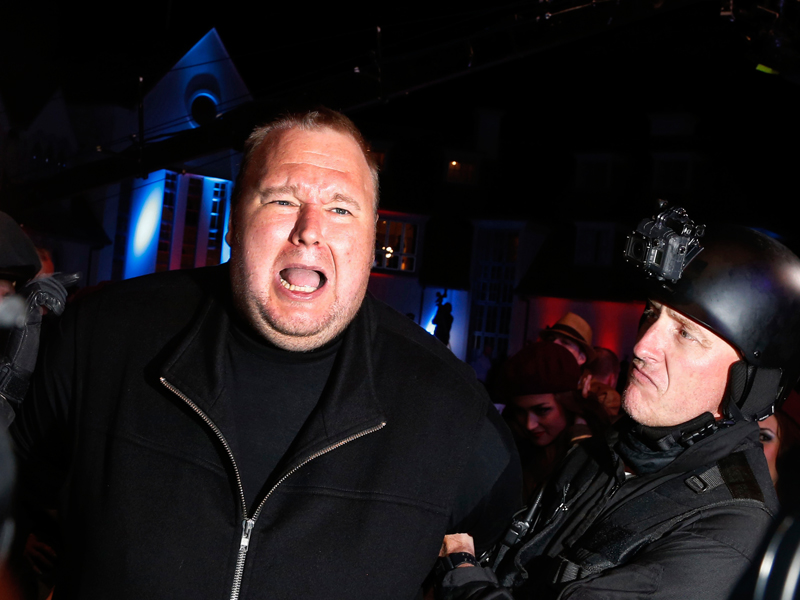 New Zealand — December 23, Bitcoin enthusiast and Mega Upload creator Kim Dotcom can now be extradited to the United States. Dotcom with three others face U.S. authorities for transgressions of money laundering, copyright infringement and other charges. The current resident of New Zealand has been battling the courts now for quite some time and won’t be creating new projects anytime soon. 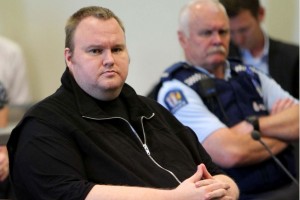 Kim Dotcom had plans on creating a new Mega enterprise called — Meganet — telling press via Skype from his home a few months ago. According to what he told Business Insider the service would be quite powerful acting like a Mesh Net type network, Dotcom explains,“If you install the Meganet app on your smartphone in the future, what you allow Meganet to do is to use your smartphone when it is idle, to use the processing power of your smartphone, if you have 100 million smartphones that have the MegaNet app installed, we’ll have more online storage capacity, bandwidth and calculating power than the top 10 largest websites in the world combined.” However, the Mega-creator hasn’t been able to work on the project lately due to his criminal charges and conspiracy issues over the past few months. Recently the avid Bitcoin supporter said a Chinese grifter, Hollywood and the government of New Zealand has acquired his business without his consent. Dotcom stated:

“The company has suffered from a hostile takeover by a Chinese investor who is wanted in China for fraud. He used a number of straw-men and businesses to accumulate more and more Mega shares. Recently his shares have been seized by the NZ government. Which means the NZ government is in control.” — Kim Dotcom 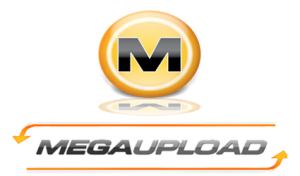 At the time, this Bitcoinist reporter reached out with Dotcom back in early October of last year for an interview. I had made contact with the Mega-creator and immediately lost contact as it seemed his trial proceedings most likely became more hectic. Now the Auckland courts have ruled that all four men are eligible for extradition Dotcom’s life will probably get busier. The New Zealand resident faces up to 20 years in prison for the charges brought against him. Dotcom faced criminal proceedings for copyright infringement and profiting 175 million. The Mega-creator denied profits to the tune of 500 million the music and film industry alleges. In 2012, authorities ceased Mega’s online operations and New Zealand police raided Dotcoms home for more evidence. The extradition hearing generated in 2015 and is haunting the man’s future as the days pass. When the Auckland proceedings ended Dotcom told the press he was “disappointed” and later his legal team, Ira Rothken, said via Twitter: “The Kim Dotcom team looks forward to having the US request for extradition reviewed in the High Court.” After the court procedures had ended for the time being Dotcom also spoke up on Twitter:

“My team and I just had a good read of today’s court decision. Its weak and a Christmas gift in disguise. Woohoo!! #Appeal” — Kim Dotcom

Thank you for your support. The fight goes on. Enjoy the holidays. I'm happy to be with my kids. There are bigger things than copyright :-)

With the court case hanging over Dotcom’s head he has seemed quite optimistic via social media. His Meganet creation was to be powered by Bitcoin technology and censorship resistant for the masses. He explains, “How would you like a new Internet that can’t be controlled, censored or destroyed by Governments or Corporations? I’m working on it — MegaNet.” But now his design of a new Mega platform may have to wait and he may be traveling to the United States to face the justice system very soon. The Auckland Judge presiding over Dotcom’s case said there was a “large body of evidence” against the New Zealand defendant. Dotcom’s U.S. lawyer reveals to this broadcast that the extradition case may be taken to the Supreme Court and last up to four years. With that time frame maybe it’s possible he could complete Meganet? Bitcoinist will keep our readers up to date with any latest developments with this case.

What do you think about the charges against Kim Dotcom? Let us know in the comments below.