MerchantCoin.net is trying to facilitate global adoption of bitcoin. MerchantCoin announced early this week, its incorporation in Crypto Valley Zug, Switzerland.
MerchantCoin is a marketing centric digital currency (XMC) working to globally present and commercialize the use of bitcoin.

MerchantCoin is the first self sustaining, marketing centric crypto-currency that incentivizes consumers, advocates and businesses to acquire and use Bitcoin. Despite its rise in stature since inception in 2008, Bitcoin has faced significant challenges in garnering consumer acceptance beyond technology savvy early adopters. Even with the substantial savings in commercial transactions utilizing Bitcoin compared to standard credit card payment processing systems, global transactions completed in Bitcoin are a minute fraction of the total.
MerchantCoin was created as a vehicle to generate market awareness and mass adoption of Bitcoin through direct incentives to Merchants, advocates and consumers.
Maya Babish Director of Communications for MerchantCoin.net, stated:

“We are very proud to announce our incorporation in Zug, Switzerland and association with other members of the Crypto Valley Community. MerchantCoin will be the first digital currency opened to the market with the sole purpose of driving adoption of crypto-currency payments in the consumer merchant transaction process.”

This is effectively, another effort in increasing the digital currency adoption; it’s wonderful to see that so many enthusiasts are investing resources into support mechanisms to increase adoption.
MerchantCoin drives this adoption through a unique set of incentive programs that motivate and empower enthusiasts to deliver knowledge and understanding in their local market, with promotional and educational materials that highlight and explain the value of bitcoin transactions.

Last month, Martin Schaeferle, Merchantcoin CEO, has also announced that the company would be teaming up with Mastercoin protocol; MerchantCoin expressed the need to launch their own coin while considering various options including the possibility of creating its unique blockchain. The company argues that its mission is also about the promotion of Bitcoin and the need to strengthen the ecosystem that surrounds it, since it finds the joining of companies and foundations to be inevitable thus it could only strengthen everyone benefits.
David Johnston, MerchantCoin Board Member argues that:

“We envision a future where ecommerce is completely open source and decentralized, with no merchant service fees, all of which is either possible now in the MerchantCoin ecosystem, or will be shortly.”

The MerchantCoin protocol (MerchantCore) provides ease-of-use, leverages the inherent security in the crypto-currency blockchain and most importantly eliminates the credit card fees associated with ecommerce transactions. 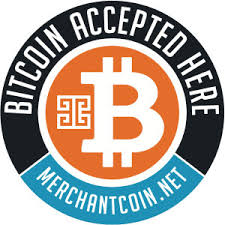 Crypto-currencies are forcing changes in the way commerce is dealt around the world, and MerchantCoin fundamental purpose is to educate consumers and merchants to the benefit of accepting bitcoin and other crypto-currencies as a means of payment for goods and services in “globally connected village”. By promoting a positive image of Bitcoin and providing critical and technical support through incentives to consumers and merchants, MerchantCoin as the potential to have an important key role in the attempts for driving the adoption of bitcoin on a global and general basis. The new currency XMC is set to launch later this month.