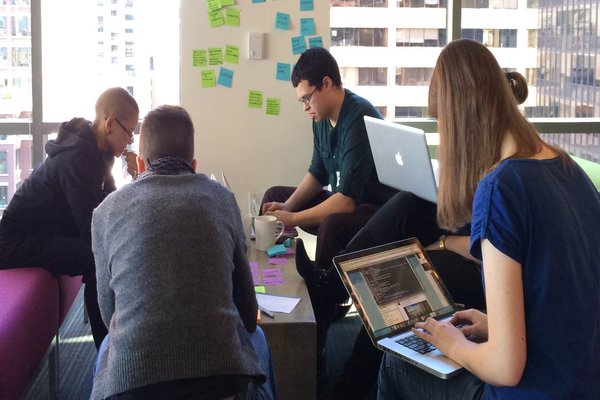 Florida has become going a Mecca for Bitcoin in the last few weeks. The world’s first Bitcoin Bowl was held in St. Petersburg; the Atlantic Coast Conference faced-off against the American Athletic Conference as millions of fans cheered on. In preparation for the event, BitPay, the sponsor for the event, signed up 100 merchants onto their platform. Trucoin, a Bitcoin selling service, added their custom Bitcoin ATMs so participants could easily buy and spend Bitcoin.

A few weeks after the bowl, the fourth North American Bitcoin Conference (TNABC)will be held in Miami. Last year, what conference organizers thought would be a small event turned out to be one of the largest Bitcoin conferences of the year. This year, they are making preparations for a bigger crowd and have gathered some of the industry’s leading minds to speak at the conference. People like Tally Capital’s Andre Filipowski, Bitcoin Core Developer Peter Todd, Liberty.me CLO Jeffrey Tucker and many more will be speaking at the conference.

“Blockchain Beach is proud to announce Miami’s inaugural Bitcoin Hackathon, a three-day event on the weekend of January 9th to the 11th. With prizes totaling over $17,500 USD in value.” – Blockchain Beach

Before the TNABC and after the Bitcoin Bowl, there will be all night Bitcoin hackathon, organized by Blockchain Beach. The hackathon is open to any kind of project that incorporates bitcoin, and will feature thousand prizes for the 1st, 2cd, and 3rd place.

Coinkite is be offering one year of Coinkite business membership ($3000 value) as an extra prize for anyone who makes it in the top three and builds with CoinKite’s API.

The hackathon is sponsored by Bitcoin businesses like BitPay, Trezor, Trucoin, Tally Capital, CoinKite, as well as, local businesses like the University of Miami, Jo Jo Tea, Wyncode and Refresh Miami.

The hackathon will be held at the TNABC and judged by serial entrepreneur and co-founder of Accredify.com Peter Martinez, Co-Founder of Bitstop Doug Carrillo, and 15 year veteran of the tech industry and founder of Pop.co, Thomas Lackner. They will be judging the participants’ projects on how unique their use of bitcoin is, the execution of the product and how well they present the project. 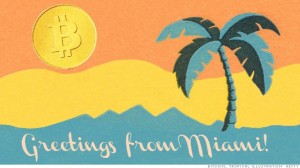 The event will begin on Friday, January 9, with networking and drinks, speeches, and registration. The next day, hacking will begin at 9 AM after a breakfast provided by the event’s sponsors. Hacking will continue throughout the day and night until 1 PM the next day, when participants will start preparing for presentations. After judging and distributing the awards, there will be an after party for everyone involved.

This event comes as an important time in the Bitcoin ecosystem; this year, we have seen about over $400m in venture capital go into Bitcoin startups — making 2014 the largest year ever for Bitcoin. More and more venture capitalists are seeing the opportunity of investing in the early infrastructure of bitcoin. Despite the large interest, there are more applications that still need to be built — privacy wallets, micropayment channels and scores of Bitcoin 2.0 applications. As tech industry veteran and Bitcoin investor Chamath Palihapitiya said at CoinSummit 2014, “This is the time to big and crazy sh*t.”

Even if you don’t want to start your own company, there are big employment opportunities as well. The newness of the blockchain and an eagerness to go start one’s own business has left startups without many people to hire who have knowledge about this new technology. As they put the venture capital  to use and grow their companies, the problem is becoming more pressing than ever. Several bitcoin startups in San Francisco have started their own “Blockchain University” because they need talent that bad. Getting the skills of bitcoin and blockchain development can make you desirable to companies in this young industry.

The event is free for observers and participants, including the after party. Participants need to register before January 7 and can do so at their website.

What are your thoughts on the Miami Bitcoin Hackathon? Let us know in the comments below!