Blockchain technology allows us to do many things, most of which we haven’t even discovered yet. One thing we do know is that the blockchain allows us to transfer ownership of assets in a transparent manner, and it also lets us back up these assets with tangible goods such as precious metals. This is where Midas Rezerv comes into the picture, as this company portrays itself as a decentralized distributed 100% gold-backed digital token in the form of MRCoin.

Midas Rezerv: Who, What and Why? 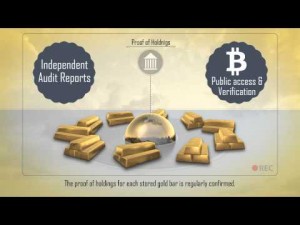 Many Bitcoin-related companies have been trying to combine the disruptive technology offered by Bitcoin and the store-of-value aspect presented by precious metals such as gold and silver. Needless to say, this is not an easy task if you do not have the proper connections in the precious metal sphere, as you will need a decent supply of gold and/or silver to back up all of your assets.

What companies such as Midas Rezerv offer their customers is a platform designed to facilitate payments of physical gold in a digital form, yet also enhance trading and investments. In order to store the physical gold, Midas Rezerv stores precious metals in non-bank vaults located in Free Trade Zones such as Dubai, Hong Kong, and Singapore. All of these holdings are available to the public in an online manner, and through the Bitcoin blockchain as well.

In order to find out more about Midas Rezerv and the people behind this project, I reached out to their PR spokesperson. After passing the questions I sent over along to the right person, this is the reply I received to the question of obtaining more company information. After all, it is not easy to come by partnerships in the precious metals industry.

“Midas Rezerv is the trading service platform, designed by Amilabs, Ltd. (Amilabs.co) a blockchain development company, specializing in Bitcoin 2.0 infrastructure. Amilabs, Ltd is a bootstrapping startup, based in Thailand and accredited by Thailand BOI (Board of Investment). Our CEO, Alexi Lane, just visited Dubai Precious Metals Conference, where he met with many industry leaders and secured partnership agreements with a number of refineries, wholesale gold traders, and vaulting service providers.”

One of the aspects that make Midas Rezerv so attractive is the decentralized nature of their project by spreading the gold holdings over multiple vaults in different countries. In the order of transparency, this gives the owner the exact location of each gold gram backing up every one of his MRCoins at any given time.

But that is not all, like using a platform such as Midas Rezerv removes the need of paying for storage and insurance fees to safeguard gold holdings with a custodian. Another issue that may arise in a traditional infrastructure is the liquidity of physical gold assets, due to buyback discounts applied by dealers if investors ever need to liquidate their positions fast. 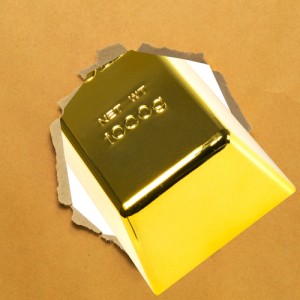 These MRCoins will be available for purchase in exchange for Bitcoin from participating Bitcoin exchanges – none of which have been confirmed yet -, currency exchanges authorized by Midas Rezerv themselves and other MRCoin holders. In terms of that last option, MRCoin owners can use the Midas Wallet Transfer feature to successfully complete a trade.

But tying every MRCoin to one gram of gold is not an easy task, as you will need to be able to verify that this is the case. Midas Rezerv relies on the accountability of all gold-backed assets located in Trusted Vaults. Furthermore, Midas Rezerv is the exclusive sales agent for accredited refineries and precious metals investors. On top of that, independent audits will be conducted on a regular [mnthly] basis.

Speaking of monthly audits, all of the records associated with these audits will be scanned and published publicly on the Bitcoin blockchain and certified via embedding SHA256 digest. Last but not least, it is important to note no gold holdings can be removed from any of the Trusted Vaults without burning the respective amount of MRCoin associated with it.

“The key point of the system is to maintain the ironclad ratio of 1:1 between issued MRCoins and gold in vaults (in grams). Once this parity is violated and not fixed within shortest possible time, we are screwed. However, we will pursue the notion of not withdrawing the gold from the vaults by customers unless necessary. Statistic shows that few month or weeks later customer(s) bring their gold back to secure storage facility as they don’t want to keep it at home.“

Different From Services Such as Vaultoro and Serica 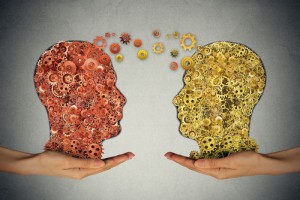 As mentioned before, Midas Rezerv is not the first – nor the last – company to try and bring precious metals and Bitcoin technology together. Companies such as Vaultoro and Serica [ formerly known as DigitalTangible[ are also built on top of the Bitcoin blockchain, but they do not issue their coins.

Both Serica and Vaultoro allow their customers to exchange Bitcoin and precious metals intermittently and are not direct competition for Midas Rezerv due to their entirely different business model. It is good to see more and more companies exploring the option of using blockchain technology in combination with precious metals, which is something all parties involved can benefit from in the long run.

“Midas Rezerv is not only gold-backed coin issuer, but strives to maintain strong decentralization by setting up multiple vaults on different continents, and marking each MRCoin per vault. This way the owner of MRCoin knows exactly where the gold gram that backs up his coin is located.”

All images courtesy of Midas Rezerv and Shutterstock