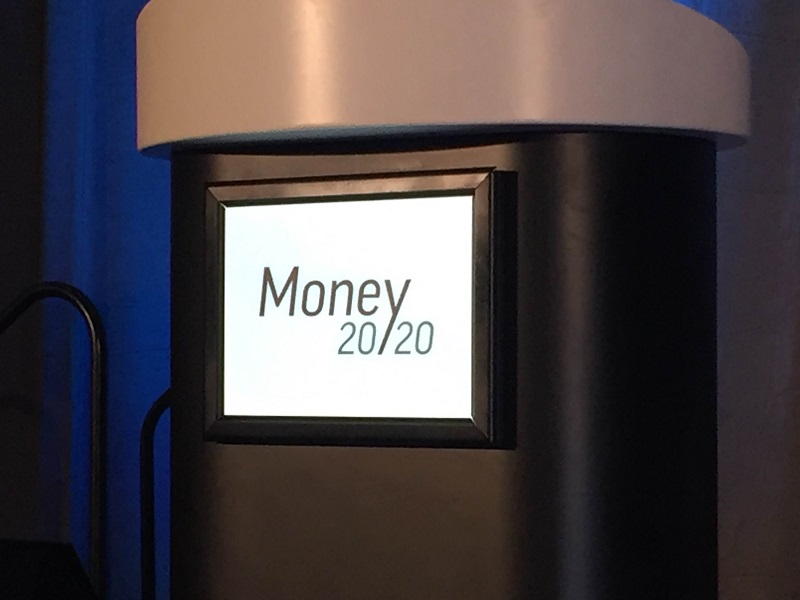 On Sunday afternoon at the Money20/20 Conference in Las Vegas, a panel of industry experts discussed the exciting potential of blockchain applications and the array of solutions being developed to meet the needs of a wide number of players. Panelists urged the packed auditorium to take a serious look at the quickly evolving cryptocurrency technology space, and honed in on the need to lower settlement costs and times.

Much like the internet of the early 1990’s, blockchain applications can potentially open up an entirely new ecosystem for digital project deployment. Financial services firms are increasingly aware of this opportunity and issue.

Money 20/20 Panel: Which Mainstream Firms Use the Blockchain? 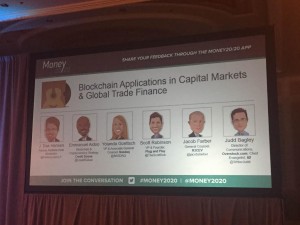 Overstock.com is one organization taking a lead in this realm. Through trading their stock on a blockchain, settlement times are reduced to 10 minutes. Judd Bagley, director of communications at Overstock, pointed out the power of exponential change ushered into the financial services industry by blockchain technology:

“Most tech changes only affect point marginally. This isn’t a small matter of degree, this is orders of magnitude difference. A 90% reduction in cost.”

Such cost reductions make a real business case for blockchain technology to financial services providers such as payment processors looking to cut costs.

By 2017, Overstock will have established a beachhead for blockchain-based equities trading, but will in-turn need to convince others to join the t0 platform. Through eliminating counter-party risk in times of panic, such as the Great Recession in 2008, or the Flash Crash of 2010, opposing parties can leverage shared ledgers to ensure the accountability of an opposing party.

Emmanuel Aidoo, Director of Investment Banking Technology at Credit Suisse, pointed out how much capital is stifled by being locked up in the slow, overhead intensive traditional systems. Credit Suisse has a lot of legacy in these traditional systems, and needs to figure out how to merge with blockchain in the with existing cloud and internal IT solutions.

Many industry players’ hard work is beginning to pay off, as blockchain technology applications have moved towards launches and direct proofs of value. For example, IBM is using blockchain technology to show that transparency provided through a blockchain enables for quicker dispute resolution in for food quality intake tracking on Chinese supply chains.

Jacob Farber sampled things through pointing out that all blockchain application can move beyond Bitcoin towards pointed gateway applications to be implemented within financial systems.

“We went from Bitcoin, what’s that? To, Bitcoin,watch it,” Farber said. “And now, to an assumption now that blockchain technology will be deployed, it’s just about how and where.”

Initiatives such as the R3 consortium, made up of over 50 banks, large financial institutions now collaborating on massive scales to research the potential applications of blockchain technology.

So where are we in the hype cycle, you may ask? Yolanda Goettsch, Vice President and Associate General Council at NASDAQ  was rather optimistic.

Estonia, for one, is a leader in collaborating for instituting blockchain applications, as shareholder voting in a use case in the NASDAQ-operated region. NASDAQ’s Linq platform already enabled a successful trade of shares from Chain.com to a private group of investors last December. Through eliminating processes that are done manually, reconciliation costs are lowered as peer-to-peer, real time information on a distributed ledger can increase efficiencies for many parties.

Furthermore, according to Goettsch, two-thirds of banks are working on commercializing blockchain tech by 2019, with many proof of concepts will go into production within the next 2 years, may take 5-8 years.

The panel painted a rather optimistic future for adoption of blockchain technology. Large players are rightfully looking towards the technology to offer a competitive advantage, increase security, and scale with the experimental blockchain infrastructure in development. Exciting questions are additionally raised around crowdfunding projects and their relation to these initiatives.