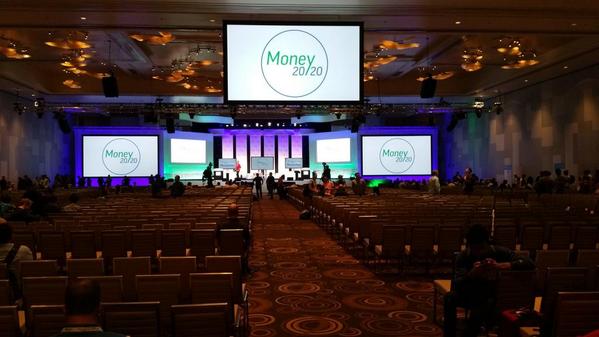 Las Vegas, Nevada – The Money 2020 Hackathon had about 40% of developers submit projects built on Bitcoin APIs like Blockchain’s and Chain’s, and Bitcoin projects take home a total of $25,000 in cash prizes. Bitcoin Bookee, a sports betting platform, won $5,000 in prize money.

“Bitcoin Bookee is a decentralized marketplace for online sports betters that enables two individuals to wager their bets using bitcoin, using a safe and secure environment that alleviates the need to have a third party handling so there is literally zero chance of funds being stolen, and this represents the safest and most secure way to place your online sports wager using bitcoins.”

An arbiter holds funds in escrow, but 2 of 3 multisig technology ensures that they cannot steal funds. Instead, arbiters sign off transactions and send money to the winning person. Bitcoin Bookee is trustless because private keys are not held by them. The team plans to continue developing the project that was built in 25 hours and discussed on the car ride over to Las Vegas.

“When developers are shifting and investing time in bitcoin, keep an eye out because that’s where the puck is going,” says Nic Cary, Blockchain CEO.

BitPredict, a tool enabling users to hedge against bitcoin volatility risk, took home a $20,000 check. BitPredict holds a percentage of your bitcoin balance in dollars based on the predicted bitcoin price and the amount of risk a user chooses to take. A user’s $10 bitcoin balance may be held entirely in dollars if the user chooses to take low risk and the price of bitcoin is predicted to drop by BitPredict algorithms.

Samaritus, micro-rewards for good samaritan acts, was a hackathon finalist and Blockchain API 15 bitcoin prize winner. By tagging waste like bottles and coffee cups with RFID chips, Samaritus knows when waste is recycled in one of their bins, and will send bitcoin to the good samaritan.

FilePub, a bitcoin payment widget that can be embed in any website using 2 lines of code by using the Chain API, was a hackathon finalist and prize winner.

Propane, a platform enabling bitcoin to power competitive gaming, was a hackathon finalist. A propane powered game would ask a user to pay a small fee to play, the fees collected would aggregate and create a jackpot, and if the player gets the next high score, they win the jackpot.

Whale, a Bitcoin micro-loans platform, was a hackathon finalist.
API companies that developers could choose to build on were Nymi, Blockchain, Feedzai, Intuit, Mastercard, Mercury, Modo, and Paypal. A total of $125, 000 in prize money were awarded for the Money 2020 Hackathon.