The Mt. Gox trustee who sold over $400 million in Bitcoin (BTC) and Bitcoin Cash (BCH) from December to February had denied affecting the market prices of both cryptocurrencies.

According to a transcript of a Q&A session from the 10th Mt. Gox creditors’ meeting, the defunct exchange’s trustee Nobuaki Kobayashi had denied affecting the market price of Bitcoin (BTC) and Bitcoin Cash (BCH) with his high-profile and high-volume sales.

In fact, Kobayashi says very little in regards to the details of his sales. However, he does indicate that he sold both cryptocurrencies through means outside of exchanges. Says the trustee:

I sold BTC and BCC from December 2017 to February 2018 with the cooperation of a cryptocurrency exchange in light of the market price at the time of the sale. Following consultation with cryptocurrency experts, I sold BTC and BCC, not by an ordinary sale through the BTC/BCC exchange, but in a manner that would avoid affecting the market price, while ensuring the security of the transaction to the extent possible. The method of sale of BTC and BCC was approved by the court as well.

Though Kobayashi intentionally refrains from providing specific details, one might assume he sold the large amounts of Bitcoin and Bitcoin Cash “OTC,” or Over The Counter — meaning he conducted private sales off of exchanges. Theoretically, such sales would prevent dramatic swings in both cryptocurrencies valuation.

The problem is, large amounts of Bitcoin were suddenly and dramatically sold on exchanges at various points throughout the period in question — including before, during, and after reports surfaced describing the large amounts of BTC and BCC being sold by Kobayashi. 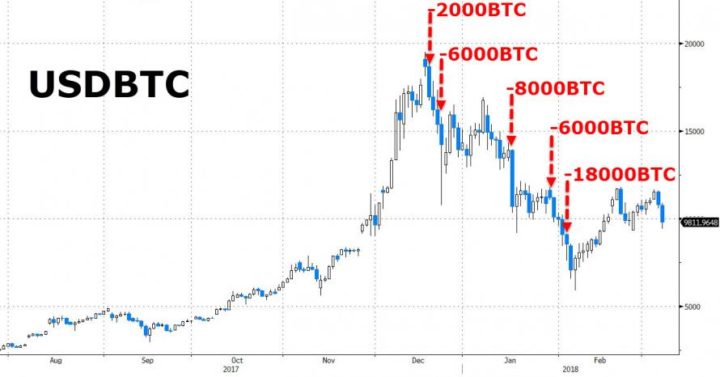 One might even be tempted to interpret Kobayashi’s latest statements as simple legalese for: “Don’t blame me.” After all, it’s well within the realm of possibility that the trustee conducted private sales to institutional investors, who themselves turned right around and dumped their newly acquired stockpile on exchanges — possibly for substantial profit. However, without further details, this remains unconfirmed speculation.

Note: In the transcript, Bitcoin Cash (BCH or BCASH) is noted as BCC.

Do you think the Mt. Gox trustee’s sale of roughly $400 million worth of Bitcoin and Bitcoin Cash had any effect on either cryptocurrency’s market price? Let us know in the comments below!