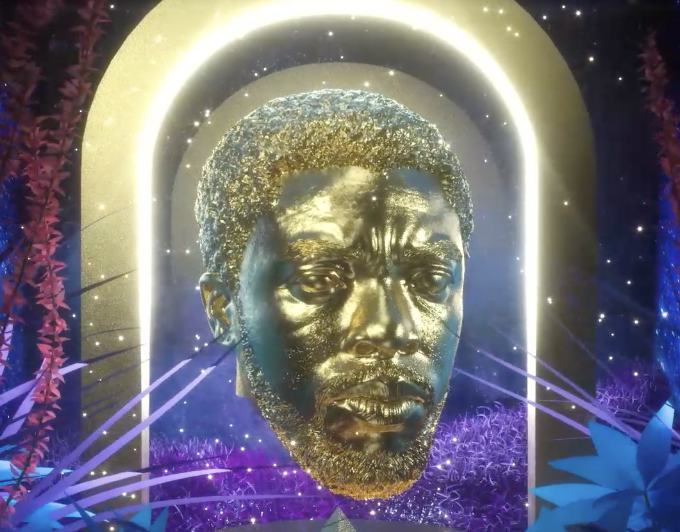 The 2021 Oscars took place on Sunday and nominees for the Academy award didn’t have to win an award to walk away with a prize. In a gear shift, NFT for 3D art of the late actor Chadwick Boseman was put in gift bags with other things.

But what seemed to be a nice gesture quickly degenerated into a scandal.

Before the award, many had heavily criticized the move to make an NFT of Boseman. Commentators pointed out that this move represents a further commodification of Boseman, who died of colon cancer in August 2020 at the age of 43. Boseman was up for Best Actor at the Oscars for his role in Ma Rainey’s Black Bottom.

Y’all commodified Chadwick Boseman into a NFT for swag bags but couldn’t give him an Oscar…. lol okay

Andre OShea, one of the artist who designed the NFT, wrote on Twitter in response to the criticisms. He argued that the NFT piece was meant to be used to honor Boseman, as half of the proceeds from the NFT sale was to go to a Colon Cancer Foundation. He wrote:

“The way to immortalize an artist, is to honor them with art. Bringing this piece to life has been one of my most challenging & rewarding experiences as an artist…I want to stress the importance of that because this is a price point that a black artist in the NFT hasn’t been able to break yet. We have the opportunity to create REAL history with this piece.”

After Boseman took home the best actor prize at the Golden Globes, Critics Choice Awards and Screen Actors Guild Awards, many people assumed the Academy Awards would follow suit. In a surprising upset, Anthony Hopkins received the final prize of the night for his performance in Florian Zeller’s “The Father,” making him the oldest actor to receive an Oscar in history.

NFTs have been on the rise within the last few months, and it’s no surprise one is now being used to honor Boseman. With a buy price as high as $1.2 million, though, it remains to be seen what heights the auction could reach within the next couple of days.

But Chadwick’s loss at the award show was particularly jarring for many. The Academy Awards had saved the Best Actor award for last in the telecast in a break of tradition. Then, went on to give the award to another actor despite expectations. What was a rather eventful show quickly went sour.

Boseman’s NFT To Be Redesigned

After Boseman’s loss, the NFT felt like a slap in the face. Many quickly took to social media to express dissatisfaction about the fact that even after his loss, his face was in every gift bag.

Idk what’s worse the fact that it’s an Nft, the fact that Chadwick Boseman’s death is being commodified, or that this is in every Oscar nominees’ gift bags https://t.co/LVc5Nk04mE

Andre Oshea took to Instagram to announce the redesign and apologize “for any upset caused.”

“I now recognize that Chadwick’s face is a triggering reminder of his death,” he wrote, “rather than his life.”

On Tuesday, the redesigned piece will be auctioned off via the NFT marketplace known as Rareable, where it is expected to net over $1 million. As promised, half of the proceeds will go to the Colon Cancer Foundation in Boseman’s honor.