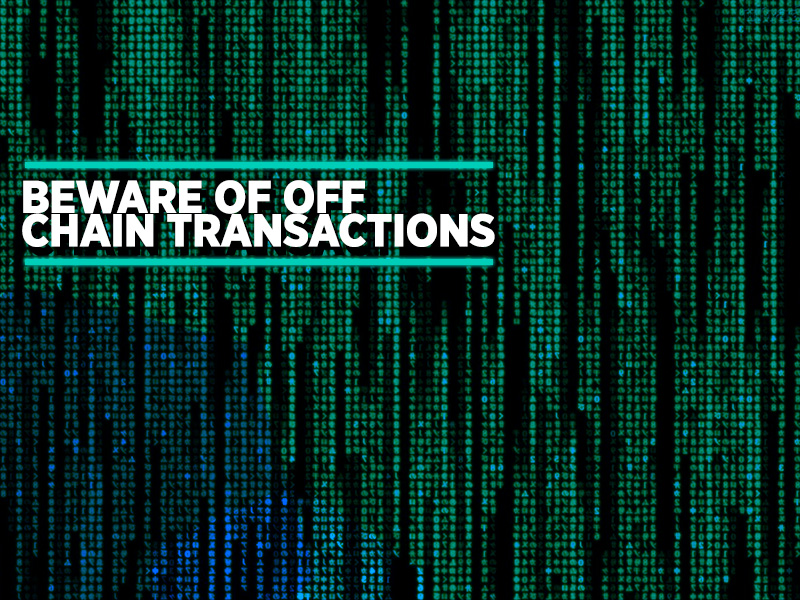 Off Chain Bitcoin transactions are a highly useful innovation for Bitcoin. In such a transaction, a claim on an amount of bitcoin is sent from one person to another. No actual bitcoin gets exchanged, and the transaction is not recorded on the blockchain These kinds of transactions are beneficial because they can be made instantly, without waiting for miner confirmations, and without paying miner fees. Because of these characteristics, off chain transactions can make for a highly efficient business model that involves internal transactions between individuals using a service. 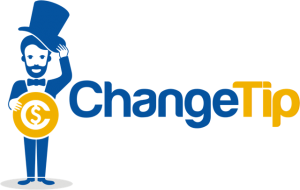 ChangeTip is a perfect example of a firm using off chain transactions to create an extremely successful bitcoin micropayment service. ChangeTip users send bitcoin from outside wallets to their ChangeTip wallets. From there, a user can tip someone by sending a specified amount of bitcoin to the recipient’s ChangeTip wallet. These wallets do not actually contain any bitcoin, however. Instead, a wallet’s balance acts as a claim on an amount of bitcoin held in ChangeTip’s reserves. Instead of actually moving the currency around, ChangeTip just takes note of how much money each user has a claim to. When someone sends money from his or her ChangeTip wallet to an outside wallet, ChangeTip releases funds from its reserves, initiating a real transaction that is broadcast on the blockchain.

Thus, off chain transactions have allowed ChangeTip to make micropayments a reality for bitcoin. Before, the necessity of broadcasting a transaction on the blockchain and having it confirmed by miners made it too expensive to transact in very small amounts of bitcoin. Off chain transactions made these micropayments possible by allowing people to send each other claims on bitcoin without sending them actual currency.

The Risks of Off Chain Transactions 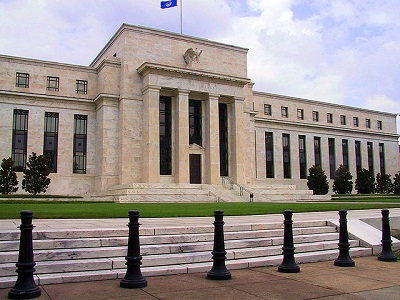 Unfortunately, while they have the potential to foster amazing innovations in the bitcoin space, off chain transactions can theoretically be used to facilitate fractional reserve bitcoin banking. The ability for banks to run fractional reserves would have consequences that could severely damage a bitcoin economy.

When a bitcoin bank using off chain transactions receives a deposit, that money goes into a reserve wallet. Like with ChangeTip, the bank depositor’s account does not contain any real bitcoin — the account balance merely serves as a claim  bitcoin. Therefore, the bank has complete control over the depositor’s funds, and can use it without the depositor’s knowledge or permission. Wanting to profit from this control, the bank will use these funds to supplement money set aside in time deposits to lower interest rates and increase its issuance of loans. Simultaneously, the depositor would spend his or her account balance on whatever he or she wishes to purchase. Just like with fractional reserve banking on a gold standard or fiat money system, this practice creates money “out of thin air.” Thus, under a bitcoin banking system with off chain transactions, banks are able to inflate the money supply. Then, as is the case in the current fractional reserve banking system, destructive business cycles would ensue, creating recurring phases of economic prosperity and hardship.

If this type of banking system is the norm in a bitcoin economy, then the purpose of bitcoin’s fixed supply will have been defeated. With off chain transactions, banks will not be constrained by the limited amount of bitcoin available. Nor will depositors be able to use the blockchain to see if banks are appropriating their funds, since off chain transactions allow banks to move claims to bitcoin without moving the bitcoin itself.

Of course, there are a few inefficiencies involved in using off chain transactions for fractional reserves that will add some friction to the adoption of this system. First, a bank’s expansionary abilities are limited by the number of non-patrons that use the bank’s off chain wallet. If a depositor spent bitcoin at a business that does not use the same bank as the depositor, the bank must send real bitcoin across the blockchain to that business. This necessity severely diminishes the extent to which the bank can expand the money supply through off chain transactions, since it has to have more bitcoin on reserve to send to non-patron businesses and individuals.

This problem resembles that of a bank issuing private paper notes in a free banking system with a gold standard. This bank’s expansionary capability depends on the amount of people that accepts its notes as payment. The wider the note’s acceptance, the more notes the bank can issue in excess of its gold reserves, and vice versa.

However, this friction creates an entrepreneurial opportunity to develop a standard, off chain wallet that can be adopted by all banks. Such a development would be the equivalent of all private banks agreeing to issue the same paper notes. So, this first inefficiency will definitely hinder the banks’ ability to expand the money supply through off chain transactions, but it may be a temporary problem.

Second, banks attempting to use off chain transactions to run fractional reserves may discover that people do not really want to use bitcoin banks in the first place. People in a bitcoin economy may prefer to store their coins in wallets that they have full control over, rather than trusting a third party to store their money. This second inefficiency is more ambiguous than the first, and is not an inherent flaw in off chain transactions themselves. Nevertheless, this problem will still make it hard for bitcoin banks to run fractional reserves, because they may have a hard time attracting patrons in the first place.

To conclude, off chain transactions can be both a blessing and a curse. In the case of ChangeTip, this type of transaction has fostered an incredibly useful service that many people in the Bitcoin community love and use often. On the other hand, off chain transactions may serve as the gateway to fractional reserve bitcoin banking, which in turn would bring business cycles to the bitcoin economy. Ultimately, the individuals of the market will decide whether or not fractional reserve banks benefit them. I think that if people understand the nature and causes of business cycles, they will opt to reject bitcoin banks altogether. If this is the case, then fractional reserve bitcoin banks will not exist, much less pose a threat to economic stability. However, we should not underestimate the human desire for convenience and lack of responsibility; it is entirely possible that people will want the safety of bank storage and will not care if the bank uses off chain transactions to inflate the money supply. To prevent this from happening, entrepreneurs will have to develop desktop wallets provide bank-level security with virtually no learning curve.

Do you think banks will try to use off chain transactions to run fractional reserves? Let us know in the comments below!