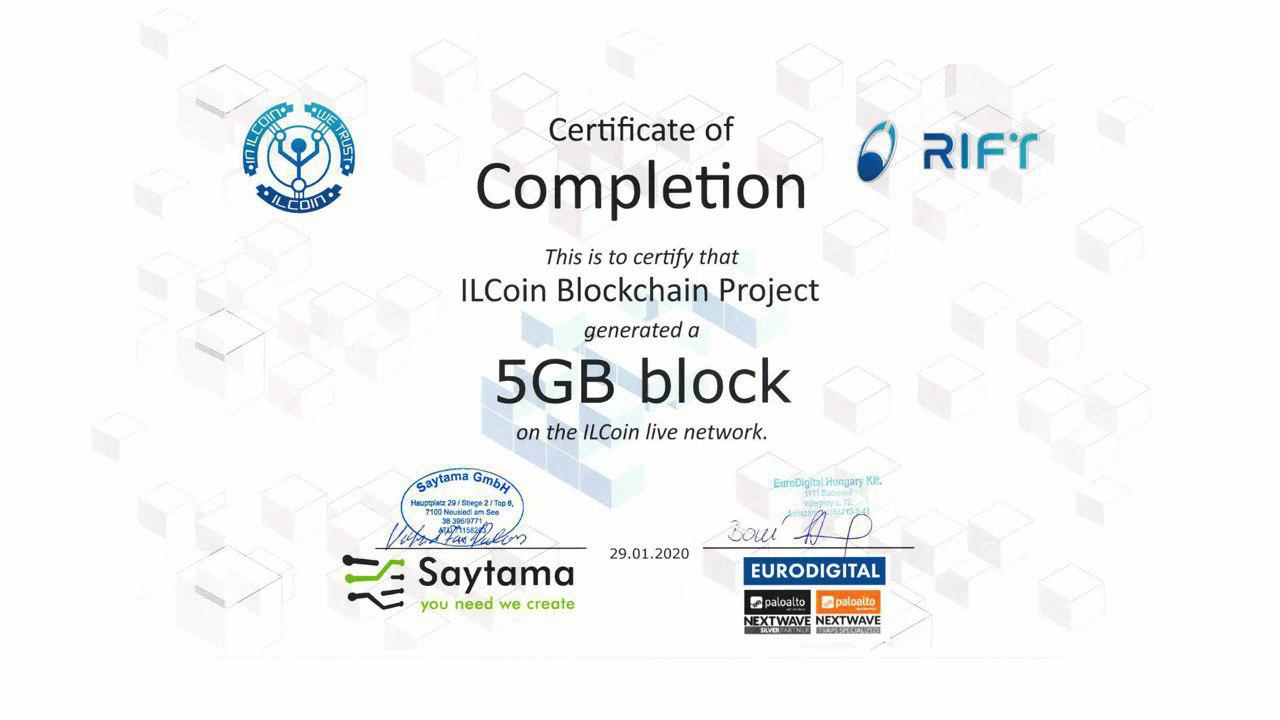 DUBAI, UAE, [March 11, 2020] — A Palo Alto Networks Partner has recently announced that it has certified a 5G block from the ILCoin project after successful testing on a live blockchain network.

The production of a 5GB block became possible through the use of the RIFT protocol, which allowed ILCoin to significantly increase the block size while maintaining transaction speeds. 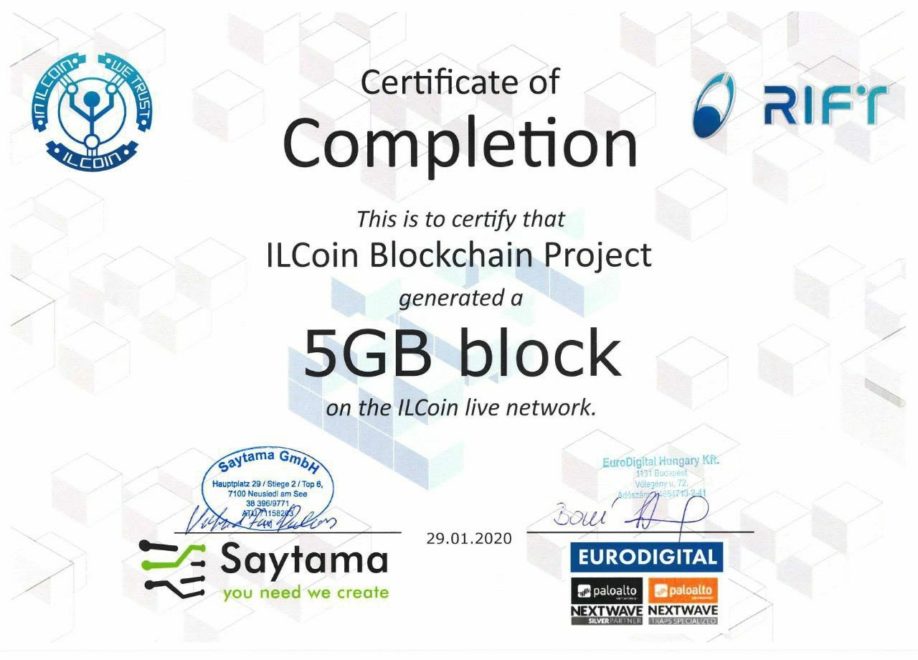 “RIFT protocol disrupts the very concept of blockchain: mainly with the idea that simultaneous asynchronization is, in fact, technically possible. With RIFT, we are able to solve both the FIFO and the bottleneck problems and manage large blocks at unprecedented speed,” – explained Norbert Goffa, the Executive Manager of ILCoin.”

The 5GB block generated by the ILCoin project can be verified through the ILCoin Block Explorer under number 310280 on the ILCoin live network (BlockHash: 000000000000027b27a4df36d444336756ba14c71d2bbd6af91442166447dcdc). The open-source Qt-wallet, available for Windows, also allows verifying its validity. The verification procedure requires users to install the Qt-wallet and synchronize the blockchain before opening the Debug window, selecting the Console tab and entering the “getblock” command to retrieve the information on the block hash.

The RIFT protocol relies on a 2nd layer blockchain solution based on mini-blocks with their own block numbers pointing to the last mini-block added to the network and the parent block. The references included in mined parent blocks point to mini-blocks, which, in turn, contain references to transactions. The automatically generated mini-blocks, which are not mined, result in the creation of separate blocks, thus allowing for increasing block sizes and solving many of the issues associated with scalability.

The properties of RIFT allow it to effectively solve the scalability issues and establish a reliable technological basis for the economically efficient use of distributed ledger technologies. The RIFT protocol bypasses the First In, First Out method, which resulted in network bottlenecks, as larger blocks congested the system with smaller block queues in expectation of confirmation.

The successful production of a 5GB block, as well as the launch of the RIFT protocol by ILCoin allow the project to offer entirely new decentralized, asynchronous solutions that have already outpaced speeds of VISA by over ten times. Equally notable is the fact that RIFT has resolved the issues associated with scalability and transaction speeds, making it the solution of choice for many industries.

More details about the certification can be found on the project’s website and in Telegram channel.

Disclaimer: The information presented here does not constitute investment advice or an offer to invest. The statements, views, and opinions expressed in this article are solely those of the author/company and do not represent those of Bitcoinist. We strongly advise our readers to DYOR before investing in any cryptocurrency, blockchain project, or ICO, particularly those that guarantee profits. Furthermore, Bitcoinist does not guarantee or imply that the cryptocurrencies or projects published are legal in any specific reader’s location. It is the reader’s responsibility to know the laws regarding cryptocurrencies and ICOs in his or her country