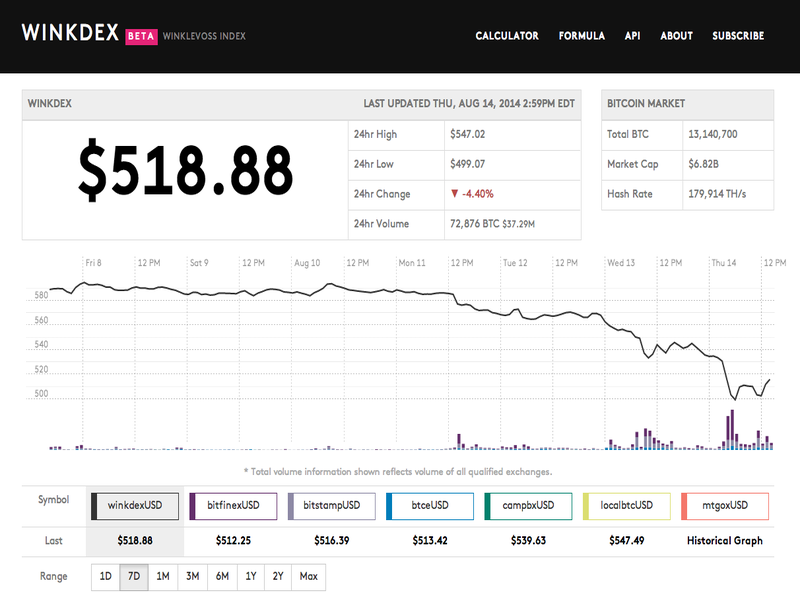 I am sure you noticed within the last couple of days the value of a bitcoin has dropped by about 20%. If you look for some news that can somehow be correlated with this, you aren’t likely to find such a clear indication for this event.

Fear…
Usually when bitcoins price falls so dramatically, it causes others to panic and sell off their bitcoins even though there may be no apparent reason for such a price swing. If it was a whale, although unlikely, you would have to consider the motivations for placing a large sell orders on exchanges. Placing large sell lots of bitcoins on exchanges is less profitable than selling to private bidders for the most part as illustrated in the US Marshal Service’s auction, simply because there isn’t that much liquidity.

Bitcoin’s price volatility is nothing new, many cases have been documented over years with bitcoin price decrease of over 60% in short time periods. During these times you will see a new bitcoiner post something along the lines of “What’s Happening?” and to which they will get a response of “never been on the bitcoin roller coaster?”

Uncertainty…
There has not been much news as of late to suggest such pessimistic outlooks for Bitcoin. BitLicense was weeks ago and to say that the proposed legislation is now having an effect would be somewhat ridiculous. Bitstamp changing banking partners… well this isn’t likely the cause either considering the Winkdex chart shows most of the volume came from Bitfinex.

The fact is, no one knows for sure. For bitcoins to be a viable alternative to other currencies it will have to be stable. However, many propose that bitcoins aren’t currency and are more comparable to that of gold like digital asset. Then, some just think bitcoins are mere tokens playing a part in the payment network.

Doubt…
If you are a real bitcoiner, then you should have no doubt that the technology is revolutionary. It’s not if, it’s when it will be mainstream. Thankfully, there are real solutions to the fear and the uncertainty problem in the short-term and ones called Realcoin. Although announced a few weeks ago, I thought I would clear up some of the misconceptions.

Realcoin is a digital currency backed 1-to-1 to the dollar. Around the world and especially in developing countries, people want the stability of the dollar. Bitcoin may be great for giving capital more mobility, but in the short-term, it may not be a great way to preserve that capital.

Realcoin utilizes the bitcoin network, but with the stability of a backed asset. In pretty much every country people know the dollar and in some cases the dollar is preferred over the home currency, especially in Latin America.

“The one thing they know already is US dollars and that’s the thing they desperately want. They don’t know what Bitcoin is yet and Realcoin is a great way to get them into dollars, utilizing blockchain technology. They’re going to see Bitcoin every time they’re opening up those apps. Eventually they’re going to want a deflationary currency over inflationary currency. I think it’s probably the best way to drive substantial, sort of mass adoption.” said Brock Pierce Realcoin founder.

Some in the community proclaimed that Pierce’s project was anti-Bitcoin and stated that there wasn’t a need for another altcoin. In my view, they are wrong. Realcoin is built on top of Bitcoin, therefore increasing Bitcoin’s overall utility. If that gives my bitcoin more value, I am happy. Realcoin’s applications are also dependent on the community just like bitcoin. Realcoin only does issuance and redemption, so developers, you have the freedom to make some killer wallets and apps.

A similar service launched recently by Coinapult called Coinapult Locks can store your bitcoins value in dollars, euros or gold and lock it in at today’s price. This was called a great development. Realcoin, on the other hand, locks in the value of a dollar and can be transmitted and keep its worth without having to relock the rate and realcoin didn’t get much of the same light.

So, why was Realcoin called a bad idea? I think it was a little miss information, both ideas are great and it all comes down to whatever helps bitcoin reach mass adoption. So, go help spread bitcoin, whatever way possible.