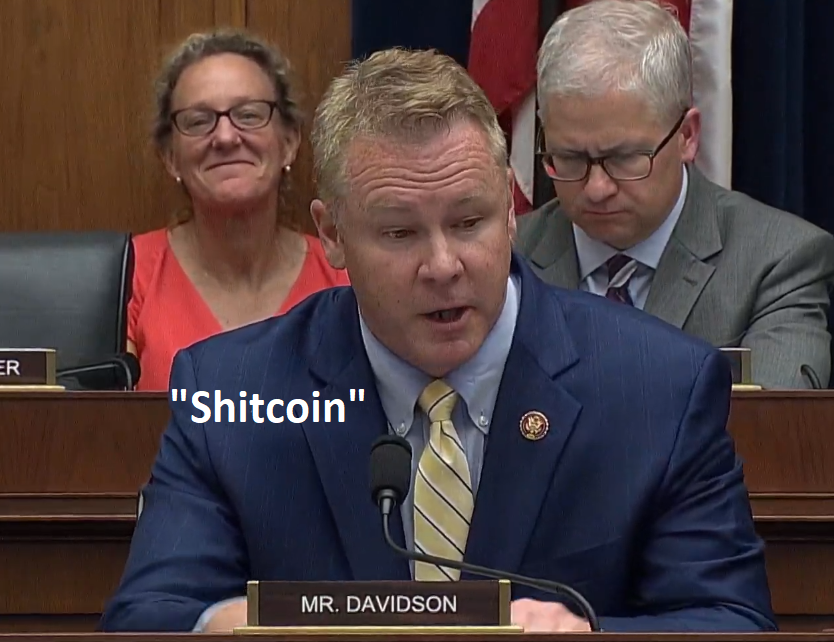 by Martin Young
in Altcoins, Bitcoin
0

Yesterday’s US Congress hearing was largely about lambasting Libra and Facebook’s financial global domination ambitions. A few other snippets emerged from the meeting, however, and not all are bad for bitcoin and the crypto industry.

The consensus of opinion from senators at yesterday’s hearing was that Facebook is dangerous and any efforts at launching its own digital currency should be highly regulated, if allowed at all. This comes as no surprise considering the company’s recent debacle with data protection and cyber security. The social media giant has yet to demonstrate that it is trustworthy enough to handle global finance and congress hammered that point home.

The “Examining Facebook’s Proposed Digital Currency and Data Privacy Considerations” hearing followed one on keeping big tech out of finance, which is clearly the agenda here. Calibra head, David Marcus, was in the hot seat again facing some serious questions, many of which he could not find answers for.

Facebook has clearly stirred the hornets’ nest of crypto regulation and many fear a wider clampdown on the fledgling industry. There was a lot of bullish sentiment from the hearing, however, with one senator asserting that you can’t kill bitcoin. North Carolina House Representative Patrick McHenry, told CNBC exactly that adding that even the Chinese with their firewall could not kill BTC:

Binance boss Changpeng Zhao reacted stating ‘So basically, congressmen are: bullish on bitcoin, just not so hot on Libra.’

Maybe it is coincidence that for the first time in quite a while altcoins are outperforming bitcoin today. Congressman Warren Davidson may have reignited interest during the hearing with his ‘shitcoin’ comment which was a clear reference to Libra.

A lot of people in this space will use a phrase that you may be familiar with: ‘there’s bitcoin, and then there’s shitcoin,’ … All these features are different from many of the things people call colloquially ‘shitcoin’ because the value can be distorted by a central authority, so people do really have their assets at risk.

Bitcoin maximalist and president of the Nakamoto Institute, Michael Goldstein, added: “Shitcoin” is not profanity. It is a highly technical term in monetary economics.

"Shitcoin" is not profanity. It is a highly technical term in monetary economics.

I sincerely thank @WarrenDavidson for introducing such an important concept to the rest of the members of the US Congress. pic.twitter.com/0S7NVjn4AH

As if by divine intervention, bitcoin returned to tap $10,000 a few hours ago and some altcoins have managed to bank double digits gains today.

Litecoin is leading the alt market recovery among the top 10 cryptos, with a pump of 18% as it heads north of $90. Halving FOMO may have returned as the big event is now only 17 days away, so further gains could be on the cards for the ‘digital silver’ project.

Did the ‘shitcoin’ shill awaken the sleeping altcoin market? Add your thoughts below!