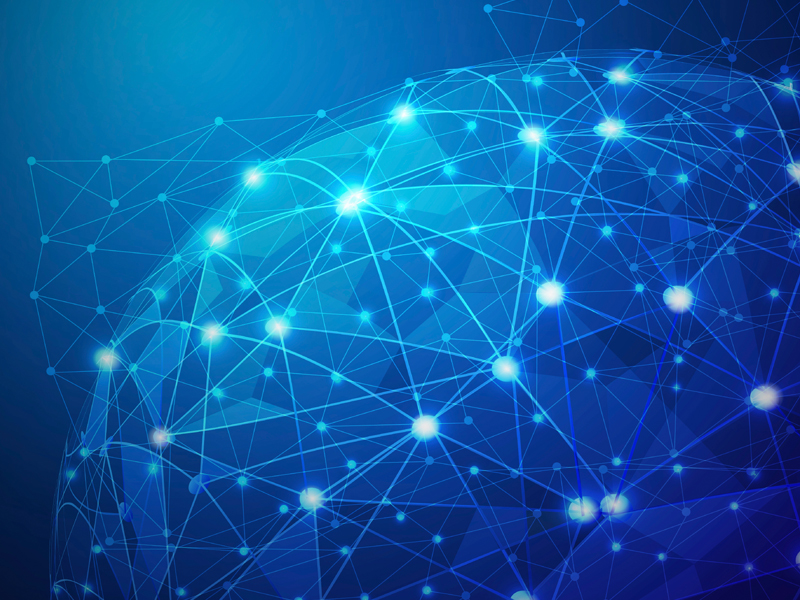 A lot of 2.0 projects have fallen by the wayside, but currently, Ethereum (ETH) development has continued to show its decentralized blockchain platform wants to stick around for the long run. Startups, legacy institutions, and developers using the programmable currency are popping up left and right. Below is a list of six projects using the ETH blockchain to try and conquer many different 2.0 tasks. Then we discuss a few competitors in the crypto-environment going after some the same goals. As time progresses in this world of decentralized distributed ledgers, the race for 2.0 technology continues. 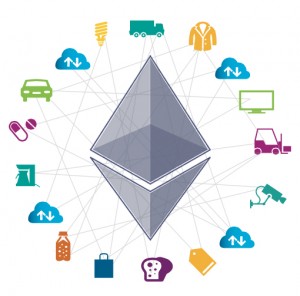 In January of 2015, IBM revealed its ADEPT proof of concept in a paper called “Device Democracy Saving the future of the Internet of Things.” The report explains the importance of the blockchain and its use case scenarios within the IoT environment becoming “revolutionary as a transaction processing tool.” ADEPT has chosen to use a fork of the Ethereum code for its mission and the use of autonomous telemetry. IBM’s paper describes how they envision the project saying,

“In our vision of a decentralized IoT, the blockchain is the framework facilitating transaction processing and coordination among interacting devices. Each manages its own roles and behavior, resulting in an “Internet of Decentralized, Autonomous Things” – and thus the democratization of the digital world.”

The Ethereum powered Airlock is called “the next generation keyless protocol.” The platform uses two primary users lockmasters and keyholders which can lock or unlock a lockbox mechanism. Airlock states on its website, “Lockmasters seamlessly grant permission to Keyholders who can access a property or lockbox under specified conditions.” The advantage of using Ethereum’s smart contracts allows Airlock’s DApp (Decentralized Application) to create a programmable environment that can operate device automation the developers say.

Last year Microsoft announced its new cloud-based Blockchain as a Service (BaaS) platform Azure. The company has announced many different types of distributed ledgers within the projects research and development. Blockchains such as Ripple, Factom, and Emercoin have been introduced to the system, but the media has focused its attention on Ethereum. Just recently R3 CEV told the world it was using the Ethereum protocol through Azure to connect 11 banks together for a Bank-to-Bank (B2B) platform. The Microsoft cloud platform has also revealed its first Technical Preview of Azure Stack, which shows the public the projects manifestation.

Algorythmix is a blockchain based credit rating and KYC platform that just won the first prize in the Citi Mobile Challenge. The platform “Cetas” is a decentralized prototype that uses blockchain technology to bifurcate the traditional way credit ratings are handled. Algorythmix gave a statement to IBTimes UK saying, “Cetas is a decentralized platform which enables sharing of the KYC data using blockchain. The platform has an added a layer of decentralized credit rating function and advanced functionalities to address the problem of scale.” The blockchain service also has other projects which have not been conceived yet. One is Basil that can calculate cyber security risk for cyber insurance, and Hermes a platform for sensor networks for industrial IoT application. 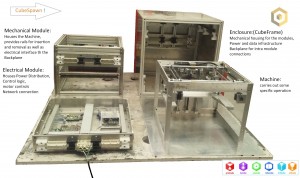 CubeSpawn is an FMS (flexible manufacturing system) that enables big factory automation. The website states the initiative is an “open source project to build cost sensitive, high quality, modular manufacturing machines, mostly from repurposed industrial cast-offs.” The project wants to bring technical advances to everyone so the world can best allocate its resources. It believes “local high-tech manufacturing” is the answer to many global issues the world is faced with. The positives the projects could produce include reduction in long distance shipping, reducing fuel costs, encourage recycling, and ending labor inequalities.

Augur is a prediction market built on top of the Ethereum blockchain. The concept is a tool that allows users to forecast events by using software that understands the odds of basically any probability better than you do. This could make betting on sports games, elections, and future events easier because the protocol is meant to be more consistent. Augur uses a token within its system called REP (reputation) that gives a user more trust in the network. After an event occurs those who use the system more truthfully get rewarded REP. The startup just recently finished a crowd sale and also created the first contract on Ethereums Frontier.

The Ethereum project is seeing a lot of developers messing around with the code and people are finding use cases. Despite all this the programmable currency has competition in its radar with organizations who also want to achieve the same goals. Maidsafe, Tau Chain, and Counterparty are other projects that aim to do some similar objectives that Ethereum wants to encompass. In November of 2014, Counterparty sparked controversy by porting the ETH software to its platform. The project says that it uses Bitcoin’s ledger within its network stating on its website, “Counterparty is a free and open platform that puts powerful financial tools in the hands of everyone with an Internet connection. By harnessing the power of the Bitcoin network, Counterparty creates a robust and secure marketplace directly on the Bitcoin blockchain.”

Another contender or friend is Rootstock. The platform uses Bitcoin’s blockchain as opposed to an alternative token. Rootstock is said to have the same abilities as Ethereum, and its developer says that they could compliment each other. Diego Gutierrez Zaldivar co-founder of Rootstock says in a reddit post:

“The good thing is Rootstock VM is fully compatible with Ethereum VM so now you will have two platforms to run your application with two different security models and user bases. We are actually empowering the Ethereum development community not threatening it.”

Tau Chain is another project that claims it also will be able to take the 2.0 game to the next level. The developers of Tau believes that Ethereum’s Turing completeness is not necessarily the right direction. Ohad Asor of the Tau teams also says that its platform doesn’t need a token like ETH to operate saying, “Ethereum’s model requires a coin (“fuel”). Tau doesn’t need a coin: the users can agree on the economic characteristic of the network and define any kind of incentive they find adequate, whether globally over the whole network or over their local Tau client.”

Maidsafe is a project that has been said it could be a friend of foe to ETH as well. The project aims to be a decentralized peer-to-peer internet platform and has similar attributes to Ethereum. Some say that Maidsafe can be considered a decentralized storage layer with a multitude of applications. Maidsafe, stands for “Massive Array of Internet Disks, Secure Access For Everyone” and wants to change the landscape of the web with its 2.0 platform.

Ethereum does have its competitors and developers are gearing up their platforms to operate with similar goals in mind. Most of these different networks have been in the top ten cryptocurrency market capitalization at one time or another and are shooting to be right below Bitcoin. There are other projects that do not have as much attention on them right now like Hivemind, which also works with prediction markets like the Augur platform. The project says it is “a Peer-to-Peer Oracle Protocol which absorbs accurate data into a blockchain” and also will incorporate similar 2.0 features to its system. The Ethereum project is definitely not alone in this landscape of smart contract technology, and highly developed blockchains as we’ve seen in the past it will have to continue strides of its own to gain a network effect.

What do you think about these Ethereum projects and the turing complete protocols competitors? Let us know in the comments below.

Disclosure: Bitcoinist is not associated with any of the above-named projects.

Coinplay Sportsbook: A Quick Guide To A Legit And Crypto-Friendly Sports Betting Platform