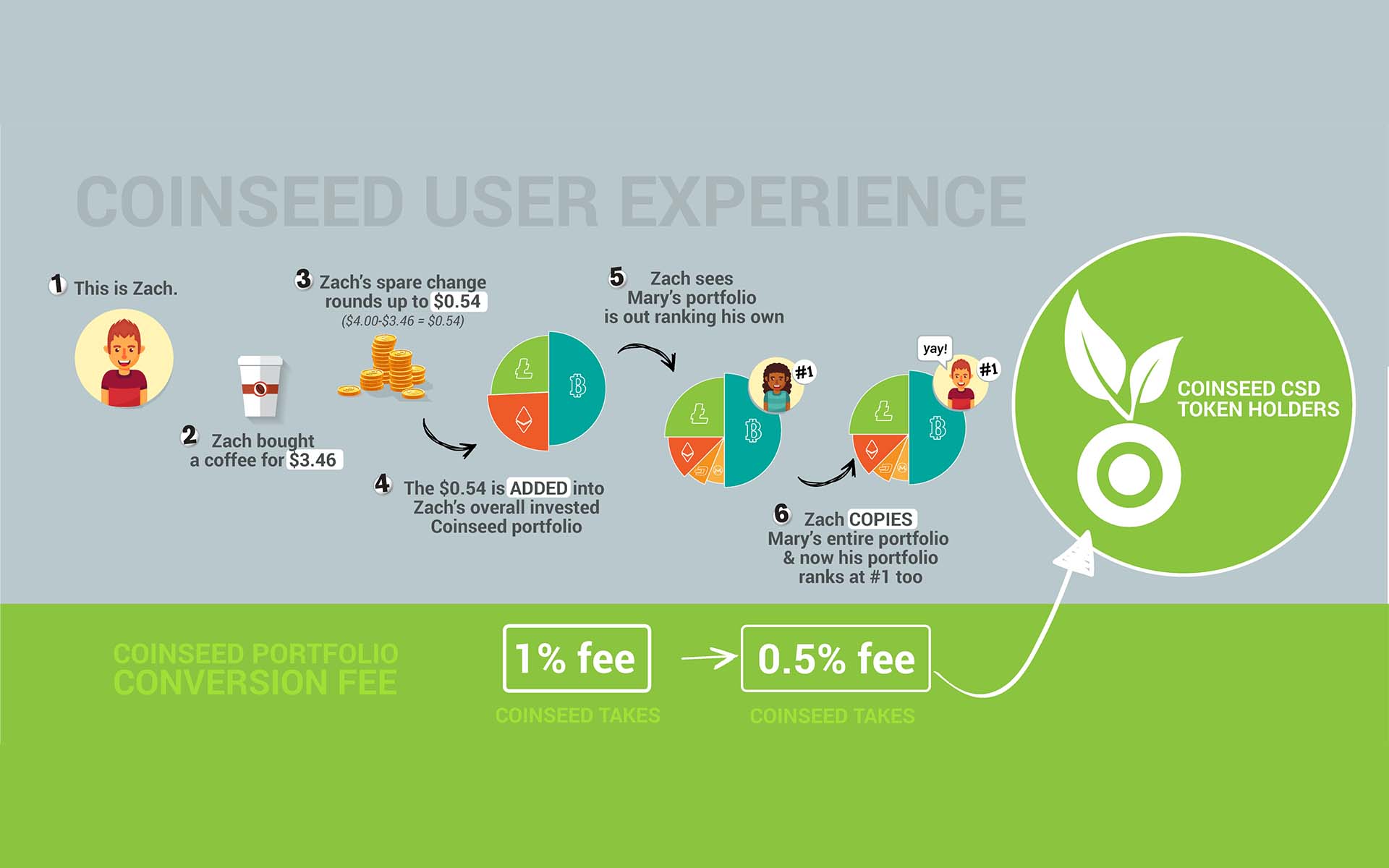 Cryptocurrency investment startup Coinseed, announced that it had raised $1 million in the first 12 hours of its ICO. They also recently announced the global release of their mobile app – that lets its users invest their spare change in user-created cryptocurrency portfolios.

One of Coinseed’s unique features is that users can copy other users’ portfolios which are ranked by return with just a click. Currently, the Coinseed platform has the biggest 11 cryptocurrencies that you can choose from to create your investment portfolio and is planning to add more soon.

Originally, Coinseed was started when the founders saw that there was a huge demographic interested in cryptocurrency investment but found it inaccessible because using wallets and exchanges to buy and sell was too complicated. Most people want to start off by investing small amounts to learn more about crypto.

A lot of our app users found us because they were looking for a solution to make it simple to buy small amounts of cryptocurrency without risking too much. We believe that Coinseed app delivers this seamlessly. Now that we’ve launched globally, we’re giving the whole world an opportunity to test our creation

The Coinseed ICO has been carefully planned to be a highly attractive proposition for investors. In fact, only 2% of ICOs out there has a live product and real users before their ICOs. This puts Coinseed into that rare 2% of all ICOs. “We’ve rolled out a constant stream of fresh features in the app and have also added a well-rounded group of highly experienced advisors and team members. We are already profit positive. We think that combination of the limited supply of our tokens and product offering makes it very compelling to ICO contributors” said co-founder Sukhbat Lkhagvadorj. Coinseed’s pre-ICO fundraising round came in at $200,000, and they are raising a further $10 million during their crowdsale that began on March 20th.

NOTE: US citizens are not able to participate in this ICO.