With Bitcoin halving 2020 approaching, many are looking towards the future trying to predict what mining might be like in 100 years from now. What we do know is that miners will receive just 1 satoshi per block reward for the last bitcoin mined, but how much could that be worth by then?

Bitcoin mining started gaining in popularity again this year, after Bitcoin price triumphantly returned above the psychological $10K level. Since the end of the Crypto Winter, Bitcoin’s hashrate has continued to smash previous records as more and more computing power is committed to the network.

As many already know, BTC mining rewards go through a process called halving after every 210,000th block. Since each block lasts approximately 10 minutes, the halving process happens roughly once every four years.

The next halving process is scheduled to occur in about half a year, in April/May 2020. On the occasion, mining rewards will drop from the current 12.5 BC per block to 6.75 BTC per block. As the halving continues, experts have predicted that Bitcoin’s total supply of 21 million BTC will be mined by the year 2140. By that time, mining rewards will have dropped to just a single satoshi (0.00000001 BTC) per block.

Miners will get 1 Satoshi as a Mining reward in Year 2140#Bitcoin #India pic.twitter.com/oKFwqM4qXR

Bitcoin mining through the ages

BTC mining started on January 3rd, 2009, when Bitcoin’s creator, Satoshi Nakamoto, mined the Genesis Block — Bitcoin’s very first block. Back then, the mining rewards were 50 BTC per block. A staggering $420,650 per block at today’s prices.

When designing the Bitcoin protocol, Satoshi Nakamoto programmed block rewards to decrease over time as demand for the asset rose. This programmable scarceness is what makes Bitcoin unique from fiat currencies and precious commodities. 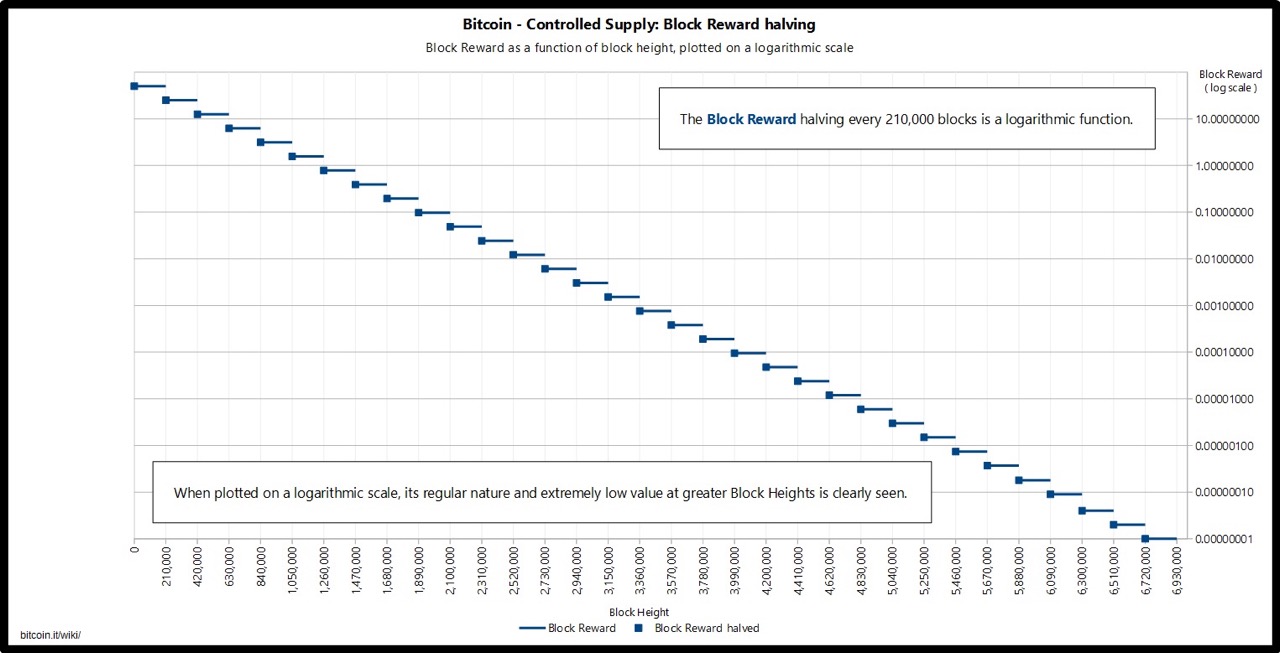 Once the year 2140 passes, miners will receive income from BTC transaction fees alone. By that time, the expectation is that Bitcoin will be able to process tens of thousands of transactions per block, which should generate enough income for miners to sustain operations. It’s also likely that in the next 120 years there will have been significant improvements in cleaner energy, not to mention more sophisticated mining machines, which should make mining much more financially viable than it is today.

The mining industry is filled with all kinds of speculations. Many have been wondering whether mining will remain as popular with reduced rewards in the future, and many have pondered how valuable BTC might become in the next 120 years.

Some market commentators believe that Bitcoin price could be worth as much as $4,205,714 per coin , and some believe a single satoshi could be as much as $1,000.

Another ponderation is whether or not China will remain the crypto mining powerhouse that it is today, or whether another country will take its place. At one point, China was close to banning the mining process, only to have the very idea removed from its list of industries and activities that should be banned, only a week or two ago. Now, we’re seeing Bitmain and a number of other mining firms set up shop in Texas to take advantage of its stable renewable energy opportunities.

However, with so much change to be expected over the next century, it’s impossible to really say how the crypto landscape will look.

What do you think about the future of BTC and mining? Do you expect BTC to still be here in 120 years? Let us know in the comments below.